On 29 September 2021, the EU General Court (GC) annulled Council decisions approving trade and fisheries agreements concluded between the European Union and the Kingdom of Morocco. An earlier post by Eva Kassoti gave an overview of the factual and legal background to the judgments and offered insightful critical analysis. This post will focus on how the GC approaches the issue of how the EU authorities could receive the ‘consent’ from the people of Western Sahara.

A key difference is that, unlike the agreements that were challenged in the 2016 and 2018 cases, the agreements challenged in the 2021 Front Polisario cases (the EU-Morocco Sustainable Fisheries Partnership Agreement and on the amendment of Protocols 1 and 4 to the EU-Morocco Association Agreement) explicitly applied with respect to goods originating in the territory of Western Sahara. The Council Decision approving these new agreements referred to the need to respect the CJEU’s previous case-law:

“In view of the considerations set out in the Court of Justice’s judgment, the Commission, together with the European External Action Service, took all reasonable and feasible measures in the current context to properly involve the people concerned in order to ascertain their consent. Extensive consultations were carried out in Western Sahara and in the Kingdom of Morocco, and the socioeconomic and political actors who participated in the consultations were clearly in favour of concluding the Fisheries Agreement. However, the Polisario Front and some other parties did not accept to take part in the consultation process.” [preamble, 11th recital, emphasis added]

When analysing whether the people of Western Sahara would ‘benefit’ from the agreements, however, the Commission examined the question almost entirely in economic terms: “By promoting a convergence of rules with EU standards in various fields, the Agreement will lead to indirect improvements in areas such as working conditions (including safety), labour legislation (including child labour), plant health measures and consumer protection.” It downplayed the serious concern that the agreement would have the effect of cementing the status quo and consolidating Morocco’s illegal occupation of the territory. Front Polisario explicitly rejected the amendment to the EU-Morocco agreements extending tariff preferences to products from Western Sahara, arguing that such an extension would be viewed as consolidating Morocco’s sovereignty over the territory. The European Commission brushed aside these concerns, considering them to be “political reasons unrelated to the amendment itself.” The Commission (and European Parliament) had the narrow view that extending lower tariffs to goods originating in Western Sahara would benefit the ‘population’. As Kassoti argues, the institutions and Court fail to examine the EU’s international law obligations arising from concluding an agreement with an occupying power in relation to an occupied territory. Moreover, the Court does not examine whether the Union’s policy constitutes recognition as legal a situation resulting from a violation of the people’s right to self-determination.

The EEAS and Commission interpreted the previous judgments to mean that the Union could conclude agreements with Morocco that apply with respect to the territory of Western Sahara if those agreements were concluded “for the benefit” of the people of Western Sahara. Where did this idea come from? The concept can be traced back to a 2002 letter by Hans Corell, requested by the United Nations Security Council, which dealt with some of the international law issues related to the economic exploitation of mineral resources in Western Sahara. The request and letter involved a very different situation, that is, the legality of private law contracts concluded by Morocco with respect to the territory of Western Sahara. It involved an analysis of the law relating to Non-Self-Governing Territories, and the principle of the “permanent sovereignty over natural resources”, included in Resolutions of the UN General Assembly and UN Security Council, the 1966 International Covenants on Economic, Social and Cultural Rights and on Civil and Political Rights, judgments of the International Court of Justice and state practice. Corell advised that resource exploitation in the Non-Self-Governing Territories would be compatible with the Charter obligations of the administering power if they were for the benefit of the peoples of those Territories. The 2002 letter focused on mining contracts, and did not examine the separate issue of concluding an international treaty – as the EU has done – that involves agricultural goods and fishing resources. The General Court noted these important differences and concluded “the Council was wrong to consider that it could rely on the letter of 29 January 2002 from the United Nations legal adviser to substitute for this requirement the criteria allegedly set out in that letter.”

The CJEU’s Western Sahara judgments have also engaged with the principle of the relative effect of treaties, enshrined in Article 34 of the Vienna Convention on the Law of Treaties (VCLT). According to this principle, “a treaty does not create either obligations or rights for a third State without its consent” (pacta tertiis nec nocent nec prosunt). In Brita the CJEU extended the concept of “third states” used in Article 34 VCLT to include “third parties”. In the 2016 Front Polisario judgment, the CJEU considered Front Polisario to be a “third party” within the meaning of the pacta tertiis principle:

“… that third party may be affected by the implementation of the Association Agreement in the event that the territory of Western Sahara comes within the scope of that agreement, without it being necessary to determine whether such implementation is likely to harm it or, on the contrary, to benefit it. It is sufficient to point out that, in either case, that implementation must receive the consent of such a third party. In the present case, however, the judgment under appeal does not show that the people of Western Sahara have expressed any such consent.”[para 60, emphasis added]

Following the judgment, Morocco’s Foreign Minister Nasser Bourita and the EU’s High Representative for Foreign Affairs, Josep Borrell said in a joint statement that they would “take necessary measures to ensure the legal framework guaranteeing the continuation and stability of trade between the EU and Morocco”. The judgment will be appealed, and the General Court delayed the effects of its judgment pending such appeal. Analysis of the previous Front Polisario and  Western Sahara Campaign UK cases shows how the EU Court seeks to strike a careful balance. On the one hand, they sought to ensure that EU institutions exercise their power in accordance with international law. On the other hand, the previous judgments kept the international agreements with Morocco intact, preventing potential political fallout of annulling an agreement with the EU’s close neighbour and partner. It is possible that, on appeal, the Court will similarly find a way to maintain the legal effects of the EU-Morocco Agreements while maintaining the appearance that the EU respects international law. The Court may find, for example, that the EU institutions acted within their margin of discretion when deciding how to obtain the consent of the people of Western Sahara. Alternatively, the Court may consider that the applicant is not ‘directly concerned’ by the Decision and deny the applicant standing on procedural grounds. The Court’s assessment will focus on the dispute through the lens of EU law, and is unlikely to address the broader and more fundamental questions relating to occupying powers, and the EU’s obligations towards a non-self-governing territory.

DOWNLOAD PDF
LICENSED UNDER CC BY SA
SUGGESTED CITATION  Odermatt, Jed: Contesting Consent: Why the EU-Morocco Trade Agreements Were Concluded Without the Consent of the People of Western Sahara, VerfBlog, 2021/10/07, https://verfassungsblog.de/contesting-consent/, DOI: 10.17176/20211008-061303-0. 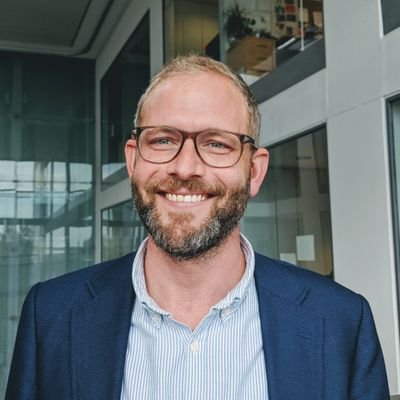