On 29 September 2021 the General Court (GC) issued two important judgments (in joined Cases T-344/19 and T-356/19 and in Case T-272/19) annulling the Council decisions on the conclusion of the EU-Morocco Sustainable Fisheries Partnership Agreement and on the amendment of Protocols 1 and 4 to the EU-Morocco Association Agreement. These judgments are the latest instalment in the continuing Western Sahara saga before the CJEU and they are of seminal importance both in assessing the Court’s approach to international law in its practice, and, more fundamentally, in assessing the EU’s commitment to the strict observance of international law in its relations with the wider world. This blogpost will briefly sketch out the factual and legal background to the judgments, summarize the Court’s line of argumentation, and provide some remarks on the Court’s Line of argumentation.

Factual and Legal Background to the Judgments

Western Sahara, formerly a Spanish colony, was added to the UN’s list of non-self-governing territories in 1963. In its 1975 Advisory Opinion, the International Court of Justice recognised the right of the people of Western Sahara to self-determination (para. 162). Soon thereafter, an armed conflict broke out between Front Polisario, the main national liberation movement of Western Sahara, on the one hand and Morocco and Mauritania on the other. While Spain and Mauritania withdrew from Western Sahara, Morocco continues to occupy the territory, having annexed it in 1979. The UN General Assembly, the African Union as well as a British and a South African Court have characterised the presence of Morocco in the territory as ‘occupation’ – a status which Morocco itself has vehemently denied considering Western Sahara an integral part of its territory. The EU institutions have carefully avoided pronouncing on the precise legal status of Morocco vis-à-vis Western Sahara and have treated Morocco as the ‘de facto administrative power’ of the territory – a concept which simply does not exist as a matter of international law – despite the fact that Spain remains the legal ‘administrative power’ according to the UN. The EU has concluded a series of agreements with Morocco over the years which have been de facto applied to the territory of Western Sahara and the legality of which has subsequently come under judicial scrutiny in the context of the Front Polisario and Western Sahara Campaign UK cases.

The Grand Chamber of the CJEU dealt with the two cases in 2016 and in 2018 respectively with essentially the same line of reasoning (for detailed commentary see here and here). By eschewing engagement with the question of the legal status of Western Sahara as an occupied territory as well as with the international legal obligations incumbent on the EU exactly because of this status, the CJEU concluded that: (i) Western Sahara had a status separate and distinct to that of Morocco and as such, it was not legally included in the territorial scope of the EU-Morocco agreements; and (ii) that international law, nevertheless, allows the inclusion of Western Sahara in these agreements as long as the people of the territory have consented thereto. Against this background, the Commission entered into consultations with local stakeholders which culminated into the express inclusion of the territory and waters of Western Sahara in the territorial scope of the EU-Morocco agreements.

In the cases at hand, Front Polisario brought two actions for annulment against the Council’s decision to conclude the relevant agreements arguing that the extension of the EU-Morocco agreements to Western Sahara is against international law.

Summary of the Judgments

The GC first ascertained Front Polisario’s capacity to bring legal proceedings under Art. 263(4) TFEU. The Court accepted that the applicant constitutes a ‘legal person” on the grounds: i) that it enjoys limited international legal personality as the internationally recognised representative of Western Sahara with the capacity to undertake commitments in relation to the territory; ii) that it has been recognised by the EU institutions as a legitimate interlocutor in matters relating to the territory; and iii) on the ground of effective judicial protection. Since Front Polisario is the representative of the people of Western Sahara and a party to the process of self-determination, the GC found that the applicant was directly and individually concerned by the decisions.

On the merits, the GC argued that the principles of self-determination and the relative effect of treaties mean that Western Sahara has a status separate and distinct to that of Morocco, and as such, it constitutes a third party to any agreement between the Union and Morocco. Thus, extending the territorial scope of any EU-Morocco agreement to the territory necessarily entails obtaining ‘the consent of the people of Western Sahara’. The Court found that the consultations carried out by the EU institutions did not meet the requisite threshold since they merely involved obtaining the consent of the local population, i.e. the people currently living in the territory, instead of the ‘people of the territory’, namely the Saharawi people. On this basis, the GC annulled the relevant decisions.

The Law of Occupation as a Blind Spot

As far as the Court’s approach to ‘legal personality’ for the purpose of establishing the applicant’s legal standing is concerned, the finding to the effect that Front Polisario enjoys a degree of international legal personality as the internationally recognised representative of the people of Western Sahara which would allow it to also be considered as a ‘legal person’ is a welcome departure from its earlier stance on the matter (see GC’s judgment in Case T-512/12 and comment here). Previously, the Court had eschewed engagement with the issue and examined the question solely from the standpoint of EU law – something that arguably led to inelegant reasoning since at the time the EU had not actually treated the applicant as a distinct person in its practice. By acknowledging that the limited international legal personality of the applicant (which means that Front Polisario may enter into treaty commitments in relation to the territory and is bound by international humanitarian law obligations) is a factor in determining whether an entity qualifies as a ‘legal person’ within the meaning of art. 263(4) TFEU, the Court’s argumentation is brought into line with more recent case-law on the matter (see for example Venezuela v Council) where, while ‘legal personhood’ remains an autonomous concept of EU law, international legal considerations may inform the concept.

On the merits, the GC remained largely within the analytical framework set out by the first set of the Western Sahara cases by stating that ‘the consent of the people of Western Sahara’ is crucial in determining the inapplicability of the agreements to the territory in the light of the Sahrawi people’s right to self-determination and that the separate and distinct status of the territory renders it a third party to any EU-Morocco agreement. Here, the Court (once again) failed to analyse the status of the territory as an occupied one and the international law obligations incumbent upon the EU as a result of this status.

Does this really matter? Yes. Under international law, the duties of non-recognition and non-assistance dictate that third parties (such as the EU) are prohibited from entering into an agreement with an occupying power in relation to the occupied territory unless the agreement acknowledges that the occupying power contracts on behalf of the territory in its capacity as such – and not as the territory’s sovereign. In casu, the EU-Morocco agreements do not specify the capacity in which Morocco exercises treaty-making powers over Western Sahara – something that would have been, in any case, impossible as Morocco denies its status as an occupying power – thereby, raising questions of international responsibility of the Union. By failing to engage with the analytical framework of the law of occupation, the GC essentially implied that the only obstacle to the conclusion of an agreement applicable to Western Sahara is obtaining ‘consent of the people of Western Sahara’. However, it is not impossible that on appeal the CJEU decides that there is a margin of discretion as to how this consent can be obtained (see here). There were stronger arguments to be made in order to ensure that the EU complies with international law: the EU’s duties of non-recognition and non-assistance in conjunction with the fact that Morocco does not acknowledge its status as an occupying power preclude the conclusion of any agreement applicable to the territory. Similarly, Morocco cannot contract on behalf of the territory since it does not legally administer it – and the concept of ‘de facto administrative power’ simply does not exist as a matter of international law.

All in all, the GC here tried to strike a balance between ensuring EU compliance with international law and avoiding pronouncing on the ‘hot potato’ of Morocco’s occupation of Western Sahara. The result is a mixed bag. While the judgments are certainly a step towards the right direction, the Court could have been bolder in ensuring that the EU institutions do not have any room for disregarding international law. 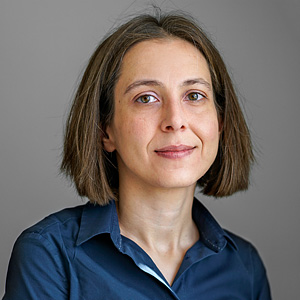 Eva Kassoti Dr Eva Kassoti is a Senior Researcher in EU and International Law and academic co-ordinator of the Centre for the Law of EU External Relations (CLEER) at TMC Asser Institute, The Hague, The Netherlands.