Corporate Liability for Extraterritorial Human Rights Violations – the US in Retreat?

Last week, in a long anticipated decision, the United States Supreme Court decided by 5-4 that foreign corporations cannot be sued in US federal court for human rights violations that occurred outside the US. The Court, divided along ideological lines, excluded the possibility of using the Alien Tort Claims Act (ATCA), an arcane 18th century statute, as a means of bringing such foreign corporate actors to justice in the US; the ATCA confers first instance jurisdiction on US federal courts for torts that violate the law of nations.

The facts of Jesner are horrible to contemplate – the question before the Court involved a suit by Israeli victims for terrorist attacks that occurred in Israel and the Palestinian territories in 2000.  Without redress or attempt at reconciliation, all that was left to the victims’ families was the path of the law – a path that perhaps oddly ran from the Middle East to the US District Court. Since the country’s founding in the 18th century, a little-known statute called the “Alien Tort Act” associated with the First Congress allowed aliens to file in US federal courts where violations “of the law of nations” were at stake.  Here, Israeli victims sued those who they claimed had financed the terror of Hamas and other terrorist organizations, i.e., the Arab Bank.

The revival of the ATCA in the 1980s as a tool in confronting human rights abuses resulted in successful suits or settlements against foreign torturers and genocidaires – Filartiga  involving Paraguayan torturers; Balkans henchman Radovan Karadzic, the Marcos case for Philippine human rights abuses, to name just a few. These decisions created high expectations among human rights activists and international lawyers.

Yet, decades on, as the membership of the United States Supreme Court changed, the Court seemed to question more and more what the basis was for hearing foreign human rights violations in US federal courts; and moved towards limiting such human rights suits.  Recently, certain appeals courts decisions and the Supreme Court have narrowed the scope of the ATCA, including the Supreme Court’s Kiobel judgment where the majority held that there must be a substantial nexus with the United States for jurisdiction to be properly exercised under the ATCA.  In Kiobel, the Court had left the issue of corporate tort liability open. Now, in Jesner, that issue is closed.

The plurality opinion offered a cramped revisionist history of the evolution of corporate liability, a concept which may have few analogs in the 18th century founding period from which the ATCA originated. This, according to Justice Kennedy, was reason to leave the issue of deciding on corporate liability to the legislative branch. Was this a matter of judicial caution, as Kennedy claimed, or rather of creative interpretation?

Justice Sotomayor for the four dissenters saw things differently.  For the dissent, the issue was normative – a matter of federal common law, and well within the Court’s power to decide: “Nothing about the corporate form in itself justifies categorically foreclosing corporate liability.”  The question at stake depended on whether the relevant norm under international law bound only state actors or also private actors. Justice Sotomayor saw no international law norm accepted by civilized nations distinguishing between natural and juridical actors at issue in the case. Sotomayor, rightly in my view, observed that the issue of corporate tort liability was a matter for federal common law, a domain of the Court, and did not depend on the law of nations; it was enough that the law of nations did not per se or generally exclude the responsibility of juridical persons such as corporations.

And nor does it. Indeed, contra Kennedy’s odd recapitulation of history, even in the last century in many jurisdictions, corporations – as such – have been held responsible even criminally in the same fashion for human rights wrong-doings.  Since post-WWII period Nuremberg, corporations were considered responsible for international crimes, and defendants of companies like IG Farben were acting both individually and collectively.  Three corporate entities were held criminally responsible for atrocities – organizations including the SS and Gestapo, because of their corporate criminal purpose – and their members would ergo be responsible under criminal conspiracy law under “Bernay’s brainchild.”  Later on, in the post-Cold War transitions throughout Latin America – e.g., in Argentina – there had been an upsurge in suits for corporate complicity in kidnapping and torture; e.g., against corporations like Ford which helped support the torture centers.  In South Africa, the Truth and Reconciliation Commission processes (TRC) considered business’s significant role in apartheid.  Relatedly, in the Khulumani litigation, there are instances of corporations being held to account for grave human rights abuses.  In the International Criminal Tribunal for Rwanda, heads of factories were prosecuted criminally for genocide.  As we can see, this sort of litigation already exists as a global matter.

Beyond the confusion about whether there was any relevant international law somehow cutting off jurisdiction in this case involving a foreign bank, there was the added judicial caution about taking such cases at all.  Which brings us to the question of the issue of whether when it comes to “humanity law” – cases involving serious human rights violations affecting persons and peoples – whether foreign courts should keep their doors open.  Here, the real issue seemed to be the foreignness of the corporations – not their juridical form – which is just another way of re-raising the question of whether this case offers enough of a nexus to the US, a question already decided in Kiobel. While the Arab Bank had a branch in the US, the majority does not find this to be enough.  In his opinion for the plurality, Kennedy went on to make far broader statements implying that the very act of allowing a basis for human rights litigation would somehow be deleterious to the other countries, – i..e., that the U.S. should not meddle in affairs of other countries relying on a brief of the Administration.

Yet, advancing such a diplomatic immunity for corporations writ large seems outrageous.  To what extent does the Executive have the power to elide its universal obligations to protection of human rights?  Indeed, in the case of Jordan and the Arab Bank, we are talking about whether there is going to be any redress transnationally of the terror financed by a bank of a non-democracy.  The U.S. Supreme Court in what seemed slavish obsequiousness to the Administration claimed that giving plaintiffs a remedy would not “promote harmony in international relations by ensuring foreign plaintiffs a remedy for international law violations in circumstances where the absence of such a remedy might provoke foreign nations to hold the US responsible.”  Au contraire, for the majority “the opposite is occurring.”  Perhaps, because the case involved terrorism, there was more deference here to the Executive branch than might otherwise be the case.  But then we hope this is dicta, as it would go to core rule of law for human rights claims to be simply suspendable by the Executive Branch without any further reasons.

After all, in many instances what we see is that foreign litigation has drawn needed attention to human rights violations that have eluded diplomatic or other political attention.  It’s counterfactual to say the matter is better just left to the country when that country has been at best indifferent – and especially so when one is talking about non-democracies with limited judicial access.  Indeed, what we see instead is that transnational litigation rarely displaces the actions of local actors, but rather that there has been more of a dialogue here – often such litigation has been critical in promoting human rights abroad.  Consider that it was only after US judicial involvement in the Khulumani cases granting redress for their suffering and confiscation under apartheid – brought under the ATCA – that South Africa reconsidered these plaintiffs’ claims and went on to hold the corporations liable.  Similarly, Chile’s strong man and human rights abuser General Pinochet was brought to account in his home country as a result of the doctrine of the Inter-American Court of Human Rights consolidating rights for victims to repair. This happened only after Spain’s extradition attempt whereupon a series of events was put into play.

Of course, the US can exercise prudence particularly in the area of counter terror where there may well be other approaches available such as the Anti-Terrorism Act; and further insist that for litigation under the Alien Tort Act there has to be some connection to the United States. Where such a nexus exists, the Court has still left the door open for suits against individual human rights abusers; it ought not be understood as giving states and/or private actors carte blanche to engage in human rights violations outside of US borders. 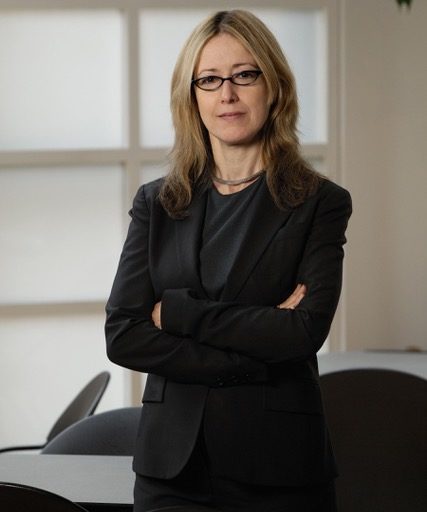