This blog symposium introduces a new collaborative format between Verfassungsblog and the journal Verfassung und Recht in Übersee (VRÜ)  / World Comparative Law (WCL). WCL lays its focus on the analysis of developments in constitutional and public law in states and regions outside Europe and North America (in what used be called the ‘Third World’) as well as their regional and international integration. Founded in 1968 and inspired by the ideals of ‘decolonization’ and fair cooperation, WCL also has a special interest in the entanglements between ‘Global South’ and ‘Global North’, including the presence of the ‘South in the North’. Looking beyond the surface of globalization, WCL promotes scholarship that uncovers the particularities of legal configurations as well as their interdependencies in an interconnected world.

Today we inaugurate these joint symposia with the theme of the recently published VRÜ/WCL Special Issue on Corrupting Democracy? Interrogating the Role of Law in the Fight against Corruption and its Impact on (Democratic) Politics, edited by the authors of this post. It thematises corruption and its conceptual pendant anti-corruption as prototypical hard cases for both the rule of law and for democratic politics. Different forms of corruption remain as prevalent and deeply embedded in political, legal, and economic practice as does the widespread concern with its consequences and the consistently high level of public attention (anti-)corruption episodes command. Indeed, corruption has become a dominant theme in contemporary political discourse across the globe and it has often been turned into a privileged cipher for the generalized critique of the political status quo, whether in (so-called) mature or emerging democracies, or in hybrid or autocratic regimes.

Yet, despite its discursive ubiquity, driven, in part, by its central position in the  global ‘good governance’ agenda and the latter’s manifold echo chambers, corruption has been hard to pin down: its concretizations are always local and highly context-specific, its definition and application to particular types of conduct is almost always politically contested, and its root causes often point to deep history and the very fabric of a particular polity. The law, in general, and legal (anti-)corruption regulation, in particular, has, therefore, not just been the formal framework within which corruption is defined and anti-corruption measures are implemented, but it has, more generally, often also been used to paint over the lack of societal or political consensus over what corruption is, where its causes lie, and how it should be dealt with.

As such, corruption has invariably instigated not merely a legal but a legalist response in which complex socio-economic structures and the political practices they have engendered over time are instantiated and reified as a set of administrative and, increasingly, criminal offenses. What is more, in many (if not all) places it is the operators of the law and especially the courts who have put themselves at the forefront of the anti-corruption agenda, often representing themselves as untouched by the corruption of ‘the system’ (aka ‘normal politics’) and, thus, as harbingers  of a new (and presumably better, ‘cleaner’) politics. Yet, while such anti-corruption legalism can have highly destabilizing (side-)effects, it often resonates as much with public opinion as with multilateral aid and cooperation conditionalities and it, thus, tends to be endowed with considerable degrees of legitimacy.

This dialectic of (anti-)corruption does not only play out differently in different settings but is also perceived and understood in distinct ways. While the global good governance and rule of law promotion agenda provides the basic vision and legal toolbox of streamlined anti-corruption instruments, it interacts with local contexts in complex ways and produces intended and unintended consequences that are often ambivalent and that may be evaluated by different actors as progressive, as regressive or, indeed, as both.

In this blog symposim this overarching theme is explored through differently ‘toned’ but equally engaging contributions on Brazil (and South America, in general), China, Nigeria, South Africa, and South Korea that seek to illustrate the corruption predicament across the wide spectrum of global experiences. In the opening piece, Institutional Modularity in Anti-corruption Enforcement: South American experiences Kevin Davis frames the so-called modular approach to anti-corruption enforcement in the context of South America, an approach inspired by the Brazilian experience of coordinating multiple institutions in enforcing anti-corruption legal arrangements that would present the benefit of avoiding issues of merely transplanting Global Northern arrangements to the Global South ; this narrative is then complemented specifically for the Brazilian scenario around the notorious (anti-corruption) Operation Car Wash in Maria Paula Bertran and Maria Virgínia Nasser’s contribution on Whistleblowing to a Latin tune which zooms in on three tools shared by the OECD Convention and the U.S. Foreign Corrupt Practices Act to fight corruption globally – protection to whistleblowers, prosecutorial discretion, and different forms os negotiated justice- and which problematizes that drive to incorporate the OECD/FCPA framework to Latin American countries; Ugochukwu Ezeh then takes the story to Nigeria, Africa’s largest economy yet long beset by corruption allegations and argues in his piece ‘Of Vampires and Enemies: Why the Securitisation of Corruption Can Endanger Democracy” that corruption in Nigeria has been constructed as a security problem mediated by anti-corruption legalism, with both operating as counterproductive approaches that undermine democratic values, political accountability mechanisms and independent constitutional institutions; Rimdolmsom Jonathan Kabre then turns further South and into the legal process itself in his discussion on The Interplay between International and National Institutions in Fighting Corruptionin which he explores the interplay between international and domestic institutions in fighting counsel corruption, with a focus on the recent experience of an investment tribunal in South Africa; the focus then shifts to Asia, from where Su Bian in his contribution on Legalising Anti-corruption Efforts in China reflects on the stakes of the recent Chinese scheme to fight corruption in light of the promotion of the rule of law in the country, a scheme that focuses on the establishment of a generalized supervisory power over public functionaries in relation to (anti-)corruption; last (but not least), Gwendolyn Domning introduces the South Korean scenario in her post on Restoring Public Trust, which sets out the analysis of the creation of a new anti-corruption institution in South Korea as a crucial part of a broader process of building state legitimacy in the country.

In addition,  we have invited a number of renowned corruption scholars to also engage with this theme on or around the WCL contributions and we are glad to, thus, present complementary inputs from Anne van Aaken, Michael Kubiciel, Till Zimmermann, and Steven Pierce. These diverse contributions do not just showcase the constitutional experience of a cross-section of the Global South but also make that experience productive for the global discussion on the case in point, namely what the law does to corruption and vice versa.

As 2021 nears its conclusion it cannot be left unmentioned that the fact that both the Special Issue and this Joint Symposium were able to be produced borders on a miracle. For the extraordinary conflagration of the Covid-19 pandemic has not only upset academic working routines and skewed publication timelines, but, with over five million dead and many more suffering from the pandemic’s long-term direct and indirect consequences, has also represented an existential challenge for authors and editors alike. That it worked out nonetheless is at once quite miraculous and humbling. May it augur well for the future of the joint symposia. 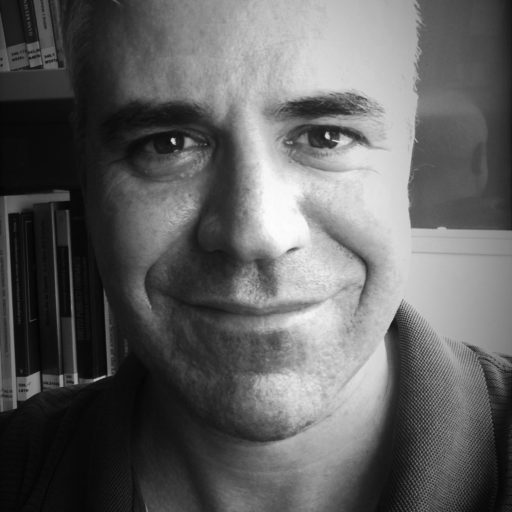