The Hungarian government is scrambling to appear to be fighting corruption so that the Council of Ministers of the EU won’t cut €7.8 billion from Hungary’s allocation under the European budget (MFF). To avoid this large hit, the Hungarian government has proposed some 17 reforms, laid out in an annex to the European Commission’s proposal to the Council under the Conditionality Regulation, to reassure the EU that these funds would be properly spent. If Hungary can convince the Council, it can get the money.

In our last blogpost, we analyzed the Integrity Authority – the new institution at the center of the promised reforms – and showed how it is not structurally independent.  Its three-person board of directors is appointed in a process that ensures political influence at the beginning and a political veto at the end.  In addition, the many powers of this new Authority are more illusory than real as the Authority can neither investigate corruption on its own nor sanction anyone other than other state agencies for violations.  The new Authority cannot even stop a patently corrupt tendering process but can only suspend it briefly.

As we will show, the Task Force is structured like hens trying to organize a safety plan when the local foxes have packed the meeting and dominate the discussion.

What’s the difference between the Integrity Authority and the Anti-Corruption Task Force? The official answer seems to be that the Integrity Authority monitors the public procurement system while the Task Force looks for ways to improve it. The Task Force’s chief novelty in the system is that it brings equal numbers of NGO representatives and government representatives together to consider and to propose new anti-corruption measures. But that’s only the official story. The ability of this group to make major chances is unrealizable when you see how this institution works in practice.

The Anti-Corruption Task Force consists of 20 members plus the chair. Ten members are chosen by various state bodies and ten members are chosen from among non-governmental actors. The NGO members are “invited” into the Task Force by its Chair “in accordance with the decision of the [Integrity] Authority’s Board of Directors”  (Section 54). In fact, President of the Authority and Chair of the Task Force (who, like the Emperor of Austria and the King of Hungary, is the same person wearing two crowns). She makes the list of eligible NGO members herself, after receiving a “binding opinion” from the Eligibility Committee which screens candidates as qualified or unqualified. And yes, this is the very same Eligibility Committee that we explained in our previous blogpost would itself be selected by a government official directly accountable to a member of the government, so its composition is likely to be politically vetted.

Once the Eligibility Committee has made sure that the NGO candidates meet the relevant qualifications, a three-member Board of the Integrity Authority chooses all ten of these pre-screened NGO members for the Task Force Group. Rather than diversifying the selection process or giving the NGO community itself a role in choosing which people represent it, all of the NGO members of the task force are chosen by people who have themselves been screened in a process that is highly dependent on the government. It is hard to imagine this process resulting in more than token representation from any of the important and internationally recognized human rights or transparency groups that have challenged the government’s corruption so far. In the meantime, the Orbán government has cultivated its own heavily funded civil sector organizations that can always be counted on to support the government’s policies. It would not be surprising if they wound up on this Task Force in significant numbers.

To balance the ten NGO representatives, the ten members representing the government are picked by various ministers and the heads of state bodies that, even when nominally independent, are well known to be under the firm control of the government. Six of the state representatives are appointed directly by different government ministers, three are appointed by heads of various security services and the final one member is selected by the head of the National Tax and Customs Administration (NAV) (Section 54).

According to the law, any member of the Task Force can be dismissed if the board of the Integrity Authority decides that the member no longer meets the criteria for membership (Section 58). But while the law specifies detailed membership criteria for the NGO members (for example independence from the government, parties and business interests as well as demonstrated expertise in relevant fields) (Section 57), it specifies precisely no qualifications for those appointed from the government side. As a result, only the NGO-side representatives are subject to dismissal for cause under the terms of the law.

While it appears that NGO representatives constitute precisely half of the formal membership of the Task Force, with the “neutral” Chair in charge, NGO representatives will not be half of the people in the meetings. In addition to the 21 regular members of the Task Force, designated officials from the State Audit Office, Competition Authority, Public Procurement Authority, the Regulatory Authority (overseeing concession rights, tobacco sales and law enforcement), National Judicial Office and the Public Prosecutor’s Office sit in those meetings as “permanent invitees” with consultative and  advisory tasks (Section 55). Given that those six extra meeting attendees come from the very institutions that have allowed corruption to flourish in Hungary for years, and no reform is contemplated for any of those institutions, the Task Force will be in the position of debating changes to address corruption with representatives of the very agencies that got Hungary into this mess sitting right there in the room, participating in the discussion unreformed.

The permanent invitees aren’t the only additional meeting attendees who might be present meetings because the President of the Integrity Authority (who is also the chair of the Task Force) can invite “other persons” who will have the “right to consult” and to be part of the Task Force deliberations, without limit.

So while the statutory structure looks evenly balanced in formal voting rights, the non-governmental representatives will be practically outnumbered in the conversation by people from the state agencies that have operated to break all corruption records inside the EU. This participation by the very agencies most involved in the process of allocating and monitoring EU funds makes it seem more likely that the corrupt agencies will sway the Task Force rather than the other way around. The ten representatives of the NGO community will be outnumbered in the discussion by the ten appointed by various government bodies (in which six will be chosen directly by ministers), six permanent invitees and any other invitees that the Chair alone decides on – plus of course the Chair who has had to pass a number of government filters to get into that job. The extra people in the room who can participate in all discussions of the Task Force are all from the government side.

The best that can be said for the Task Force is that it will probably do very little. It doesn’t anticipate a busy schedule, holding meetings “as needed, but at least twice a year” (Section 61). The agenda for each meeting is drawn up by the Chair with no statutorily defined rights of the non-governmental representatives to affect the agenda, or for that matter, even to insist on meetings.

The tasks of the Task Force are underdefined in the law ( Section 50). The law states that the Task Force should study existing anti-corruption measures and familiarize itself with measures taken elsewhere under EU Directive 2017/1371 on fighting fraud. It should put forward proposals for preventing and detecting corruption. It should write a report on corruption every year.

But no one has to pay any attention to what the Task Force produces. The Integrity Authority “may” take the Task Force’s Annual Report into account in preparing its own anti-corruption report but it is “not obliged” to do so (Section 50(3)).   The government “will discuss” the annual report of the Task Force and if it decides not to implement a proposal made by the Task Force “it will send a detailed explanation of its decision to the Task Force” (Section 52(2)). That’s all.

As with the Integrity Authority, the Task Force may look like a major innovation in Hungary’s institutional infrastructure for fighting corruption, but it simply doesn’t have the independence or the power to make a significant difference in fighting the rampant corruption that EU institutions have repeatedly discovered in Hungary. Reading the legal provisions that create the new anti-corruption institutions recalls Macbeth’s soliloquy in Act 5 of the Shakespeare play:  “it is a tale Told by an idiot, full of sound and fury, Signifying nothing.”

As the Council considers whether to cut the €7.8 billion in Cohesion Funds that the Commission has put on the line, it will have to decide whether this is enough reform to reduce corruption. Otherwise, the Council will be authorizing the release of funds to a government that has already had the worst track record in the European Union, having institutionalized corruption in its autocratic consolidation of power. The reforms that the Hungarian government has authorized don’t begin to crack open Orbán’s system of control through which, as the Commission’s own study found, nearly a quarter of all EU funds provided to Hungary over the last decade wound up in the pockets of a mere 42 politically connected firms.

The Council has a choice. It can cut funds to Hungary until the country is ready to make real anti-corruption reforms or it can pretend that Hungary has done something now that it hasn’t actually done. Or it has a third choice – amending the Commission proposal to cut all of Hungary’s MFF funds in recognition of the fact that the Hungarian government has put forward a plan designed to thwart precisely the sort of changes it has solemnly pledged to EU institutions that it is putting in place.

Rather than giving Hungary a discount for working with the EU to make changes, as the Commission’s proposal to cut 65% of three Cohesion programs was willing to do, the Council should recognize that it is dealing with a Member State that does not recognize the principle of sincere cooperation. The EU should cut funds first to generate an incentive for real change in Hungary, and restore the funds only after it sees results. But the days in which the Hungarian government can say “trust us” and be allowed to divert EU funds to crony companies should end now. 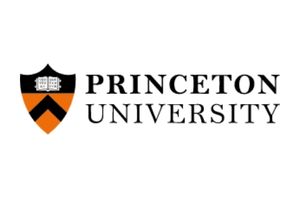 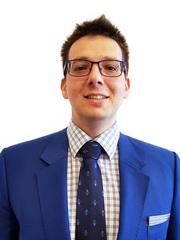 Gábor Mészáros Gábor Mészáros is a UCHV Fellow in Law, Ethics and Public Policy at Princeton University. ORCiD >>
No Comments Join the discussion