COVID-19 in Ethiopia: A Year in Review

It was merely a day after the World Health Organisation (WHO) declared the coronavirus disease (Covid-19) a global pandemic that Ethiopia recorded its first case of infection. On 12 March 2020, a week after entering the country from Burkina Faso, a 48-year-old Japanese national presented himself at a public health centre in the capital city, Addis Ababa, and was diagnosed as having Covid-19. The number of cases in Ethiopia’s estimated population of 110 million climbed steadily in the following months, and by the end of February over 175,000 confirmed COVID-19 cases were reported in what is one of the most populous countries in Africa.

According to official statistics, the infection rate reached its peak when over 2,000 daily new cases were reported in August 2020, after which it began to decline. This was, however, not necessarily because the infection rate of Covid-19 decreased; it was rather because the government cut back on its daily testing for the disease. In September, it had been conducting more than 20,000 such tests a day; from the beginning of September, it reduced them by three-quarters to 5,000, indicating that the actual number of infected individuals was much higher than what was officially reported.

The spread of the corona virus was initially slow, and almost all of the confirmed cases were from Addis Ababa: from March to May 2020, the daily confirmed cases were less than 10. The virus nevertheless continued to spread throughout the country in subsequent months, even though Addis Ababa remains the epicentre and accounts for two-thirds of infections.

Covid-19’s arrival in Ethiopia was especially inopportune, coming as it did when the country was at a political crossroads and the federation under heavy strain as a result of unprecedented intergovernmental disputes. Covid-19 emerged just two years after the three year public protests which began soon after the 2015 elections in which the Ethiopian Peoples’ Revolutionary Democratic Front (EPRDF), the ruling coalition until 2019, claimed 100% victory. The public protests led to a political division within the party resulting in the coming to power of Abiy Ahmed who re-configured the party. It also led to a political antagonism between the federal government and the Tigray People Liberation Front (TPLF), the most influential member of the ruling coalition until recently, and the Tigray state it ruled, culminating in a military confrontation on 4 November 2020. The 2020 pandemic further complicated the political entanglements that beset the federal system, in the process deepening the communal divisions that already threaten the country with disintegration.

All eyes were on the federal government after the outbreak of the coronavirus in Wuhan, China, was reported in January 2020, even so before a global pandemic was declared. This was because only the federal government could have prevented its entry into Ethiopia, given that it is the level of government charged with controlling ports of entry into the country. There were public demands on mass and social media for the federal government to close borders and suspend flights, especially Ethiopian Airline’s flights to and from China; concerns were heightened by the fact that Bole International Airport, located at the heart of Addis Ababa, is one of the largest and busiest airports in Africa as well as home to Ethiopian Airlines, the largest airline on the continent. The federal government initially rejected the demand for the suspension of flights and closure of the country’s borders.

However, it did start taking precautionary measures even before the first case of Covid-19 was confirmed. On 27 January 2020, prior to the WHO’s declaration of a global pandemic, the Council of Ministers ‘activated’ a National Public Health Emergency Preparedness Centre and began preparations to deal with a potential outbreak of Covid-19, with control mechanisms at ports of entry requiring anyone entering the country to undergo a temperature check. In the same period, the National Disaster Risk Management Commission (NDRMC) established a National Coordination Centre (NECC) in which various sectoral agencies were represented (Public Health Emergency Operation Centre (PHEOC) 2020). The NECC set up quarantine centres and food banks in various areas. A few days after the first case of Covid-19 was confirmed, the Council of Ministers banned all public gatherings and sports events. This was followed by a decision on 20 March 2020 requiring anyone entering the country to stay in quarantine for up to 14 days. The Council also ordered the closure of bars and clubs. On 24 March 2020, it decided that, from 25 March, all federal employees were to work from home, except those designated by each ministry and federal agency as essential workers.

The heavy hand of the federal government was evident in the early days of Covid-19. There was little initiative by the states to use their competences in the areas of public health to fight against the pandemic – their attitude seemed to be to wait and see what the federal government would do. This was expected. Although Ethiopia, as clearly indicated in Art. 1 of the Constitution, is a federation, it functions largely as a centralised system. This meant it was taken for granted that efforts to manage the threat of Covid-19 would be driven by the centre. Conversely, state and local governments were not expected to take separate initiatives to control the virus and manage its socio-economic impacts: as implementers of the decisions of the national government, they were required to follow directions given by the federal government. Indeed, this is exactly what happened.

The Tension that COVD-19 Exacerbated

As it is clear from the foregoing, the pandemic did not alter the way the federation operates; it did, however, serve as an opportunity to amplify the tensions that ensued after the election of Abiy Ahmed as Prime Minster and the reconfiguration of the ruling coalition, the EPRDF, that displaced the TPLF, the ruling party of the state of Tigray, as the dominant member of the coalition in 2018. Things came to head when it became clear that, due to Covid-19, the sixth general elections would not be held in August 2020 as per the schedule prepared by the National Electoral Board of Ethiopia (NEBE). At the same time, the term of the current parliament was due to expire on 5 October 2020, making it unclear how and by whom the country would be governed after the expiry and until elections could be held.

The government then sought the advice of the House of Federation (HoF), the second chamber of the federal parliament, which has the unusual power of interpreting the Constitution, a power that is usually reserved for courts. The HoF, based on the recommendation of the Council of Constitutional Interpretation, the institution that assists it in discharging its mandate of constitutional interpretation, decided to extend the term of parliament and all state councils until the next elections are held.

In response, the government of the state of Tigray declared the HoF’s decision unconstitutional. Furthermore, it decided to hold its own state elections by establishing its own electoral board and adopting its own electoral law. This was constitutionally problematic since the power to administer any elections in the country exclusively belongs to the NEBE. Nevertheless, on 9 September 2020, the Tigray state went ahead with the elections, defying repeated warnings by the federal government against such actions. Intergovernmental tension was exacerbated when the HoF decided to suspend federal revenue transfers to the Tigray state government. Eventually, the federal government invoked its constitutional power of federal intervention under Art. 62(9) of the constitution. The tit-for-tat between the two levels of governments led to the armed confrontation that began on 4 November 2020. At the time of this writing, the federal military had removed the state government and the federal government had installed a transitional government in its place. Yet, conflicts continue unabated.

The Unhealthy State of Intergovernmental Relations that COVID-19 Revealed

Indeed, the tensions that Covid-19 exacerbated can be read as harbingers of the intergovernmental disputes that are bound to emerge as the country transitions away from a federation that operated under a dominant-party system. Ethiopians, it was clear, find themselves living in an era when they must take the federal experiment seriously and, in particular, make a commitment to entrenching a culture of intergovernmental dialogue and negotiation. 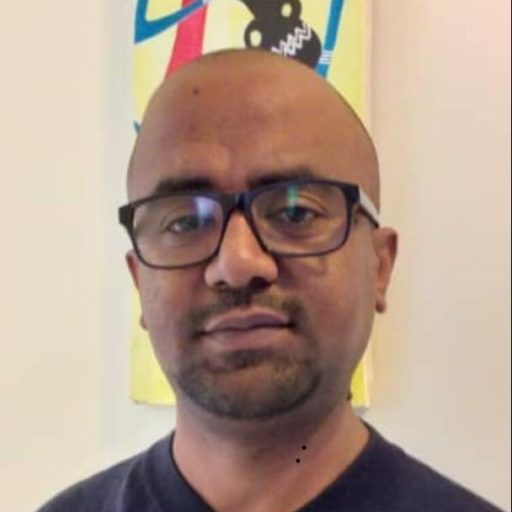 Zemelak Ayele Zemelak Ayitenew Ayele is an Associate Professor and the Director of the Center for Federalism and Governance Studies at the Addis Ababa University. He is also an extraordinary associate professor at the Dullah Omar Institute (DOI) for Constitutional Law, Governance and Human Rights of the University of the Western Cape (UWC), South Africa.

Yonatan Fessha Yonatan T. Fessha is professor of Law at the University of the Western Cape.