Structural Implications of the Response to Covid-19 on Indian Constitutionalism

Instead of invoking the constitutional emergency provisions (which do not contain public health as a ground), the Indian government has relied exclusively on the National Disaster Management Act 2005 (see here for a detailed post) which confers to the authority under the Act wide discretion to issue biding directions and guidelines to state governments. Coupled with the invocation of the Epidemic Diseases Act 1897 at the state levels and numerous local orders by the police restricting movement of individuals under the Criminal Procedure Code, this has resulted in a “web of executive decrees” that are not subject to parliamentary oversight and result in arbitrary enforcement in the absence of specifically worded guidelines on the exercise of such power.

This executive-only approach of dealing with the pandemic has also inevitably led to a centralization of power in a quasi-federal polity. Whilst states have initiated their own piece-meal actions, the Union government leads the national strategy bypassing any semblance of cooperative federalism, as adopted during the pandemic in Australia. In the absence of specific guidelines, periodic accountability to the Parliament, and arbitrary enforcement, the ball of rights protection fell fairly in the hands of the judicial system.

Despite the lockdown, the Indian Supreme Court clarified that “urgent” matters will continue to be heard via video conferencing. In contrast to constitutional courts like that of South Africa, the term “urgent” was left undefined. The consequences were immediate – while some High Courts interpreted this to exclude bail applications, others opted to cap them at a specific number. One High Court charged with hearing appeals on detention in citizenship related petitions did not list the matters as “urgent”. Matters concerning domestic violence and maintenance for basic livelihood sustenance appear to have been excluded entirely.

Equally troubling however, is the lack of any oversight over executive action and particularly executive inaction in dealing with the pandemic. In the wake of the pandemic, numerous reports surfaced of daily wage workers on the verge of death by starvation who had begun journeys of over 500 kilometers by foot. Government inaction in launching economic stimulus packages such as those in the US and Canada, prompted numerous people to knock on the Court’s door. The response however has been characterized by a hands-off approach terming the subject matter of these pleas as questions of “policy” and taking the statements of the government as prima facie true, with no further questions.

This was best captured in two courtroom exchanges. In a plea for payment of wages to migrant labourers, the Chief Justice of India remarked that if meals are being provided, there may be no need for governmental economic bailout packages for the poorest. In another exchange in a plea for effectuating the safe transit of migrant workers to their homes amidst the lockdown, backed by numerous media reports on government failure, and the specific plea that no money was being given to workers, the Court took on record the bare statement of the government that the reports were false and the government was monitoring the situation.

Despite ranking 142 of 180 countries on the World Press Freedom Index, India has witnessed a gradual increase in media censorship. This reached its peak during the pandemic when the government sought, during a hearing concerning labourers, a direction from the Supreme Court that no media outlet could print, publish or telecast anything on the coronavirus “without first ascertaining the true factual position from the separate mechanism provided by the central government”. In an act best characterized as judicial censorship, the Court permitted this by allowing the Government to publish a daily bulletin which would form the basis of journalistic reports.

The fallout was immediate – numerous restrictions were placed in government press meetings, the kinds of questions asked and the restrictions of personnel who may enter these briefings, including health professionals. Moreover, despite the national lockdown, one contingent of state police journeyed 700 kilometers to serve a notice on the founding editor of an online media outlet for being critical of the decision of the government to hold a religious gathering during the lockdown. Numerous similar notices were served on journalists and health officials who opined on governmental policy, creating a chilling effect on free speech.

Gautam Bhatia has described how the “three-level web” of executive decrees and guidelines has effectively led to a suspension of civil liberties. While the pandemic shall pass, the structural implications are far deeper. John Ferejohn and Pasquale Pasquino outline the “legislative model” as a typology of emergency powers where the legislature delegates special and temporary powers to the executive. Such temporary power is “aimed at restoring the prior legal constitutional status quo”.

A deliberative model inheres in any legislative process and is crucial to discussing the rights implications of proposed actions as well as sounding opposition and modifications. The process also empowers the legislature to monitor the functioning of the legislation and expand or contract its scope based on need and demonstrates a commitment to explicit expression of popular will. In the United Kingdom, for example, criticism led the government to immediately amend the broad Coronavirus Act 2020 to require parliamentary renewal every six month. The Act was not excluded from the Human Rights Act 1998, making the exercise of power subject to ECHR rights.

India’s bicameral structure and legislative process ensure deliberation and serve as crucial constitutional checks on the scope of power conferred to the executive. An executive-led approach to the pandemic overcomes these constitutional limitations to create an undebated and unchallenged policy that does not command legislative oversight and restrictions. India’s experience with the emergency in the 1970s made it wary of the executive behemoth, and for the right reasons. At a structural level, the carte blanche to an executive-first approach risks fundamentally altering such aversion and laying future groundwork to destabilize a commitment to the legislative model.

2. Judicial silence and the “state of exception”

Crucial to the response of the Indian judiciary’s hands-off approach to executive action/inaction is the framing the subject matter of petitions as involving governmental expenditure and consequently impugning policy. Fundamentally however, the numerous executive actions (such as national lockdowns) have a disproportionate impact on the lower socio-economic class and directly engage the constitutional guarantee to equality. The subject of the petitions, though touching upon policy, arguably affect fundamental rights.

This mischaracterization of questions concerning fundamental rights such as life, civil liberties and equality as mere questions of public health has practically allowed the executive a carte blanche, even excusing debilitating government inaction. Reframing the question in terms of rights and liberties – as for example done by Ecuador’s Constitutional Court – immediately addresses judicial inaction as well as critics of judicial intervention who rely on the traditional separation of powers.

The response of the Indian judiciary has been to allow the government a free hand from its burden to demonstrate why potentially rights-infringing measures are required, proportional and the least restrictive means. This has inevitably led to what Giorgio Agamben terms “the state of exception” – wherein constitutional rights are diminished and one branch of the state commands all-encompassing power to define knowledge and outcomes in the time of a crisis, even at the cost of fundamental rights. The increasing bonhomie between the government and judiciary, especially in the context of a pandemic and potential rights violations marks an incremental yet firm shift to ensuring that the state of exception becomes the norm.

Whilst managing “infodemics” during the pandemic is a legitimate state concern, the means employed assume equal, if not more importance as the ends. At the national level, the Indian Government may have employed the existing machinery under the National Disaster Management Act which penalizes the creation of false alarms leading to panic. However, the decision to thread the path of media and press censorship during the pandemic marks what is a final nail in the coffin to the freedom of the press. Apart from being a constitutional issue of the freedom to free speech, criticism of government action/inaction is critical in creating a feedback loop to correct and direct government action which is inherently connected with the right to life and equality during a deadly pandemic. The Indian government’s attempt at stifling legitimate criticism of its policies is underlined by its latent desire to ensure a hegemony over the narrative of its policies at the national as well as the international level.

Structurally, undue restriction on the freedom of the press is interconnected with the suppression of free speech and dissent – characteristic to both autocratic countries as well as backsliding democracies. Its successful curbing cements hegemonies of narratives and knowledge, which in the absence of any challenge, are claimed to be objective truths. These hegemonies hold the potential to permanently redefine the subject of rights, the ambit of their protection and the situations in which they may be suspended without any accountability. The effacing of free speech and dissent is the gradual derailment of any democracy.

The three implications of the exacerbated cracks highlighted above coalesce to result in a deeper structural and debilitating impact on the Indian constitutional landscape and the protection of civil liberties. Justifying the creation of an unaccountable executive in the context of an evanescent judiciary and crushed dissent during the pandemic lays the groundwork for a gradual structural eradication of constitutional checks and balances. This is not unique to Indian constitutionalism – the pandemic has presented the global constitutional landscape with significant challenges which range from privacy, equality, human rights and gender justice. As one writer has warned, the pandemic presents a unique opportunity for the consolidation of power. Another has written that pandemics are a “portal: a gateway between one world and the next”. These are reminders that lurking beneath the temporary nature of the pandemic is a potential structural shift in constitutional landscapes and traditional checks and balance. Guarding against this is of the utmost priority. 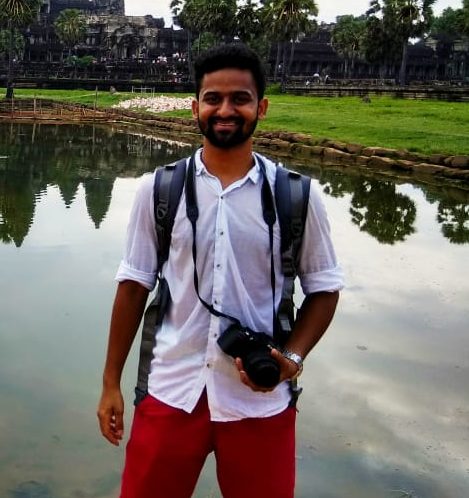 Karan Gupta Karan Gupta is an advocate working at the Supreme Court of India.