At a crossroads: Russia and the ECHR in the aftermath of Markin

As part of Verfassungsblog’s topical focus on the prevailing tensions between international and national constitutional law, we go east and take a look at Russia and its unsteady relationship with the European Convention of Human Rights (ECHR) – particularly the lately arisen tensions between the Russian Constitutional Court (CCR) and Strasbourg in the wake of the ECtHR’s decision in the Markin case. First, and in a more general manner, we briefly review the theories conceptualizing the relationship between domestic and international law, which traditionally go by the names of monism and dualism. In doing so, we do not miss the point that, as national constitutional practice in a variety of member states of the ECHR shows, conceptual clarity in terms of commitment to one or the other grand theory is often blurred, if not contradicted (I.). Clearly, Russia is no exception (II.). The Markin case marks a turning point in the relationship between the CCR and the ECtHR as Strasbourg, for the first time, overruled a decision of the CCR, which spurred a heated constitutional debate. The repercussions are yet to be seen (III.).

I. Blurred lines: The relative irrelevance of systemic commitment

In principle, legal scholarship has produced two grand theories in order to capture the relationship between international and domestic law: monism and dualism. Monism holds that international and domestic law form a holistic legal order. The law of the international community, however distinguishable from the laws of states by its specific patterns and procedures of emergence, modes of application and addressees, shares with the latter a single Grundnorm (Kelsen) or rule of recognition (Hart). As Kelsen contended, monism may be conceptualized either with the primacy of international over domestic law or vice versa, whereas the decision which option to choose is primarily political and escapes the world of (pure) legal theory. In the monist universe, conflicts between norms of different descent concern their legal validity, i.e. their specific existence as legal norms. According to the monist view, a rule of international law need not be incorporated into the domestic legal system to become legally relevant, i.e. binding upon its institutions and subjects. Dualism, on the other hand, purports that the international legal system is normatively distinct from the realm of domestic law. The jurigenesis (Cover) of each system’s rules can be traced back along different pedigrees with incommensurable vanishing points. In its most radical formulation the two legal orders are to be perceived as two circles which may at best touch, but never intersect or overlap (Triepel). Radical dualism therefore negates the possibility of real conflicts between international and domestic norms. To render legally relevant claims within the national legal order, a rule of international law must be incorporated by a domestic legal act.

To be sure, when it comes to the relationship between the ECHR and the national legal order (namely, if perceived from an internal point of view of a particular national legal order), the dichotomy of monism and dualism is not the whole story. On the conceptual level, in strict observance of monism with the primacy of international law, a rule of international law trumps national law. From this vantage point, the ECHR overrides domestic rules without being incorporated into the national legal order. Once again, from the internal point of view, legal ‘reality’ is less clear-cut. Even resolutely monist countries could allow for lacunae owing to their internal concept of separation of powers, e.g. where (constitutional) courts lack jurisdiction over legislative acts. In such cases, the ECHR, even ‘within’ a monist system does not take immediate effect tout court. By the same token, dualism generally exacerbates contingency. The dualist countries, where the ECHR has to be incorporated in order to take legal effect, vary widely as to the rank they attribute to the Convention within their hierarchy of norms. By and large, the ECHR as any other international agreement internally shares the rank of its incorporating act. Where the Convention is incorporated by a legislative act, any new act of the legislature may change or derogate it pursuant to the principle of lex posterior derogat legi priori. On a constitutional level this is the case in Austria after the Convention was given constitutional status in 1964. In Norway the ECHR was incorporated through ordinary statute. By means of Sect. 3 of the Norwegian Human Rights Act of 1999 it, however, takes “precedence over any other legislative provisions” in case of conflict. In Germany the status of the Convention was gradually heightened in recognition of its function and to avoid the problem of lex posterior by adjudicative fiat. These observations lead two commentators to the conclusion that “there is no necessary causal linkage between ex ante monism or dualism, on the one hand, and the reception of the ECHR on the other.” (Keller/Stone Sweet, A Europe of Rights, 2008).

II. Russia: A case in point

A telling example of the initial spur is the Maslov case. The CCR altered the scope of the concept of the defendant within the Criminal Procedure Code of the RSFSR (Sect. 1, Art. 47, and Sect. 2, Art. 51) in accordance with the ECtHR case law. Referencing cases such as Quaranta and Ymbrioscia, Russian judges stressed the obligation of law enforcement to enable detained persons to access defence counsel in the first hours of police questioning, despite neither Russian criminal procedural law nor the Russian Constitution containing such an obligation. The message seemed pretty straightforward: we need to abide by the Convention when interpreting national laws and our own young Constitution. The argument in support of compliance is two-fold: on the one hand we may learn something (argument for the liberal audience in Moscow and St. Petersburg), on the other hand we can justify politically unpleasant decisions by pointing to the obligations and hardships put on us by that “foreign” European legal document (an argument rather convincing among the patriotic populace).

III. Allegiance and its discontents: Markin

After the honey moon period was over, things “got complicated”. The typified cause for the sudden mood swing was Konstantin Markin. Mr Markin was a Russian military service contractor who, following his divorce, desired to take care of his three children, one an infant at the time, for the duration of three years. To that end, he wanted to take advantage of the statutory parental leave for military servants. He applied shortly after the birth of his third child, but his request was denied on the grounds that Russian law solely grants female military personnel this benefit. In 2009, the CCR considered the case for the first time and found no violations of the Russian Constitution (Case №187-О-О). The court justified the evident gender discrimination with the “limited participation of women in military service” and the “special social role of women associated with motherhood”.

In October 2010 the ECtHR issued its judgment (Markin v. Russia), followed by the Grand Chamber ruling of March 2012. The Court criticized the CCR’s reasoning as “unconvincing” and pointed to “gender prejudices” in the decision. Furthermore, the ECtHR suggested that the Russian government was to amend its domestic law, which was found in breach of the Convention. Furious reactions from the CCR followed, its President Valeri Zorkin raised hue and cry: the decision showed a great lack of respect for Russia’s sovereignty and its legislature. Although the ECtHR’s Grand Chamber ruling had softened the original rhetoric, the conflict remained.

In 2013, Mr Markin petitioned the reopening of procedures in his case as a consequence of the ECtHR’s ruling. The regional Court in St. Petersburg called on the CCR for reconciliation in light of the contradicting judgments by the CCR and the ECtHR. The CCR ruled that district courts must in any event reopen proceedings in connection with an ECHR judgment. If, however, the court is not capable to enforce a decision without, at the same time, disregarding provisions of domestic law in the form of a binding interpretation of the Constitution rendered by the CCR, it must request the CCR to assess the constitutionality of such provisions. In other words, the CCR treats the conflict as a constitutional issue and (in quite dualist fashion) co-opts the authority to solve it – without imposing any general rules for the handling of the conflict.

Regarding the other, doctrinally more intriguing question on the supremacy over human rights interpretation, we’re still left in the dark. The CCR ruled that “if . . . challenged legal provisions are found to be consistent with the Constitution, the Constitutional Court . . . within the limits of its competence will determine possible constitutional means of implementation of the judgment of the [ECHR].” This most likely is to be taken as an ad hoc case-by-case approach similar to what the Courts in Germany and the UK proffer.

William E. Pomeranz, Deputy Director of the Kennan Institute for Advanced Russian Studies and a key observer of the region, recently described the CCR and the ECtHR as uneasy partners and added that within its relationship the “inherent tension will not go away any time soon, especially in light of Russia’s poor human rights record.“ Russia needs the ECHR because its legal tradition lacks a credible human rights record and the Convention’s standards serve as a suitable yet demanding benchmark for the upcoming cases concerning sex-based discrimination and anti-protest legislation. The ECHR on the other hands needs Russia not only as the biggest country within the Council of Europe and because of spectacular cases such as YUKOS and Navalny. The ECtHR’s human rights jurisprudence gains more credibility as long as Russia is willing to implement ECtHR judgements. To this effect, dialogue, which “has to date prevailed over confrontation in Russia’s interactions with the ECtHR“ (Pomeranz) must continue. 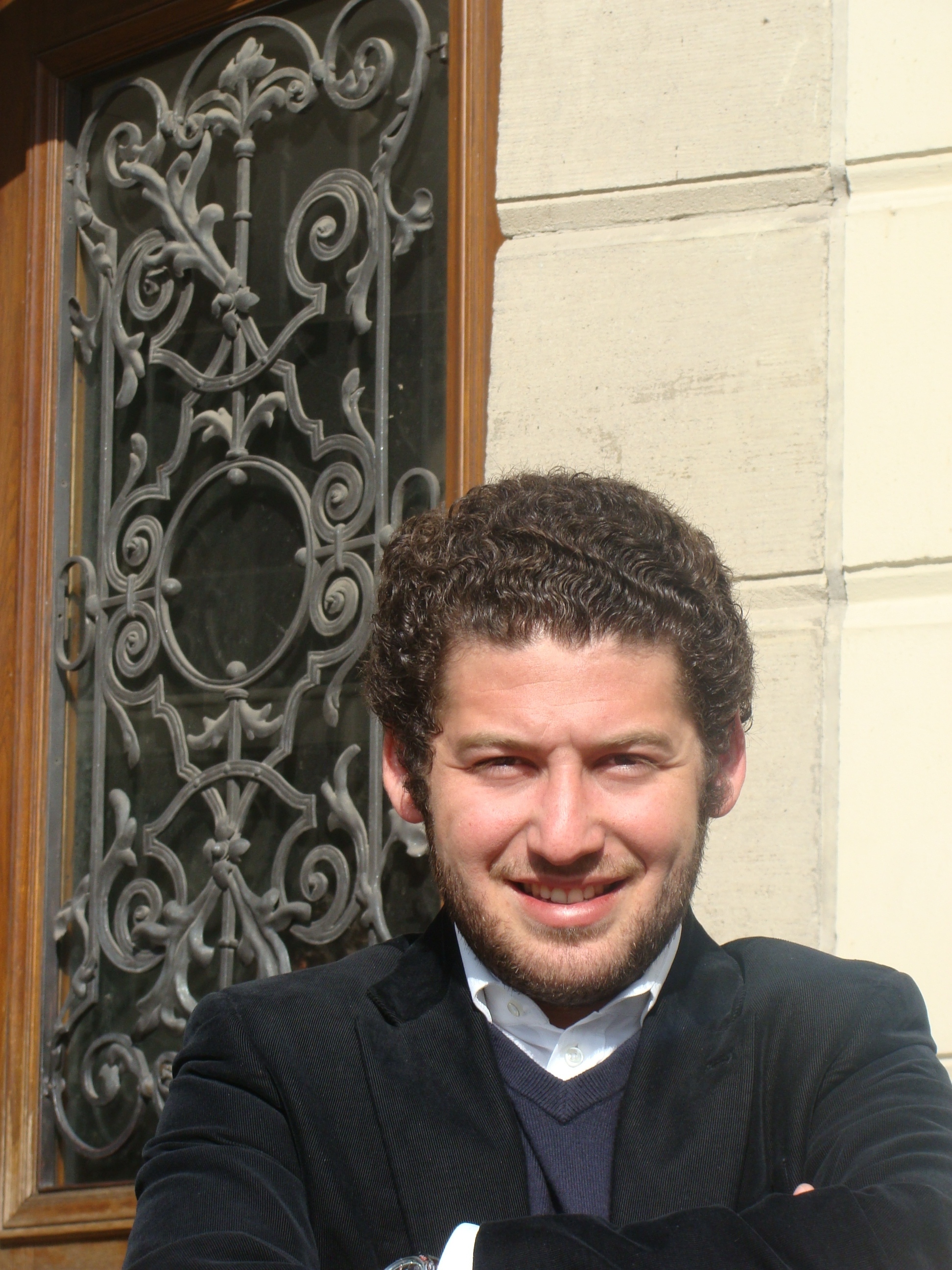 Ilya Levin Dr. Ilya Levin is a Research Fellow at the Chair of Public, Russian and Comparative Law at the Humboldt University Berlin. 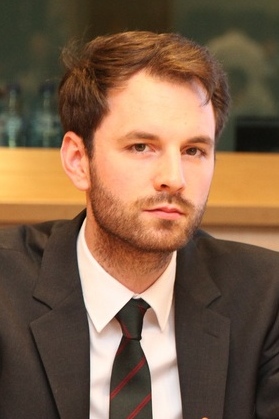 Michael Schwarz Michael Schwarz studied law at Humboldt-University and passed the first state exam in Berlin; he received an LL.M. in legal theory from NYU in 2013, defended his dissertation in December 2014 (HU), and currently serves his legal clerkship at Kammergericht (Berlin).
Other posts about this region:
Russland No Comments Join the discussion
pixel_not_set
Go to Top