Culture, Institutions, and Comparison of Legal Education and Scholarship—A Response to Rob Howse

In a post on verfassungsblog.de I compare two reports on legal education and scholarship: one concerning Germany from the German Council on Science and Humanities (Wissenschaftsrat), the other concering the United States from a task force of the American Bar Association. I find the Wissenschaftsrat’s decision to maintain an emphasis on doctrinal reasoning, while promoting interdisciplinarity and theory, to be prudent—especially for the German situation. By contrast, I find that the ABA report, in its emphasis on teaching skills and tools and implicit rejection of interdisciplinarity, to threaten what has always been a strength of law schools in the United States.

I am sorry to find that Rob Howse has taken offense, but I am also a little surprised by its direction. I expected some of my points to be controversial.  But I did not think the basic claim that German legal scholarship excels more in doctrine while American legal scholarship excels more in interdisciplinarity would be one of them.  After all, that view has become almost a truism in comparative law.  It is a big part of what animates the Council’s report.  And it is a difference I am reminded of each year when going through the materials for my comparative law class at Duke.

Of course, the difference is not an absolute one. There is excellent doctrinal scholarship being written in the US—but, then, for a long time it was rarely published in the top law reviews (a trend that may be in the course of being reversed, to some degree). And there is excellent interdisciplinary work coming out of Germany—but it is still marginal. To recognize such cultural differences is our daily job as comparative lawyers; it is not at all the same as stereotyping or cultural determinism. After all, there are many reasons for the difference. Some reasons lie in tradition—the high regard for jurists in Europe versus the high regard for judges in the US. Some lie in history—the triumph of legal realism in the US versus the catastrophe of antiformalist legal thought in Nazi Germany. Some lie in legal education—law students in the US have majored in another discipline while Germans study law as an undergraduate field. Some lie in the career requirements for law professors—the desirability of a PhD in a field other than law for US professors versus the need of a dissertation and a habilitation in law for Germany. And some have to do with the stickiness intrinsic in what others call the reproduction of hierarchies: In the US, pre-tenure academics are still admonished to write theoretically. Calling a job candidate’s paper “merely doctrinal” is still the kiss of death. At the same time, in Germany some older professors still argue whether economic analysis of law has any place in a law faculty. Young German scholars who have written a theoretical dissertation are strongly advised to write a doctrinal habilitation. These are real institutional differences that perpetuate cultural differences; they cannot simply be wished away.

Rob mentions three interdisciplinary German scholars to disprove my point: Armin von Bogdandy, Christian Joerges, Christoph Moellers. I share his high appreciation for these three, and one could easily name several others. But these scholars are not representative of the German mainstream, and the fact that they publish in English, and in international publications, rather demonstrates their exceptional role. Armin von Bogdandy in particular does not seem to support Rob’s position: he has frequently made the same point as I do (see eg his articles here  and here). I am not surprised to learn Armin was a member of the Council’s committee that drafted the Report (which is, strangely, anonymous) —a report that is even more assertive about the claim I make than I am.

Maybe the critique has a different aim? Rob cites one half sentence from my post: “German doctrinal scholarship will always be superior to that of other countries,..“ Taken out of context, this may sound like a Deutschland Deutschland über alles, and I am sorry if I left that impression. My intent was quite the opposite: Rather than claim superiority of one tradition over the other, I tried to make a point about relative incommensurability. Talking to German colleagues I have long sensed a feeling of insecurity over the future course of scholarship, and a desire, amongst some at least, to abandon their tradition and style in order to ape American scholarship. I do not think such a transfer can work—in Japan, the adoption of the US law school model can safely be called a failure. More importantly, nor do I think it would be a good idea. What I hoped, in my piece, was to encourage German scholars to keep playing to their strength, even while they emphasize (as they should) interdisciplinarity and theory. This can be done because German formalism is no longer value-free (if it ever was).  If the Wissenschaftsrat proposes, for Germany, a legal formalism that is enriched with interdisciplinarity, and also with “core values like justice, freedom, human dignity, and solidarity”, this seems to me to be a good response, in the German context.

And although I sometimes wish others in the United States held doctrinal scholarship in as high a regard as does Rob, I think we in the US should play to our strengths, too. Here, we have long been aware of the need for, indeed inevitability of, normative argument. The danger I see here is that we may be forced, by the law firm crisis or by the ABA, to confine our teaching to skills and tools, with the argument that law school graduates need only knowledge that is instrumental to their job search, that values, and theory, and interdisciplinarity, are luxury, “merely academic”. I think this would betray our job because I believe practicing lawyers benefit greatly from interdisciplinarity. But I also think this would erode a core strength of the US law school tradition at the precise moment when this strength attracts so much interest elsewhere.

Legal education and legal scholarship in different countries are not culturally determined. Nor are they immune to change. At the same time, they exist within the constraints of cultural and institutional traditions, and they respond to these constraints in idiosyncratic ways. Variety within each tradition is desirable, and we still have too little of it in both Germany and the United States. But the idea that excellence will look similar, at some point, in all systems of the world, appears to me not only unrealistic, but also undesirable. 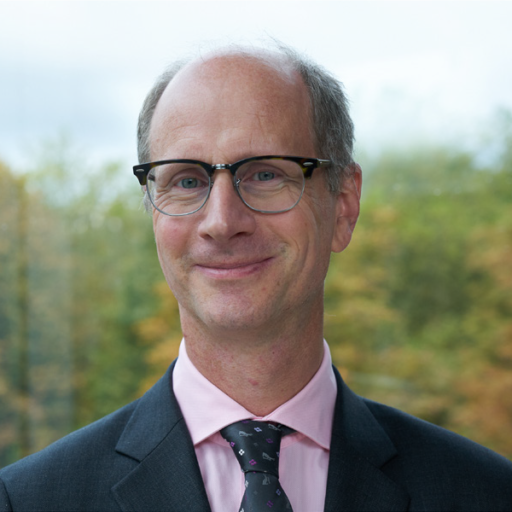