Dancing with the Dragon

On 30 December 2020, the EU Commission announced that the EU and China “in principle” concluded the negotiations on a Comprehensive Agreement on Investment (CAI). The announcement was met with applause from Germany’s car industry and critique from Reinhard Bütikofer, chair of the European Parliament’s delegation for relations with China. The geopolitical rationale of the agreement has been questioned by commentators suggesting that the EU handed China a “strategic victory” while others claimed that the CAI would open the Chinese market in sectors so far closed to European traders and investors.

When comparing the CAI with other trade and investment agreements of the EU, it becomes apparent that the CAI is an agreement sui generis. The CAI is neither a typical free trade agreement as it lacks any rules on trade in goods nor is it a classical investment agreement as it does not contain any rules on investment protection. A point of contention is the potential impact of the CAI on sustainable development and labour rights. This leads to the question: How does the CAI measure against the standards of the constitutional law of the EU relating to its external relations?  It appears that there has been only a limited assessment of the CAI from a human rights perspective, which is especially problematic in light of recent political developments in China. Once finalized, the agreement will require consent by the European Parliament which maintained a critical position to the negotiations and listed a number of requirements including repeated references to human rights. Based on the terms of the CAI currently publicized, it is doubtful that these requirements will be met.

At the outset, it should be noted that a (draft) text of the agreement is not yet publicly available. While earlier drafts have been seen by journalists and some researchers, no text has been officially released or leaked to the public. An assessment therefore needs to be based on the press release of the Commission of 30 December and on what is known about earlier drafts including prior statements by the Commission. It should be noted that despite promises towards increased transparency, no official draft texts were released since the beginning of the negotiations seven years ago.

The commercial essence of the CAI will be the market access for investment and services. This means that investors and exporters will face fewer obstacles and discrimination when offering their services on and investing in the markets of the EU and China. Market access is a typical feature of trade agreements and can be found in all recent EU Free Trade Agreements, including the EU-UK Trade and Cooperation Agreement. Technically, the CAI will therefore contain provisions prohibiting quantitative and other restrictions on market access such as monopolies and quotas as well and non-discrimination obligations, in particular the obligation to treat foreign investors and services no less favourable than domestic investors/services (national treatment) or other foreign investors/services (most-favoured nation treatment). These obligations will, however, not apply without exceptions as both sides will be able to exclude certain measures and sectors from their scope. In trade parlance, this technique this referred to as the “negative-list approach” (More details can be found in a recent study)

Apparently, the EU obtained concessions from China in some sectors of key interest to European industries, including car manufacturing and services (such as cloud services, financial services, private healthcare and environmental services, international maritime transport and air transport-related services) but other sectors will be excluded from the agreement. A full assessment of the commercial value and political impact of the agreement will only be possible once the Annexes with the limitations and specific concessions will be released and can be compared to other agreements concluded by the EU and by China respectively.

The CAI will also contain rules on subsidies and regulatory procedures, but the details are not yet known. As a consequence, it remains to be seen if and to which extent the EU Commission’s claim that the CAI “help to level the playing field for EU investors” can be sustained.

Unlike the name of the CAI suggests, the agreement does not include rules on investment protection. Instead, the EU and China agreed to continue to negotiate on such rules including investment dispute settlement within two years of the signature of the CAI. In other words, the standards which are typically included in bilateral investment treaties (BITs) and which can also be found in the agreement between the EU and Canada (CETA) on investment protection such as compensation for expropriation or fair and equitable treatment will not be part of the CAI. Yet, concluding an investment protection agreement was a major negotiating goal of the EU and an essential element of the EU’s negotiating objectives. In particular, the EU sought to conclude such an agreement with China to replace the BITs China has with most EU Member States. This will not be possible with the CAI and therefore the Member States’ BITS remain in place.

The lack of an agreement on investment does not come as a total surprise in light of the significant divergences of both sides on the topic. The EU intends to follow its modernised approach which includes a Multilateral Investment Court (MIC) while China seems to favour the traditional investor-state dispute resolution (ISDS) based on ad hoc tribunals. This mechanism was, however, considered inconsistent with the right to access to an independent tribunal according to Article 47 para 2 of the EU Charter on Fundamental Rights by the ECJ in its Opinion 1/17 on CETA (For comments see here and here). It is therefore unclear if the EU has any scope for manoeuvre in this regard.

To conclude, the CAI is neither a typical free trade agreement as it lacks any rules on trade in goods (tariffs, non-tariff barriers, technical standards, trade remedies) and on trade-related intellectual property rights (TRIPS) nor is it a classical investment agreement as it does not contain any rules on investment protection. Even if such rules will be added later, the CAI will remain unique as agreements covering trade and investment, but not addressing goods or TRIPS are uncommon in international trade law.

Sustainable development and labour rights – in an agreement with China?

As most recent EU trade agreements, the CAI will contain provisions on sustainable development and labour standards. Typically, these provisions contain commitments not to lower environment and labour standards in order to attract investment and to respect existing international obligation of the respective party. The Commission claims that “this is the first time that China agrees to such ambitious provisions with a trade partner.” Yet, obligations to maintain existing obligations are of limited legal value. If China “agreed to effectively implement the Paris Agreement on climate change as well as to effectively implement the International Labour Organisation Conventions (ILO) it has ratified” as the Commission states, China basically restated an international obligation it has anyway.

However, according to the Commission “China has also agreed to make continued and sustained efforts to ratify the ILO fundamental Conventions on forced labour”. This refers to ILO Conventions 29 of 1930 and 105 of 1957 which China consistently refused to sign and ratify even though they are two of the eight ILO Fundamental Labour Conventions. While a change in this policy would be revolutionary, it seems highly unlikely that the CAI will incentive China to engage in such a change. Treaty language referring to efforts to ratify conventions does not confer any binding obligations on the party of an agreement. The issue of forced labour has long been a key area of divergence during the negotiations, yet observers agree that China remains firm on rejecting any international obligations in this field. Hence, the obligations on sustainable development and labour in the CIA may not change anything on the ground.

“Guided by the principles which have inspired its own creation”?

The last point leads to the more fundamental question if the CAI meets the standards of EU constitutional law on external relations. Article 21 TEU holds that EU’s foreign policy shall be “guided by the principles which have inspired its own creation, development and enlargement” which include the universality and indivisibility of human rights and fundamental freedoms. As these principles also apply to the common commercial policy (see Article 207 para 1 TFEU) trade and investment agreements can also be measured against that standard.

One instrument to ensure that these principles are observed are impact assessments of the relevant agreements. In this regards, the EU Commission undertook a Sustainability Impact Assessment (SIA) evaluating the CAI in 2017 aiming at identifying potential risks to human rights, the environment, and labour standards caused by the agreement. The SIA identified certain risks but did not address fundamental human rights problems in China. The SIA has also been criticized on methodological grounds as the study only consulted with a limited number of stake-holders in the human rights field and fails to provide data on the impact of the agreement on indigenous and minority groups such as the Uyghurs. Hence, the SIA provides an incomplete picture of the potential impact of the agreement on human rights.

The limited assessment of the CAI from a human rights perspective is especially problematic in light of recent political developments in China, including the Hong Kong National Security Law adopted in June 2020 which has been criticised as a violation of Hong Kong’s Basic Law and of international human rights standards as well as the most recent sentence of Chinese journalist Zhang Zhan to four years imprisonment for challenging the Chinese government’s narrative about the coronavirus pandemic only two days before the announcement of the agreement on the CAI.

As pointed out above, a text of the agreement has not yet been published. An agreement “in principle” only suggests that there are no major substantial controversies any longer on the contents of the agreement. However, the negotiating teams need to finalise the text which will then undergo legal and linguistic reviews (sometimes called “legal scrubbing”). Once the text has been agreed on, it needs to be signed by the representatives of the parties, which is the Council in the case of the EU. As long as the CAI contains no provisions on investment protection, the agreement will fall into the exclusive competence of the EU and Member States do not have to sign and ratify the agreement.

The agreement also requires consent by the European Parliament which has maintained a critical position to the negotiations and listed a number of requirements for the CAI in 2013 including repeated references to human rights. Whether these are met can only be fully assessed once the text has been released. Yet, doubts seem in place based on what is known so far. 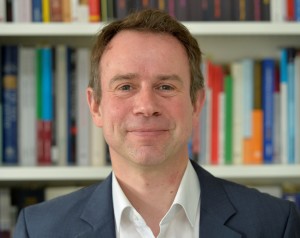