During the recently completed United States Senate committee hearings for Donald Trump’s nominee for a seat on the Supreme Court, Amy Coney Barrett, Senator Sheldon Whitehouse of Rhode Island used his time to try to demonstrate how right-wing groups, including the Federalist Society and Judicial Crisis Network, use dark money to shape the American judiciary. He identified three “lanes” by which those funders orchestrate their take-over, namely, (1) via the Federalist Society’s approval of judicial nominees, (2) via campaigns for ultra-conservative Supreme Court nominees, and (3) via legal filings designed to get the “right” cases before the court, and to support right-wing positions in those proceedings by promiscuous use of supporting “amicus” (i.e., non-party, “friend of the court”) briefing.

Whitehouse named the most recent targets of this “parlor political game,” namely, the standing law of the land announced in Roe v. Wade (holding in 1973 that the Constitution incorporates “zones of privacy” that protect women’s rights to choose to terminate their pregnancy), Obergefell v. Hodges (announcing in 2015 constitutional protection for the fundamental right of same-sex couples to marry), and the Obamacare cases (upholding in 2012 Congress’ power to enact most provisions of the Patient Protection and Affordable Care Act). The dark money funding machine targets these precedents in hopes that the newly-installed justices will eviscerate or, better, outright junk them, as its agents have already succeeded in doing in cases announcing, for instance, anti-labor and anti-voting rights outcomes.

Lewis H. Lapham amply described “the nature and the extent of the re-education program undertaken in the early 1970s by a cadre of ultraconservative and self-mythologizing millionaires bent on rescuing the country from the hideous grasp of Satanic liberalism,” in his 2004 piece for Harper’s. By the end of Ronald Reagan’s second term as President, the ideological funding machine had begun sustaining expenditures north of $100 million per year toward resettling the American political consciousness. The 114th Republican-majority Senate effectively blocked over 100 of President Obama’s judicial nominees, and Mr. Trump then acted as a conduit between the Federalist Society and the Senate by installing over 200, sometimes woefully unqualified, judicial selections. With the 2020 Amy Coney Barrett nomination, the now finely-consolidated apparatus described by Senator Whitehouse celebrates its coup de grâce.

A common reaction, certainly on the part of those continually disadvantaged on the policy side, is that massive dark money investment in the legal system’s actors and outcomes subverts the rule of law. Although ordinary citizens, informed commentators, and political representatives make this claim, theorists have paid scant attention to explaining why this might be so. This omission is likely rooted in the sort of concept theorists think the rule of law is.

How does the received understanding of the rule of law impede the concept’s application to these circumstances? The concept of the rule of law has, for the most part, pulled in one of two directions. The fairly entrenched view has been that the ideal maps onto a list of fixed attributes, such as the eight criteria Lon Fuller charted out as constitutive of law’s “internal morality”. These include the legal system’s issuing rules that are general, understandable, and prospective. In his essay “The Rule of Law and its Virtue,” Joseph Raz developed a somewhat more robust list of features, which included the easy accessibility of the courts, constraints on the discretion of prosecuting authorities, and the independence of the judiciary. But even as to the latter criterion, it’s not necessarily the case that judicial nominees of a certain leaning, backed by dark money, are beholden to anything but their best understanding of what the law requires, hence falling within Raz’s parameters. Raz understood these attributes not as rendering the rule of law a moral virtue, but rather as conveying features that allow a legal system to function, analogous to the sharpness of a knife by which it can work as intended.

Against this instrumental view is, indeed, a moral one. Separate and apart from the issue of whether the law itself, the legal system, and the regime of rule by law, may serve evil and amoral ends and yet be deemed law, the concept of “the rule of law”, by the alternative understanding, is a moral lens situated outside of legal doctrine and law’s practical affairs. It’s by gazing through this lens that the public is empowered to evaluate legal institutional action and well-being, and legal officials on occasion to assay their own decision-making. Although not embedded in the theoretical discourse, this approach to the rule of law better aligns with common usage of the term, and with the norms conveyed by the concept to people in everyday life.

There’s much about this perspective that recalls the nineteenth century British theorist Albert Venn Dicey’s predicament upon announcing a doctrine of Parliament’s absolute sovereignty. Dicey held that “[n]o one of the limitations alleged to be imposed by law on the absolute authority of Parliament has any real existence.” How could that body’s use and abuse of power be tempered? Dicey ironed out the dilemma by explaining both that the sovereign’s subjects retained the capability to disobey or resist, and that even the despot’s power was constrained by “the moral feelings of the time and the society to which he belongs.” Dicey’s internal, political constraint on sovereign power, summoning the people’s moral feelings in the particular society during the particular historical period, approaches what we mean when we speak of “the rule of law.”

Although the idea of the rule of law is a public good, by which people demand that their legal system be accountable to all communities, and by which they condemn its grave shortcomings in dispensing equal and dignified treatment to all, the concept is vulnerable to being hijacked and manipulated by interests and authoritarian regimes opposed to the public good. We’re taken aback, for instance, upon reading the definition in the Handbook for Military Support to Rule of Law and Security Sector Reform of the United States Army’s “rule of law activities”, namely, being those “activities planned and executed to assist the host nation to administer, reform, rebuild, and assist its rule of law systems in order to achieve US military objectives as part of an overall United States Government plan for stabilization and reconstruction.”

Dark money interests are similarly capable of, and actively engaged in, contorting the rule of law into a self-serving justification for the day’s position, as when the Federalist Society retorted in 2019 that, “if anything, the ‘rule of law’ requires that the Mueller report . . . be kept from the public.” On the other hand, because moral disagreements are endemic, if the rule of law is an informal moral operator, then citizens will divide over its applications. The underlying questions, however, are whether official actions or legal pronouncements weaken or improve the moral situation, and whether communities are sufficiently equipped, even in the present cacophonous “post-truth” climate, to engage in this evaluative exercise.

Well-capitalized networks advancing socially regressive ideology, and promoting judicial candidates who are poised to worsen the plight of most citizens, not least disadvantaged populations, debase the public system that is a society’s collective morality. Dark money exacerbates conditions that result in people’s unequal capabilities to take advantage of the very mechanisms that are unflinchingly predicated, in the official discourse, on equality. Nor is this phenomenon circumscribed about America’s borders. Secret funding networks have been shown to have fueled the Brexit campaign, and to have lubricated far-right nativist and nationalist movements across Europe.

When ruling interests conspire to manipulate legal systems and governmental policy toward greater complicity in thwarting the full inclusion of all citizens in the political process, “the moral feelings of the time and the society” judge the rule of law project harshly. Even given “the fact of pluralism”, as John Rawls put it, and the inevitability of disagreement about what is morally best, most folks are not easily bewitched into believing that massive investment by obscure interests in sustaining these inequalities move society in a morally beneficial direction. Quite the contrary is what people such as Senator Whitehouse mean when they say, in far fewer words, that dark money undermines the rule of law. 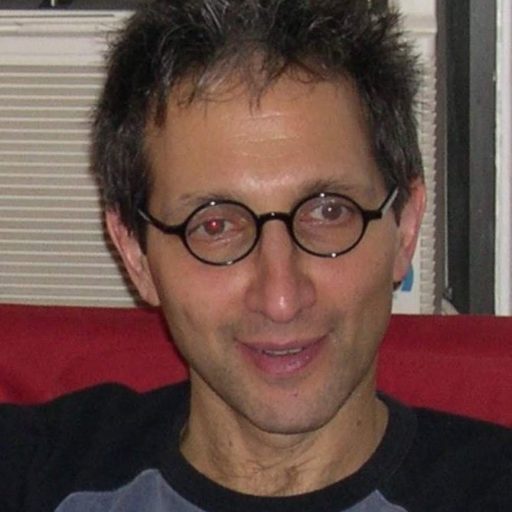 Alani Golanski Alani Golanski, a James Kent Scholar at the Columbia University School of Law, is the Director of Appellate Litigation at Weitz & Luxenberg, P.C., in New York.

Other posts about this region:
USA 4 comments Join the discussion
Go to Top