Volvo Personvagnar AB, Kuka, Aixtron, OSRAM Licht, Daimler, Saxo Bank, the harbour terminal in Zeebrugge, Spain’s Noatum Port, Italy’s Vado Ligure Port or the Port of Piraeus – the list of discussed controversial company takeovers and acquisitions of major stakes in Europe is getting longer and longer. The political will in the European Union (EU) and its Member States is growing to more actively screen, control, or even prevent investments flowing into Europe.

Third country investments stirring controversies archetypically share three common characteristics. The target companies typically operate in “politically sensitive areas”, the owner structure of the immediate buyer is typically hard to identify, and not very clear, and the foreign purchaser may well attempt to circumvent rules for non-EU investors through an intermediary company resident in the EU.

Even though more or less controversial takeovers occur on a regular basis, opinion varies amongst the EU member states on whether or not investment screening is a priority. Only 13 out of 28 Member States have an investment screening mechanism in place, signalling that the majority of member states do not consider screening important. On the other hand, some of the member states have recently tightened their grip on foreign investment. The instruments vary greatly in scope and function and the EU as a whole – in contrast to all G7 countries and China – is still without any common mechanism to review foreign investment.

Responding to a political proposal by France, Germany, and Italy, and after the European Parliament requested a legislative initiative, the European Commission tabled a Proposal for a Regulation establishing a framework for screening of foreign direct investments into the European Union in September 2017. In 2018, the proposal was negotiated and an EU institutional trialogue was conducted in late 2018. EP vote in plenary is scheduled for 14 February 2019.

The regulatory proposal has received rather mixed responses. From cautious embraces or indifference by some Member States to outright rejection by others. The apprehension of alienating foreign investment with an all too strict review mechanism is palpable. Among other stakeholders, such as businesses and trade unions, reception of the EU’s proposal also varies. Some fear a gradual renunciation of a liberal, open-door economic policy and turn to protectionism. Others, in contrast, draw the picture of a slowly exsanguinating European economy, know-how and innovative power silently flowing to other parts of the world.

Indeed, the list of concerns is long. Irrespective of political preferences, a screening mechanism potentially blocking or restricting investment pose a challenge to EU business. Considering the political dimension, foreign investment is not seldom viewed sceptically as it may allow foreign governments to wield political influence in Europe. Moreover, a sense of inherent unfairness is in the air since there is often a lack of reciprocity in foreign direct investment (FDI) policy for EU companies investing abroad. In a nutshell, EU-harmonization of FDI-screening is a multi-facetted challenge, with consequences in political strategical level as well as on the level of multinational business.

From 07 to 8 March 2019, thirty international experts from Europe and its mayor trading partners will come together and debate this multi-facetted challenge in an international conference on “A Common European Law on Investment Screening” in Gothenburg/Sweden.

Prior this event we have invited conference speakers and, additionally, some eminent scholars to take sides in this controversy in an online symposium. 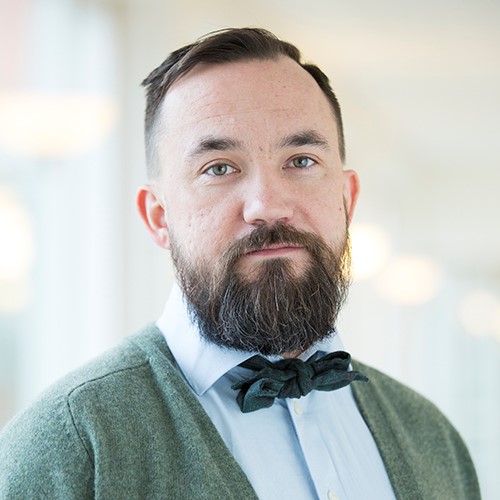 Andreas Moberg Andreas Moberg is a senior lecturer and associate professor of EU law and Public international law at the University of Gothenburg and specializes in EU Constitutional law.

Other posts about this region:
China, Europa No Comments Join the discussion
Go to Top