Dilma Rousseff and the Impeachment Process: Questions of Power and Influence

Last week, the lower house of Brazil’s Congress, the Câmara dos Deputados, has overwhelmingly voted in favour of an impeachment process against Dilma Rousseff. Since the chances are high that the upper house, the Senado Federal, will confirm this vote, Brazil’s young democracy is witnessing for the second time how the President of the Republic is forced out of office in the context of an impeachment process. While the first time in 1992, in the case of then president Fernando Collor de Mello, the impeachment process was an uncomplicated affair, the current case of Dilma Rousseff is very different. In contrast to Collor de Mello, Dilma Rousseff has so far been able to rely on a formidable party, the Workers’ Party, which has been in power since 2003 and was responsible for extraordinary political success stories both on the domestic and international stage. These success stories, particularly the fight against hunger and poverty, have been increasingly undermined by a massive corruption scandal, called “Car Wash”, involving Brazil’s state-owned oil company Petrobras, leading Brazilian construction companies such as Odebrecht and politicians of all major parties, especially the Workers’ Party. While the Workers’ Party is drowning in a quagmire of money laundering, embezzlement of taxpayers’ money, illegal campaign financing and accusations of obstructing federal investigations, Dilma Rousseff has remained surprisingly unstained. So far, no clear evidence exists of her direct and personal involvement in these matters. Why then is Dilma Rousseff, only two years after her re-election, facing the end of her political career?

Albeit envisaged in the constitution as a judicial proceeding against a president for crimes committed while in office, an impeachment process is always a highly political issue. In 1994 and again in 2014, Fernando Collor de Mello was acquitted by Brazil’s Supreme Federal Court of the criminal charges of corruption laid against him in 1992. To be sure, there can be no doubt that Collor de Mello is a highly corrupt politician having been accused of being involved in several corruption scandals ever since, including the current “Car Wash” corruption scandal. However, the example of Collor de Mello demonstrates how difficult it is to prove a president’s direct involvement in corruption schemes. The impeachment process against him went ahead because of his lacking political support among the political elite. Brazil’s ex-president Luiz Inácio Lula da Silva (2003-2010), the charismatic Workers’ President, was much luckier. In 2005, Lula da Silva was associated with the Mensalão Scandal, an elaborate money laundering scheme developed, among others, by Lula da Silva’s chief-of-staff, José Dirceu. The calls for an impeachment process against Lula da Silva were not successful at all. Lula da Silva had the unwavering support of a formidable party behind him. No less significant, Lula da Silva proved himself to be an undisputable master of forging alliances to garner the necessary political support to avoid what Dilma Rousseff is now confronting.

And Dilma Rousseff? She has also had the party machinery and the unions behind her. But she lacks Lula da Silva’s Machiavellian genius of forging alliances and fostering dialogue with coalition partners and oppositional forces. This talent is particularly important to survive and thrive in the Brazilian political system. In Brazil’s coalitional presidentialism, a president heavily depends on extremely fragmented and ideologically heterogeneous coalitions to govern the country. Since the party system is so excessively fragmented, the party that wins a presidential election does not necessarily get a parliamentary majority. Lula da Silva had to govern in a coalition with a staggering eight to nine parties. Dilma Rousseff used to govern with a coalition of eight parties. And the major party in this coalition is not the Workers‘ Party but the PMDB (Partido do Movimento Democrático Brasileiro – Brazilian Democratic Movement Party) which itself is ideologically highly fragmented with many factions not even supporting the Workers’ Party ideology.

The excessive fragmentation of Brazil’s political system, leading to highly fragmented governing coalitions, makes it extremely challenging for a Brazilian president to govern and encourages political corruption. Lula da Silva knew that if he wanted to govern successfully and push through policies and legislation, among them highly successful social policies which have become role models worldwide, he had to find a way to unite his fragmented coalition and particularly satisfy his major coalition partner, the PMDB. And this is where Lula da Silva and the Workers’ Party’s Faustian Pact with the endemically corrupt political system began. For their political support in facilitating parliamentary majorities, those parties and politicians were only too eager to receive something in return, particularly ministerial and other political posts and money transfers. The Mensalão Scandal, which came to the surface in 2005, involved illegal monthly payments to politicians to secure their support. The current “Car Wash” corruption scandal was developed along the same lines but is regarded as unprecedented in its scope even for Brazilian standards. This corruption scandal reveals the sad reality that the Workers’ Party after more than a decade in power has become as perversely corrupt as the whole political system. And while for a long time the Workers’ Party could be seen as part of the solution to the many challenges haunting Brazil, it has now become part of Brazil’s many problems.

From her very first day in office, Dilma Rousseff has profoundly lacked any understanding of how to navigate this rough political environment. Rousseff has never been adept at establishing fruitful working relationships with the PMDB or other coalition parties. She has never seriously reached out to Congress. And she has never put any real effort into creating a meaningful dialogue with the general public. Thus, she has continuously lost political and public support, alienating political partners and isolating herself. The last presidential campaign in 2014 was an extraordinary example of how low the Workers’ Party had fallen. By carrying out a dirty smear campaign, unprecedented in recent democratic history in Brazil, the Workers’ Party viciously attacked and humiliated Dilma Rousseff’s political opponents betraying its last ethical credentials the party still might have had and sowing mistrust and anger in the wider society.

In a context of dwindling political support and the society’s frustration with an economic recession the government has been unable to deal with, Dilma Rousseff committed political suicide when on 16 March she invited Lula da Silva, her former mentor, back into her government nominating him as her new chief-of-staff. This step was interpreted by the media and other political forces as an act to obstruct ongoing investigations into Lula da Silva’s corrupt activities. The Supreme Federal Court overruled Rousseff’s decision and banned Lula da Silva from assuming the post. Rousseff’s decision proved fatal and resulted in waves of anger on the part of many Brazilians flooding Brazilian cities and creating new momentum for the impeachment process. The remaining political and public support Dilma Rousseff still could count on was swept away by a storm of dissatisfaction, anger and frustration at her inability to govern the country and solve the economic crisis.

What can be done to fix Brazil’s political system? Certainly, one reasonable step would be to install a threshold for parties to enter Congress. However, the effective introduction of such a threshold would only be possible with a constitutional amendment which requires a three-fifth majority in both houses of Congress. It is hard to see how these majorities could be reached in the current political system characterised by such a high number of small parties whose influence and privileges depend on the very non-existence of such a threshold. Another solution, admittedly far from ideal, would be to guarantee that someone occupies the presidency who knows how to navigate the rough waters of Brazil’s faulty political system. This solution worked relatively well with Rousseff’s predecessors, Fernando Henrique Cardoso (1995 – 2002) and Luiz Inácio Lula da Silva (2003 – 2010). In retrospect, it is not exaggerated to claim that Lula da Silva’s decision to nominate Dilma Rousseff as her successor was one of his gravest miscalculations in his political career. Rousseff, who was Minister of Mines and Energy (2003-2005) and Lula da Silva’s chief-of-staff (2005-2010), had never stood for any election before and without Lula da Silva’s shadow she would never have won the presidential election of 2010. And this brings us full circle. Even though no evidence of any corrupt activities directly related to Dilma Rousseff has surfaced so far, it is certainly true that Rousseff has enormously benefitted from the corrupt activities of her party, particularly by being elected as president in 2010 and re-elected in 2014.

This piece tried to emphasise the highly important fact that any impeachment process is, first and foremost, political, dealing with questions of power and influence. And owing the highly fragmented and heterogeneous nature of coalition governments in Brazil, it is fundamental for a president to know how to forge alliances, foster dialogue and create consensus among partners and opponents. To be sure, political reforms such as the introduction of measures to significantly reduce the number of parties in Congress are urgently needed. Unfortunately, there is no immediate remedy to this significant deficiency in sight, in particular when considering the composition of the current Congress which is dominated by politicians with extremely conservative, religiously fundamentalist and highly reactionary worldviews. And yet, it is clear that any governing coalition to function in Brazil’s political system requires a president extremely skilled in engaging with the legislative, creating deals, forging alliances and making compromises. Dilma Rousseff is facing the end of her political career because she has utterly failed in this respect. 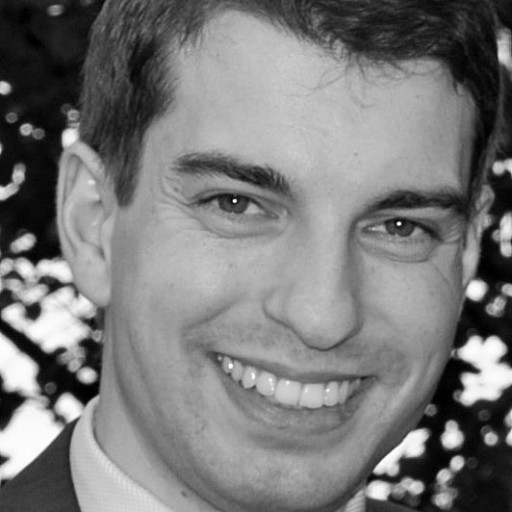 Other posts about this region:
Brazil, Nord- und Südamerika (ohne USA) 3 comments Join the discussion
to receive information about new articles and services of Verfassungsblog.de. I know that I may withdraw my consent at any time. More information in the privacy policy.
Verfassungsblog complies with the new GDPR.
Read about it in our Privacy Policy. I opt-out
permanently of anonymized tracking via Google Analytics on Verfasssungsblog.de. This will create a cookie on your device to save your decision.
Go to Top