The Turkish Constitutional Court (“TCC”) ruled on 17 September 2020 that the right to be elected and right to personal liberty of Enis Berberoğlu, an opposition MP, have been violated. As a remedy to this violation, the TCC ordered the Istanbul 14th Criminal Court of First Instance to start a re-trial in order to eliminate the consequences of these violations. Yet, the Court of First Instance, with a ruling rendered on 13 October, did not implement this decision. The unfolding of these events creates political and legal controversy and harms the – already vulnerable – credibility and legitimacy of the TCC.

Pursuant to Article 83 of the Turkish Constitution, MPs enjoy parliamentary immunity for the duration of their terms in office. This immunity prevents the prosecutors from initiating criminal investigations against the MPs. If an investigation or a criminal proceeding had already been initiated before an MP took office, such procedure must be halted until their term ends or the Parliament votes for lifting the MP’s immunity. Investigation and prosecution of a re-elected MP shall be subject to the Parliament lifting the immunity anew (Article 83(4) of the Constitution).

To lift the immunity of an MP, the normal procedure requires Parliament to first deliberate on the case in an investigative committee. If the committee reports that the immunity shall be lifted, the General Assembly of the Parliament votes on this matter. While the immunities can only be lifted on a case-by-case basis, a simple majority is sought for this rather lengthy procedure.

On 20 May 2016, the Turkish Parliament passed a constitutional amendment which added a single provisional article to the Constitution. This amendment provided for the parliamentary immunity of all MPs to be lifted in respect of the cases that had already been initiated before the adoption of this amendment and that were pending before the Parliament. The constitutionality of this amendment in itself had created a large debate, with the Venice Commission pointing out how it endangers the freedom of expression of the MPs.

After the immunity of MPs was lifted with this amendment for the cases that were submitted to the Parliament before 20 May 2016, criminal investigations resumed in 667 separate cases against 138 MPs.

One of those cases concerned Enis Berberoğlu, who was an MP and the Deputy Chairman of the main opposition party CHP. Before being an MP, he was an active journalist, practicing for more than 35 years. In 2016, he was charged by the public prosecutors for leaking photos of containers belonging to the Turkish Intelligence Agency (“TIA Containers”), filled with heavy artillery, allegedly being transported to Islamist groups located in Syria. Since he was an MP at the time, the investigation was put on hold, and his case was referred to the Parliament.

After the constitutional amendment lifted the immunities of the MPs, the criminal investigation against Berberoğlu resumed and Istanbul’s 14th Criminal Court of First Instance found him guilty of revealing state secrets through political and military espionage, and sentenced him to 25 years of imprisonment on 14 June 2017. He was detained upon the announcement of the verdict. The Court of Appeals reduced his sentence to 5 years and 10 months of imprisonment on 13 February 2018. The next phase of this case was appealed to the Court of Cassation, the highest court that rules on criminal cases in Turkey.

In the meantime, a country-wide parliamentary election was held on 24 June 2018 and Berberoğlu was re-elected as an MP from Istanbul for a new term. As set forth above, Article 83(4) of the Constitution provides that a re-elected MP regains his immunity. Berberoğlu filed a complaint to the Court of Cassation requesting the halt of the trial and for his immediate release. However, the Court of Cassation denied these requests. The Court reasoned that Berberoğlu’s immunity was not lifted with the normal procedure, but rather with a constitutional amendment, and because of that, he would not regain his immunity as foreseen in Article 83(4) of the Constitution. This decision was heavily criticized by legal scholars and the political opposition since the Court’s verdict went manifestly against the explicit wording of Article 83(4) of the Constitution.

As the last remedy, Berberoğlu filed an individual application to the Constitutional Court, claiming that his rights to personal liberty, to be elected, and to freedom of expression were violated. On 17 September 2020, the General Assembly of the TCC unanimously ruled in his favor.

In its decision, the TCC underlined that the provisional article added to the Constitution indeed lifted the immunity of the MPs for the cases that were filed before 20 May 2016 (para 76). However, reviewing the text of the amendment and the statements of the chairman of the Constitutional Committee in the Parliament (para 93), the TCC held that once an MP is re-elected, he regains the immunity as granted in Article 83(4) of the Constitution.

The constitutional amendment to lift the immunities stated that only the first sentence of Article 83(2) would not be applied for the cases that had been filed to the Parliament before 20 May 2016. This sentence is as follows: “An MP who is alleged to have committed an offence before or after election shall not be detained, interrogated, arrested or tried unless the Parliament decides otherwise.” Furthermore, during the parliamentary deliberations of this amendment, the Chairman of the Constitutional Committee said:

“The Amendment states that the first sentence of Article 83(2) shall not be applied. Therefore, Article 83(4) still exists, and in order to prosecute an MP who is re-elected, the Parliament must lift the immunity again. Since there are no changes concerning Article 83(4), it is clear that an MP will regain his/her immunity after being elected again.”

The TCC thus held that Berberoğlu’s immunity should have been reinstated after he was elected in June 2018. The TCC found that the Court of Cassation’s interpretation of the provisional article was very broad, which was against the wording and the purpose of the article (para 91). As a result, Berberoğlu’s right to be elected and right to personal liberty were found to be violated.

Article 50(1) of the Law on the Functioning of the Constitutional Court states that:

“In the event of a violation decision, the actions to be taken to eliminate the violation and its consequences can be decided by the Court. However, the Court cannot make an appropriateness review (…).”

In accordance with this provision, the TCC had ordered the Criminal Court of First Instance to initiate a re-trial and halt the proceedings until the term of Berberoğlu ends (para 140).

After this decision, the expectation in a country that is governed by the rule of law would be for the Criminal Court of First Instance to apply the TCC’s decision and initiate re-trial. Article 153 of the Constitution states that “The decisions of the Constitutional Court are final (…) [and] shall be binding on the legislative, executive, and judicial organs, administrative authorities, persons and corporate bodies.” Therefore, the Courts of First Instance, or any other entity that caused the violation of a fundamental right, do not have the authority to review the TCC’s decision. They need to implement the decision and eliminate the consequences of the violation.

Not the first time

Decisions of the TCC on individual applications regarding political cases have been subject to disputes since 2016. One of the initial events on this issue started after the TCC found the detention of Can Dündar, the editor of the Cumhuriyet newspaper which published the aforementioned photos of TIA Containers, to violate his rights to personal liberty and freedom of the press. He was released from prison following the TCC’s ruling. After his release, President Erdoğan stated: “I do not respect, obey or accept the decision of the TCC. The Court of First Instance could have resisted this decision.”

After being denied of release, Alpay lodged a second individual application to the TCC, claiming that his right to personal liberty had been violated by the Criminal Court of First Instance by not implementing the TCC decision. The TCC reviewed this application with a speedy procedure in only 2 months and decided that Alpay’s right to personal liberty was violated for a second time. In its reasoning, the TCC stated that the implementation of their decisions is a vital aspect of the right of access to the courts, which is an essential part of the right to a fair trial (para 60). Furthermore, the Court stated that Courts of First Instance are obligated to follow the decisions of the TCC if a violation verdict is issued (para 80). In this second decision, the TCC also ordered the Criminal Court of First Instance to end the detention of Alpay. Pursuant to this second decision of violation, the Criminal Court of First Instance released Alpay from detention and placed him under house arrest.

Although the characteristics of these two cases are similar, in the Alpay case, the crisis ended with Alpay being released from detention after the TCC had specifically issued a second decision on how to eliminate the consequences of the violation of his right to personal liberty (i.e. by explicitly ordering the Court of First Instance to release Alpay). However, the recent Berberoğlu case brings unprecedented chaos between the TCC and Courts of First Instance. In the Berberoğlu decision, the TCC explicitly stated that a re-trial is the action that needs to be taken for the elimination of the consequences of the violation. Even though the decision of the TCC was very clear, the Criminal Court of First Instance did not initiate a re-trial. Therefore, unlike in the Alpay case, a second violation decision seems to be unnecessary and redundant.

The events that have unfolded with the Berberoğlu case show a further decline in the rule of law and judicial independence in Turkey. The TCC was authorized to review individual applications in 2012 to reduce the violation decisions issued by the ECtHR against Turkey. Yet, the non-implementation of the TCC decisions points out the possible ineffectiveness of the Court in applications brought before it. Whether the TCC can remain an effective remedy before the European Court remains to be seen in the future, with the continuing erosion of democratic institutions and rising autocratic tendencies in Turkey. 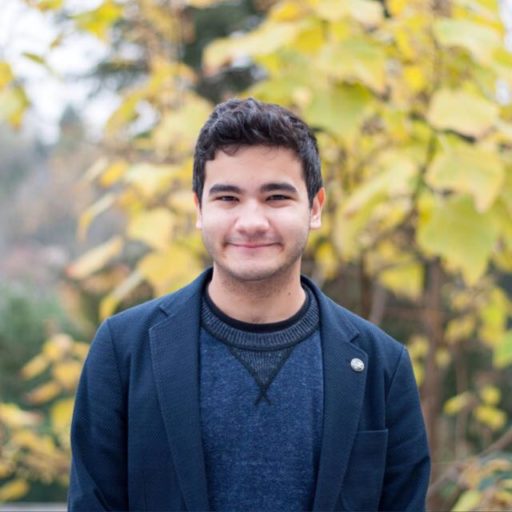