Does the majority have a right to have rights? On the Cultural Defence of Nations

Over the last several decades, a burgeoning literature on minority rights and minority accommodation has emerged. The rights of the ‘majority’ – everyone else – have garnered little interest because scholars have assumed that they will take care of themselves. In this excellent book, Liav Orgad argues that large-scale immigration to Europe and North America has rendered this assumption false. Immigration, above all to North America, is of course not new, but the overall numbers today are greater than in the past, and it is occurring in a new context of globalization, transnationalism (migrants live half their lives or more in their home countries), and radically new technology (which allows one to live in a Twitter/Facebook-/YouTube world entirely in one’s home country language).

Orgad’s case is conceptually rock solid. If it is legitimate to adopt policies and make exceptions to protect minorities (which all progressive scholars accept), then there can be no argument against protecting majorities (though, one suspects, that the progressive passion for such protection would be rather dimmed). More provocatively, if we insist on recognizing the absurd concept of cultural genocide (as if being robbed of one’s culture is the equivalent of being robbed of one’s life), then it’s morally arbitrary to claim that some cultures – minority ones – are more worthy of defense than others – majority ones.

The question, naturally, is whether majority culture is threatened, and Orgad canvasses some possibilities: security threats (terrorism), economic threats (migrants become a fiscal burden), threats to community cohesion, threats to participation (should migrants participate insufficiently), demographic threats (overpopulation and environmental degradation), and threats to culture. The last could be threats to liberal culture (liberal values and institutions), national culture (language, national symbols), and popular culture (dress codes, manners, folklore). These are, as Orgad notes, ideal types rather than rigid categories: concerns may overlap, and certain majority members worry more about some threats than others (p. 53).

Orgad quickly sees off some of the more hysterical demographic fears: there is no evidence that Muslims will become a majority in European countries, as suggested by the Eurabia literature. Muslim numbers will grow, but nowhere will they reach much more than 10% of the national population (p. 71). Similarly, American fears, expressed by the late Samuel Huntington and Mark Krikorian, of a Mexican Reconquista of the southern United States are unwarranted; indeed, they are absurd (p. 66).

By contrast, threats to security and liberal values are real enough to warrant action, and Orgad concludes that immigration policy (keeping out those who plan to commit violence and/or are thoroughly hostile to their intended new country) and naturalization policy (requiring a knowledge of a country’s constitutional laws and norms as a precondition for citizenship acquisition) can address them and, in so doing, protect majority rights. The accent, however, should be on a country’s constitutional principles rather than on its cultural norms. Whereas immigrants can be legitimately expected to adapt to these norms, the process is an everyday, living one and should not be driven by citizenship tests on such matters as Dutch present-giving practices or what to do when you spill someone’s pint in a British pub (life-saving though the second bit of information can be).

Orgad is to be commended for a nuanced discussion of a topic that most scholars would rather avoid. Logically, the strength of his recommendations depends on the seriousness of the threat to the majority. One line of response to Orgad is that there is no such thing as a majority: what does an English, white, lesbian Marxist have in common with a English, white, conservative, rural, heterosexual farmer beyond being white and English? Such a critique is unconvincing as the same point applies to minorities: a black drag queen likely has little in common with a radical black Islamic convert. It was always so: in the 1950s middle-class Africans were horrified at the prospect of being lumped in with West Indian workers, whom they regarded with disdain. And members of the majority do have something in common: longstanding citizens, white and non-white, have a set of shared experiences, assumptions, and modes of behaviour that tie them together and separate them from newcomers. That lesbian Marxist and rural farmer in all likelihood respect the queue, say ‘please’ and ‘thank you’ seven times during the average purchase, think that understatement is the best overstatement, and in the end think that one should live and let live. But are majority experiences, assumptions and modes of behaviour – culture, if you will – threatened by immigration?

Security threats certainly are real, and few beyond open borders advocates dispute that immigration policy is an appropriate mechanism for checking them (though it is of course not the only one, and many of these threats originate in the citizenry). An absence of economic and civic participation by migrants might be a worrying development, but they are ones that are hard to predict in advance and it is thus doubtful that a naturalization test on, for instance, the importance of participation or getting a job would solve them (I doubt that Orgad would support such a test in any case given his emphasis on constitutional matters). So the heart of the matter becomes values: Orgad presents data, which other studies have confirmed, demonstrating highly illiberal European Muslim attitudes towards women, LGBT people, and the principle of free speech (pp. 36–40). Fifty-five percent of UK Muslims believe that wives should always obey their husbands; 61% hold that “homosexuality is wrong and should be illegal:” and 68% believe that “people who insult Islam should be arrested and prosecuted (p. 36).” The gaps in attitudes between Muslims and the broader population in Europe can be massive: whereas only 18% of Muslims in France and 26% in Germany think that homosexual acts are morally acceptable, 81% and 68% of the overall population do (p. 36). This is a particularly European problem: “cultural gaps on such a scale,” Orgad notes, “do not exist in America (p. 39).” Muslims are often under the post-9/11 spotlight, but one would suspect that attitudes among orthodox Jews and Christian fundamentalists would be similar, at least towards LGBT people.

These gaps are worrying, and it is shameful that progressive scholars ignore them or wish them away. Imagine the reaction if 61% of the majority population thought that black people were less intelligent than white people (and even that belief would not imply their arrest and prosecution). I agree wholeheartedly with Orgad that these attitudes must be challenged. Where I disagree is on the mechanism for so doing. Immigration and citizenship policy are poor policy tools for rooting out illiberalism. Europe already has large Muslim populations, so illiberal people cannot, as it were, be checked at the gates, and a liberal immigration test for new entrants could easily be passed by ticking the right boxes without much cognitive or moral commitment. The same is true for citizenship tests (indeed, under Orgad’s formulation, they wouldn’t even try to tackle illiberalism). Rather than one-off immigration and citizenship tests, education policy – aimed at everyone, not targeted at Muslims – should confront illiberalism. In this vein, the province of Ontario rolled out a sexual education curriculum in 2015, applied from grade 3, which argues that homosexuality should be respected because difference should be respected. In a largely Muslim neighbourhood, thousands of parents pulled their children out of school in protest. In a typically pusillanimous move, the provincial government did not charge them and promised an opt-out from the curriculum. To their credit, school boards refused to budge and denied the opt-outs. Such determination should be de rigueur. Education policy should also emphasize the centrality of free speech, whilst public policy takes a zero-tolerance approach to (above all violent) assaults on it.

In summary, Orgad has written an impressive book that deserves a place in the canon of analytical legal and political theory. I remain skeptical that majority norms are so fragile that they face existential threats, and I differ with Orgad on the best means seeing off the threats that do exist. As I’m something of that weak and dying dinosaur that is a child of the enlightenment, I also tend to regard a right to free speech, gender equality, and freedom of sexual expression as universal rather than cultural rights. But I wholeheartedly agree that immigration poses uncomfortable challenges, and like all challenges to liberalism they need to be addressed. Charles Taylor once dismissively referred to liberalism as a “fighting creed.” You’re damn right it is.

DOWNLOAD PDF
LICENSED UNDER CC BY NC ND
SUGGESTED CITATION  Hansen, Randall: Does the majority have a right to have rights? On the Cultural Defence of Nations, VerfBlog, 2016/2/23, https://verfassungsblog.de/does-the-majority-have-a-right-to-have-rights-on-the-cultural-defence-of-nations/, DOI: 10.17176/20160223-110808. 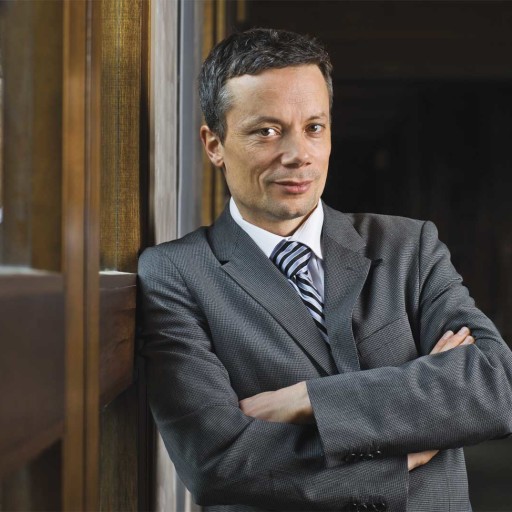