New Challenges to the Rule of Law in Latin America

For 18 days in June, the Ecuadorian society has descended into chaos. What started as a strike led by indigenous communities mutated into a multi-pronged social outburst that threatened the constitutional order as a whole. While the core reason for the widespread discontent lies in the systematic exclusion of a vast majority of the Ecuadorian population from basic social systems, the resent crisis in Ecuador posts a more comprehensive alert: The current challenges of the global economy (i.e., inflation, energy, and food prices) can catalyze social explosions within local social structural problems in the global south. The Ecuadorian case also highlights how weak political institutions risk collapsing in the face of these uncontrolled social explosions and how imperative it is to bring social grievances within a constitutional framework.

On 13 June 2022, a group of Ecuadorian indigenous communities and social movements led by the Confederation of Indigenous Nationalities of Ecuador, (CONAIE, Spanish acronym) issued an open manifesto “Demands of a National, Popular Plurinational Mobilization” (here) and called a national mobilization to resist what is referred on the text as “neoliberal capitalism” supposedly embodied in the government of Guillermo Lasso, current President of Ecuador. While the concept of CONAIE’s “neoliberal capitalism” is not defined in the text, it can be inferred that it encompasses a wide variety of actions by actors mentioned in the manifesto within national, international, and transnational levels of economic governance.

During the following days in June 2022, the march of indigenous communities to the capital Quito pursuing its grievances mutated into a bitter standstill (here, here). A wide range of troublesome events were reported: the death of at least five protestors and one army officer; roadblocks across the country; attacks by protestors to sensitive infrastructure; shortage of products; reports on police and military violent repression against indigenous communities (here); attacks by protestors against other Ecuadorians that did not join the strike; and attempts to overthrow the President. As response, the Ecuadorian President declared the state of emergency, and called the army to help restore the order.

In sum, the Government could not assert complete control over the country for 18 days, until a truce was agreed with CONAIE’s leaders. The events described represent a confluence of different narratives that raise questions: was the social outburst a legitimate set of grievances that were not properly attended by the President? Or was it a revolt undermining the constitutional order and bringing the country to the brink of a civil war?

What Happened in Ecuador in June 2022?

A first step to answer this question is to conceptualize the events as a multi-pronged outburst where three narratives emerged and ran parallel conflicting with each other. Thus, the different descriptions of the conflict depend on the position of the observer:

‘La Basílica’ Agreement and the Truce in the Conflict

On 30 June 2022, the outburst ended when the so-called ‘peace agreement’ was reached between the Government and the CONAIE leaders. However, the text of the La Basílica agreement has not been made public, neither by the Government nor the CONAIE, and what is known of its content is the information reported by the media. (here, here).

While there could be several factors that influenced the decision of CONAIE’s to end its mobilization and find a compromise, three events had a decisive impact: First, Lasso’s opposition in the legislature failed to gather the necessary votes to activate Article 130 of the Ecuadorian Constitution to remove the President. Second, an attack by protestors in the Ecuadorian rainforest with firearms on Ecuadorian security forces killed one official and left several wounded (here). The attack evidenced a violent dimension of the protest and represented a risk of further escalation to a direct armed conflict between protesters and the Ecuadorian armed forces. Third, the growing economic losses (here) due to roadblocks throughout the country increased every day, resulting in a growing rejection of many Ecuadorians to the actions of CONAIE. Against those events, it seemed more complex for CONAIE to uphold its original narrative of its actions as a part of a legitimate social protest.

The breakthrough was possible thanks to the mediation of some Catholic church members within the premises of the Basílica del Voto Nacional church in Quito. On the one hand, CONAIE agreed to end the mobilization. On the other hand, the Government decided among other things to reduce fuel prices by introducing new subsidies to diesel and petrol and stablish controls on basic food prices. Most remarkably, the agreement established a process of roundtables (‘mesas de diálogo’) to define the concrete actions regarding the pending grievances from CONAIE’s original manifesto during the next 90 days. Thus, the agreement removes important deliberative processes that usually are the function of a legislative branch into an informal setting. For instance, in these roundtables the Government ought to agree directly with the CONAIE on the future of mining, oil production, and international economic policies of the state.

The road ahead will not be easy for Ecuador, since there is not only the need to put together the different visions on the crisis, but also – the main task – of realizing the ‘La Basilica’ agreement. One of the challenges is that the Agreement formally does not have a legal value inside the Ecuadorian legal system, where binding democratic deliberative exercises should take place at the legislative branch. At the same time, despite their unclear legal status, the roundtables referred to in La Basilica agreement will be the place where de facto fundamental political decisions of Ecuador’s economy, fiscal and international relations policies are going to be taken. The latter, brings the need for greater transparency and accountability from both the Ecuadorian Government and the CONAIE regarding the execution of its agreements. A fundamental step in this direction is the publication of the full text of the ‘La Basilica’ agreement by the Government and CONAIE, so that it can be known and properly audited by all Ecuadorians.

The Ecuadorian experience in June 2022 needs to be analyzed closely by other countries from the Global South. In fact, similar rise in food and fuel prices that were one of the factors that triggered the outburst in Ecuador are currently being experienced across Latin American countries (here). Thus, a question that still needs an answer is how constitutional systems, already under stress after the pandemic, could build resilience to effectively process social grievances of the magnitude seen in Ecuador without collapsing. 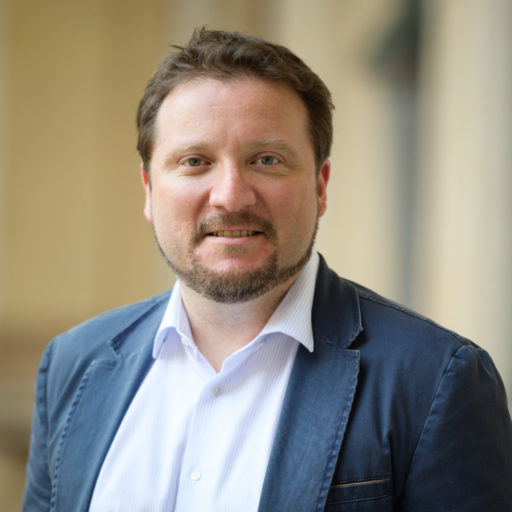 Other posts about this region:
Ecuador No Comments Join the discussion
Go to Top