Elections in Thailand: A Tale of Kings, Coups and Constitutions

When wandering the streets of Bangkok tourists often come across the Thai saying ‘same same but different’. The oxymoron has actually not only developed into a popular joke among tourists but is also used by locals themselves in numerous contexts: to describe the subtle difference between the various Buddhist temples in the country’s capital or as an answer to inquiries into the authenticity of products on one of the many abundant markets. However, one may also consider using the phrase to describe the political landscape of the country after last week’s general election. While the official results will not be released until 9 May, chances are high that the distribution of political power in the country follows the popular saying. The junta stays in charge but can repackage its authority with democratic labels: same authority, different disguise.

The argument I would like to outline is that the current elections and their outcome – regardless of the official results and irrespective of who may lead the new government – can only be understood within the broader context of the country’s constitutional law and legal as well as political history. The 2017 Constitution has stacked the cards so much in favor of the junta’s proxy party, the Palang Pracharath (PPRP), that it either may indeed lead the new government and elect the new (and old) Prime Minister, Prayut Chan-o-cha, or at the very least still exercise considerable de facto control through constitutional provisions as well as powerful and like-minded institutions against any new civilian government coalition, which is unlikely to survive for very long.

The pressure to finally hold elections in Thailand in 2019 was high on various fronts: Thais had not voted since 2011 and were initially promised swift new elections after the coup d’état by the military under General Prayut in May 2014. The General had declared his intentions to reinstate order, security, and economic stability after tumultuous snap elections announced by Prime Minister Yingluck Shinawatra, which were boycotted by the opposition and eventually declared invalid by the Constitutional Court, whilst the main political parties were deadlocked, and violence increased between the yellow-shirt and the red-shirt protestors on the streets of Bangkok. Additionally, the national mourning after the death of King Bhumipol Adulyadej in October 2016, which put the nation in a state of ‘considerable national anxiety’, slowly diminished as an argument to further postpone the election date. Finally, international allies calling for immediate elections after the coup are likely to have provided another incentive to end Thailand’s lonely position as currently the world’s only military dictatorship.

The willingness to abandon this unflattering title, however, does not mean that the junta was willing to easily hand the country back over to a civilian government. The tools of constitution-making and public referendum once again served the purpose of changing the rules of the game in favor of the authoritarian leader and against civil society and opposition parties – a phenomenon described by David Landau and Rosalind Dixon as ‘abusive constitutionalism’. Unlike well-known cases in Latin America or more recently inside the European Union, however, Thailand did not vote its political leader into office first, before he and his party – backed by political legitimacy – could rearrange the engine room of democracy, the country’s constitution. At the same time, the constitutional replacement process after a coup was anything but extraordinary in a country that has seen twenty new constitutions and twelve successful coup d’états (and seven unsuccessful ones) since the abolition of absolute monarchy in 1932. What makes Thailand a particularly interesting case study this time around, however, is the mixture of old and new constitutional tools for the purpose of democratic window dressing within a context of what has been called ‘neo-royalism’ and ‘Buddhist constitutionalism’. In the following, I will briefly describe the legal and political parameters of four key phases in Thai politics after the 2014 coup leading up to the post-election situation, which is currently unfolding.

The months after May 2014 were characterized by the smoothness of the coup. The military and Army Commander General Prayut executed a calm and efficient takeover of power under the name of the National Council for Peace and Order (NCPO) without any tanks or troops on the streets of Bangkok. While martial law was declared and the 2007 Constitution repealed, the NCPO went on a societal campaign to ‘return the happiness’ and provided a roadmap for a new constitution and general elections. The coup in fact brought back security, order and economic stability, and the military initially treated critics and the media with slightly more lenience than experienced in prior coups. The military was also keen to quickly create the appearance of separated powers with ‘five bodies’, including the NCPO as the main body, the National Legislative Assembly (NLA) as a quasi-legislature, a cabinet, a National Reform Council (NRC), and a Constitutional Drafting Committee (CDC). All organs, however, were dominated or exclusively made up of military officials or supporters.

Another significant step to maintain the military’s power was the enactment of the Interim Constitution in July 2014 to replace the martial law in force since the coup. Here again, the rhetoric of ‘constitution’ was nothing but an empty vessel to distract from the material substance of the law, which some deemed harsher than the martial law it had replaced. Most importantly, Sec. 44 of the 2014 Interim Constitution granted the NCPO leader and head of government, General Prayut, dictatorial absolute power over prior legislative, executive or judicial acts whenever ‘necessary for the benefit of reform in any field and to strengthen public unity and harmony’. Sec. 44 further ordered that these orders be deemed ‘legal, constitutional and conclusive’ and thus above the constitution and beyond any kind of judicial review. Hierarchically above the constitution is not only the junta leader, however, but as part of the established Thai constitutional doctrine of dhammarāja (the righteous King) also the god-like King, who has a history of frequent political interventions and has in the past fostered close ties to the junta and against the prior Shinawatra governments – a position seemingly also adopted by Bhumipol’s recent successor, King Vajiralongkorn.

The enactment of the 2017 Constitution then lay the legal groundwork for this year’s elections. This constitution was prepared and drafted by the CDC, which was handpicked by the junta without public consultation. In the lead-up to the referendum on the constitution, Art. 61 of the Referendum Act declared it illegal to ‘sow confusion’ about the referendum and promote ‘disorder’, thus making democratic constitutional bargaining and an informed vote impossible. In substance, the new constitution set a 15-month transition period until the elections (which was extended under dubious reasons) under which the junta remained in power (Sec. 267-268). This included the absolute dictatorial powers of the Interim Constitution (Sec. 265), whose orders harassed political enemies, restricted press freedom, freedom of speech and information, freedom of assembly, and impeded the formation of parties. Directly relevant for the upcoming elections, the Constitution also adopted an electoral system of mixed member apportionment, with one vote determining both the 350 constituency MPs as well as the 150 party-list MPs of the Lower House, thus favoring small and mid-size parties (like the junta proxy party PPRP) over larger parties (like the opposition parties Pheu Thai and Future Forward). Most significantly, the Upper House, containing 250 Senators, was selected entirely by the junta and will together with the House elect the first Prime Minister. This effectively means that out of 500 seats in the House, 126 suffice for the junta to get Prayut elected as Prime Minister, which made the Senate make-up a ‘coup in disguise’. On 28 March and after major irregularities in the voting and counting process, the Election Commission – also conveniently appointed by the NLA – released the full vote count, showing that the pro-military party had won the popular vote, but remaining silent on the exact distribution of seats in the Lower House until the official results on 9 May. For now, it appears that the PPRP will likely get its PM elected, but might run short of a majority in the House if a seven-party opposition coalition, headed by Pheu Thai, manages to form.

However, irrespective of the pro-military party’s actual success at the ballots, enough precautions were taken in advance to ensure the military’s influence even in the unlikely case of a civilian government. Firstly, the 2017 Constitution drastically limits the policy options of any incoming government by setting a 20-year masterplan which comprehensively covers topics like education, criminal justice, public health or the economy (Sec. 258), details for which are provided by expert committees appointed by the NCPO. Deviations from the plans may cause public prosecution. Secondly, little hope for checks and balances can be projected onto institutions like the Constitutional Court or other supposedly independent agencies like the National Anti-Corruption Commission (NACC), which the 2017 Constitution has actually strengthened. Both institutions are highly politicized, and in the past have very much acted in line with the junta’s political preferences (e.g. when the Constitutional Court declined to review any cases concerning the NCPO while strongly prioritizing the prosecution of members of the former civilian governments). Thirdly, amending the most unsettling parts of the current Constitution would be legally almost impossible for any new civilian government, since Sec. 255 and 256 require a close cooperation between the government, the opposition, the Senate, and the Constitutional Court – a scenario highly unlikely.

What lies ahead of Thai politics are thus tumultuous times, the basis for which is enshrined in the country’s 2017 Constitution. Currently, a smooth running of the political system only seems likely under a new and old Prime Minister Prayut and a House controlled by the pro-military party PPRP. If this does not occur, the Parliament and the Prime Minister could end up as opposing forces in an environment within which raw politics (or force) might once again be decisive, possibly ushering in the making of the country’s 21st constitution in order to accommodate its political leadership.

Other posts about this region:
Thailand 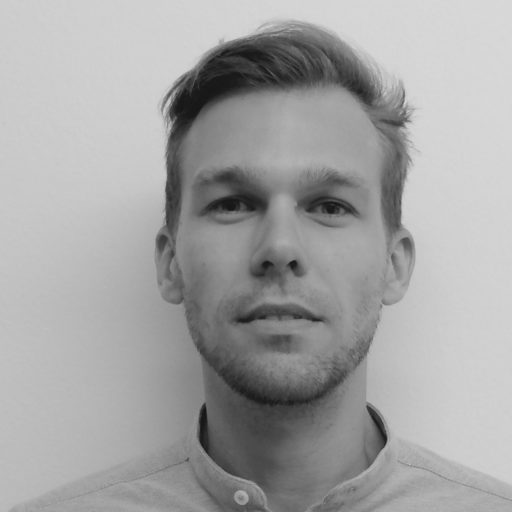 Other posts about this region:
Thailand No Comments Join the discussion
Go to Top