The Elections Bill 2021 and the Independence of the Electoral Commission

The Elections Bill 2021 has generated significant controversy among members of parliament, scholars, and observers. The provision that has generated the most alarm has been a voter ID provision, whose effect has been described as prospectively oppressive and whose justification is widely seen as thin, given the low levels of identified voter fraud in the UK.

However, another provision of the Bill has also generated alarm: granting the Secretary of State the power to influence the currently independent Electoral Commission. The Commission, established by the Political Parties, Elections and Referendums Act 2000 (PPERA), regulates campaign financing and electoral procedure in the UK. Its remit is the administration of electoral rules and evaluation of electoral process. §§14-15 of the Elections Bill modifies the statutory text of PPERA, and permits the Secretary of State to designate a ‘Strategy and Policy Statement’ regarding the Commission’s priorities and performance. It further requires that the Commission incorporate the Statement into its decision-making, and produce reports describing how the Commission has given effect to the Statement.

The effect of the Statement is to transform the Commission from an independent oversight body into an entity accountable to the Secretary of State. It thus politicizes a previously independent institution. Under the pre-Elections Bill statutory regime, the Commission is made up of persons who are not, and have not recently been, affiliated with political parties (as members, as donors, and so forth). Furthermore, a prevalent purpose of the Commission is to produce reports on elections and related matters, precisely the type of practice which the Commission is now expected to undertake with regards to the Statement. As the Secretary of State is, of course, a partisan figure (doubly so, given that the Secretary occupies the dual roles of directly elected partisan MP and minister accountable to the party), so charging the Commission to implement and account for such an instruction compromises the neutrality and impartiality that was a defining feature of the Commission.

This loss of independence has produced a robust response not only from commentators, but from the Electoral Commissioners themselves. As the Elections Bill entered the House of Lords, all members of the Commission (save one who sits in the House of Lords itself) jointly submitted a letter to the Government urging removal of the provision implementing the Statement. The concerns described in this letter are precisely that the Statement, in making the Commission “subject to government influence”, would compromise its independence, and undermine confidence in the neutrality of its administration of electoral and campaign finance law. As an alternative, the members of the Commission proposed enhancing the role of the existing Speaker’s Committee in Parliament, a cross-party body that currently performs largely logistical oversight of the Commission. Allocating responsibility for oversight of the Commission to the Speaker’s Committee, rather than a governmental minister, both retains the bipartisan nature of oversight and ensures that the body which performs such oversight is (being comprised of MPs) itself directly accountable to the electorate, rather than serving at the will of the dominant party’s leadership.

At first glance, the concerns elicited by granting power over the Commission to a governmental minister are obvious: it runs the risk of self-dealing, as the entity most interested in securing victory in elections – the current party in power – suddenly has direct, partisan authority to shape electoral process. Such concerns intersect with a number of familiar anxieties in contemporary UK governance. Boris Johnson’s government (and Johnson himself) have faced a steady stream of accusations of corrupt, sleazy, or self-interested conduct, ranging from the suspect funding of Johnson’s flat refurbishment to the assignment of COVID supply contracts to Tory allies. The possibility of such a government exerting power over its own selection is particularly unsettling. Furthermore, that the government, rather than Parliament, could oversee a central pillar of popular governance suggests creeping expansion of executive power at the cost of the legislature, evocative of Miller and Miller Cherry.

It is possible to query the exceptional and objectionable nature of governmental oversight of the Commission, however, through recognition of institutional power realities. Both the Secretary and the Commission are components of the comprehensive institutional structure in UK constitutional democracy; neither institution can assert an intrinsic claim to normative priority so long as ultimate democratic accountability is maintained. More specifically, recognizing both entities as institutions jostling for political power might ameliorate the Commission’s grievance in being placed under greater governmental oversight. In this view, the Commission’s concern for independence is more realistically – if cynically – described as anxiety of losing power. Indeed, in being more directly accountable to the electorate, the executive can make a claim to legitimately oversee electoral procedure. This reading suggests that the implementation of the Statement in the Elections Bill is at worst a neutral shifting of power from one institution to another, no worse than normatively neutral so long as power ultimately passes through to the electorate.

Yet such a blasé attitude towards the politicization of the Commission’s function ignores the distinctive importance of neutrality in setting electoral procedure. Legitimacy of electoral procedure is not merely another domain of institutional competition, but a necessary prerequisite of the ultimate pass-through of power to the franchise. The foundation of liberal democracy, as captured by John Rawls’, is the accommodation of both liberty and equality; in democratic procedure, this is accommodated by allocating to the electorate decisive control over the state, while giving each citizen the equal procedural opportunity to contribute to this control. Impartiality in the oversight of electoral procedure is critical because it is the institutional means of ensuring this equality, without bias from those who have an interest in a particular outcome.

This normative perspective crystallizes why the government’s oversight of the Commission is problematic: such politicization threatens the procedural equality that democratic legitimacy must afford all members of the franchise, an equality that is achieved through impartial administration. The logic of political power will incentivize the government to deviate from such impartiality. By the logic of institutional power acquisition, the government should seek to advance electoral policies that increase chances of re-election for the party in power by, for example, resulting in more favourable treatment for their own donors and constituencies. In such circumstances, the only bound on government manipulation of electoral procedure would be the concern of alienating its own base. Such limitations are likely only to be activated where they blatantly deviate from universally held baseline norms; in such circumstances partial electoral administration can be effected with plausible but pretextual justifications. On example is present in the Elections Bill itself: the voter ID measure that has generated strong backlash is thus alarming not merely in and of itself, but because it exemplifies the type of pretextual, self-serving, and ultimately partial electoral policy that oversight of the Commission would grant the government.

A concept particularly familiar to lawyers – rule of law – provides a useful parallel for understanding the wrongfulness of the politicization of electoral procedure, and how affording a partisan minister the opportunity to influence the Commission illustrates this wrongfulness. It is uncontroversial, even commonplace, that tribunals and judges must be impartial in the application of law when deciding disputes (even if the rule-of-law substance that informs such decision-making can, at least in hard cases, be endlessly debated). This impartiality protects the fairness of dispute resolution to diverse parties before courts. Administration and oversight of electoral procedure must enjoy a similar impartiality to protect the equality of voters – and thus preserve the foundations of democratic legitimacy. As with the meaning of impartiality in rule of law, the more substantive or nuanced character of this administration can be contested, or legitimately advanced through differing conceptualizations. However, much as even if the meaning of rule of law can be contested, it can be agreed without difficulty that judges should not have authority in cases where they have a vested interest in the outcome, it is uncontroversial principle that electoral administration should not be undertaken by parties whose political fate may be decided by such administration. It is this principle that the government’s oversight of the Commission threatens, and that underlies the Commission’s protest against the authority granted in the Statement in the Elections Bill.

Explore posts related to this:
Electoral Law, Rule of Law 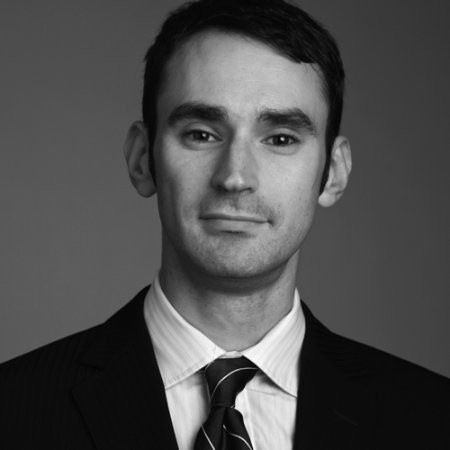 Explore posts related to this:
Electoral Law, Rule of Law