EU-Ukraine sanctions: Is it time for deeper convergence?

The European Union has been addressing the war in Ukraine against Russia in various ways. To name only a few, the EU has allocated additional funds to support Ukraine, Member States are sending weapons and arms equipment, Brussels is leading the international campaign to hold Russian war criminals accountable and, last but not least, the EU has imposed the largest sanctions package in its history to harm Russia’s ability to wage aggressive war.

A remarkable shift occurred with Ukraine making new steps towards accession to the EU. In June 2022, Ukraine gained long-awaited candidate status. Some observers labelled the Ukrainian pathway to the EU as an “accession through war” which is presumed to provide “a more favourable EU treatment of the membership application if and because the applicant is fighting, literally, to defend common European values”.

If so, common infrastructure in the fields of security and foreign policy, which are critical to deter Russian aggression, should be prioritised in any future institutional development arrangements between Ukraine and EU.

Below, I argue for the need to deepen the cooperation between Ukrainian sanctions authorities and EU counterparts as a vital element both for the integration process and resistance to Russia.

How alignment with EU acts works

The first notions of alignment and the practice to invite neighbouring countries to join EU sanctions emerged in 2007 with a few earlier exceptions. The sanctions proclaimed by the European Union aim to engage the broadest international support from third countries. In so doing, Brussels envisages internationalizing its foreign agenda, calling for the widespread support to defend universal values, such as human rights, democracy and the rule of law. Typically, all EU acts on the implementation of restrictive measures contain the following provision:

“In order to maximise the impact of the abovementioned measures, the Union shall encourage third States to adopt restrictive measures similar to those contained in this Decision.”

In the course of the elaboration of the sanctions packages, EU diplomats actively engage with foreign leaders to secure the maximum number of supporters of its international agenda. Once the decision on sanctions is adapted, it is followed by a press release and/or a declaration by the High Representative of the EU on the alignment of certain third countries concerning restrictive measures. The following is an example of alignment statement on sanctions against Belarus:

“The Candidate Countries the Republic of North Macedonia, Montenegro and Albania, and the EFTA countries Iceland, Liechtenstein and Norway, members of the European Economic Area, as well as Ukraine align themselves with this Council Decision. They will ensure that their national policies conform to this Council Decision.”

Here, the EU does not comment on the scope of the sanctions imposed by its allies. The measures may vary substantially regarding the number of designations, the time frames involved, or normativity. There are several alignment mechanisms the European Union has developed through practice in relations with its allies.

First, an “à la carte alignment” involves the autonomous adaptation of EU sanctions depending upon the circumstances. Switzerland has such an arrangement. For instance, Switzerland had not enacted sanctions against Russia (as the EU did); the Federal Council instead implemented a decision on measures to prevent the circumvention of international sanctions in relation to the situation in Ukraine in 2014. In 2022, the Swiss Government changed its approach by starting to align more with the essence of EU sanctions.

Second, “self-constraint”, whereby a state adopts the same sanctions decisions as the EU, despite there being no strict obligation in place to do so. One country with this arrangement is Norway. Additionally, this type of alignment involves the EU setting up a dialogue mechanism to hold consultations about sanctions implementation on a ministerial or working level.

The last type is “coordinated alignment”. In this case, the EU sees its acts in the field of CFSP as a part of acquis. Thus, candidate states (or EaP states held in lesser regard) are to implement the same measures as part of the expectation that they enact all EU acquis prior to full membership. Moreover, this form of alignment demonstrates a strong political commitment to and respect for EU values and its fundamental principles.

Ukrainian alignment with the sanctions of the European Union does not solely rely on political commitments. Rather, it stems from legal obligations laid down in the EU-UA Association Agreement under the Article 7, which reads as follows:

“The Parties shall intensify their dialogue and cooperation and promote gradual convergence in the area of foreign and security policy, including the Common Security and Defence Policy (CSDP)[…]”

A notable aspect here is that several alignments took place between 2000 and 2005, but EU officials did not comment on the Ukrainian position. Since 2020, Ukraine has systematically started to joining EU sanctions. The testing case concerned sanctions against Belarus which Brussels adopted in the aftermath of violent dispersal of peace demonstrations. While the practical consequences are far from evident, the symbolic significance was clear.

Minsk had served as a place for negotiations between Ukraine and Russia in the format of a trilateral group. Ukraine was also dependent on the import of fuels from Belarus after 2014. So, the fact that Ukraine joined EU sanctions against Lukashenko’s regime was a foreign policy commitment and can be viewed as such because it harmed Ukraine’s economic interests. Ukrainian Minister of Foreign Affairs Dmytro Kuleba further explained,

“The issue of Belarus – is a great example of how the convergence of foreign policies of the EU and Ukraine, provided for by the Association Agreement, works, when we really act as a ‘united front’ on the most painful issues.”

Starting from that precedent, Ukraine has joined other EU decisions on sanctions in the same manner, by pronouncing unilateral declarations of alignment. These declarations are political in nature and do not lead to legal action (as, for instance, in Switzerland, where EU sanctions are transferred to domestic ones through ordinances).

On 23 June 2022, the European Council adopted a decision to grant Ukraine candidate status, a step which marked a significant development in foreign policy convergence between Kyiv and Brussels. While the Commission Opinion on Ukraine’s application for membership of the European Union addressed mainly anticorruption and rule of law items as pivotal ones in integration, the stance on the external action cluster was described by the Brussels bureaucrats as “overall good”.1) That assessment was followed by welcoming remarks on the need to “to achieve increased convergence with the Common Foreign and Security Policy (CFSP) including on EU positions”.

The latest eight-months stretch of cooperation on sanctions between the EU and Ukraine does not yet constitute a well-coordinated sanctions policy firmly bridged between Kyiv and Brussels. The established International Expert Group on Sanctions against Russia (“Yermak & McFaul group”) is playing an advocacy role at international fora. It has no capacity to work at the instrumental level within the labyrinths of the EU Commission and Council.

On a separate note, the European Commission has formed the “Freeze and Seize” Task Force, composed of national contact points and EU agencies. The mandate of the task force covers coordination among EU member-states and G7 states with regards to seizing assets of Russian and Belarusian oligarchs. Ukraine has also joined the task force. It should be noted, however, that the task force is principally charged with sanctions enforcement but not design.

As noted, alignment is non-binding in nature, and its parameters depend upon the normative frameworks in each country. The internal sanctions adoption process and policymaking in the EU include many stages: for example, proposals are prepared by the High Representative in close cooperation with EEAS and FISMA, the Council considers proposals within different subgroups and committees (for instance, the Committee of Permanent Representatives), and the decision subsequently requires the unanimous support of all EU members. Alignment, on the other hand, does not imply any type of institutional involvement outside the EU at any stage of the consideration of sanctions.

Given the current state of alignment between Ukraine and the EU, and the former’s candidate status, the EU should consider providing the same scope of cooperation in CFSP for Ukraine as, at least, for Norway. Ordinary alignment mechanisms (such as those of EaP) are not viable for the Ukrainian integration track, due to the war, the density of sanctions designations, and the necessity to halt attempts on sanctions circumvention, to name only a few.

The Norway scheme might be used for the Ukrainian side to achieve closer cooperation on sanctions. For instance, an informal platform to have permanent consultations could be established at an office of the EU High Representative or ministerial fora. The possibility to have day-to-day working communication inside the EU Commission and Council will forge greater convergence in CSFP between Ukraine and the EU, in order to achieve the level necessary for full member accession. 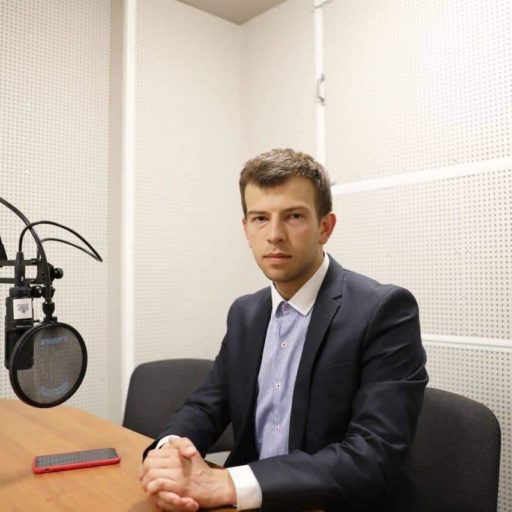