As the U.S. Supreme Court term draws to a close, one set of eagerly watched cases could have potential implications for the upcoming presidential election in the United States. The Court is poised to decide two cases, Chiafalo v. Washington and Colorado v. Baca, that involve so-called “faithless” electors. Electors are the people whose votes select the President of the United States, and the electors in these cases refused to cast their votes for the presidential candidate who won the popular vote in their home states.

The oral arguments suggested that the Court is likely to conclude that states may require electors to cast votes in accordance with the popular vote in the state.  A decision to that effect would minimize some of the uncertainty that might otherwise have plagued the election as losing presidential candidates attempt to sway electors over to their side. But while a decision allowing a state to bind its electors to the outcome of the popular vote in the state will facilitate some reforms to the Electoral College, it will also likely temper some of the incentives to abolish the Electoral College wholesale.

In the United States, Presidents are not elected by the votes of citizens. Instead, under the U.S. Constitution, a group of people called electors select the President. All of the electors make up what is known as the Electoral College, the body that selects the President of the United States. Each state has a number of electors that is equal to the number of U.S. Senators and House Representatives. Each state awards all of their electors to the person who wins the popular vote in a state. That system is what allows a candidate to win the Presidency even if they did not win the national popular vote. A candidate who won a state by a small margin would win all of the state’s electors. And if that candidate ekes out those narrow wins in a few key states, then he or she will win the Presidency even if they receive less total votes throughout the United States.

The Constitution also gives each state legislature the authority to select its electors. For most of the United States history, electors have been functionaries of the two major political parties who routinely voted for the candidate that won the popular vote in their states.

The drafters of the Constitution anticipated that electors might vote for the candidate the electors preferred, rather than the candidate the people of their state preferred. Some of the men who drafted the Constitution and argued for its ratification maintained that presidential electors would exercise independent judgment in how they cast their votes.  These men maintained that while the electors might be influenced by the popular vote, the electors held the power to vote independently, which might allow them to avoid selecting a demagogue who could fool private citizens, but not the electors. Indeed, following the 2016 election, there was a movement to encourage presidential electors to vote for the person who won the national popular vote (Hillary Clinton) rather than to follow the electors’ pledges to vote for the person who won the popular vote in any particular state.

Voting in the COVID-19 pandemic

When the Supreme Court heard oral argument in these elector cases back in May, the Court appeared to be concerned with the uncertainty that faithless electors might create in a presidential election. If electors, who do not meet until well after an election, are free to vote however they would like, then it could be difficult to determine the outcome of a presidential election even after all of the votes were counted.  This would add to the uncertainty and delays in the upcoming election, which may involve more people voting absentee and by mail in light of the coronavirus pandemic. The time it takes to count those ballots may mean the United States does not know the outcome of the presidential election the day or even week after the election.   The prospect of electors who can change their votes would add to the uncertainty.

At oral argument, Justice Alito raised this point, noting that the electors’ position that they could vote for their own choice of candidate “would lead to chaos, that in – where the election – where the popular vote is lose and changing just a few votes would alter the outcome or throw it into the House of Representatives.” Justice Alito feared that “the losing political party” would “launch a massive campaign to try to influence electors, and there would be a long period of uncertainty about who the next President was going to be.” (As I mentioned, there was already something like this in the aftermath of the 2016 presidential election.) Justice Kavanaugh echoed Justice Alito’s concerns, suggesting “that if it’s a close call or a tiebreaker, that we shouldn’t facilitate or create chaos.”

The Electoral College and the popular vote

Most of the Justices appeared sympathetic to the states’ desire to constrain electors and ensure that they vote in accordance with the popular vote in the state. The chaos that might result if the states could not so constrain electors might have been one of the goals of the litigation.  The lawyer behind the faithless elector cases, Professor Lawrence Lessig at Harvard Law School, is one of the leading advocates for abolishing the Electoral College or substantially reforming it given its antidemocratic structure.  The Electoral College is antidemocratic because it allows a candidate who loses the national popular vote to still win the presidency.  That is what occurred in 2016 with the election of Donald Trump; it also happened in 2000 with President George Bush.

Given that the Court is likely to allow states to bind their electors to the popular vote outcomes in the states, the more significant case for the 2020 presidential election may end up being the case about whether Congress can subpoena private accounting firms for the President’s financial records. If those records were to become public, that may shift some number of voters who, in turn, bind their states’ electors to their votes.

A previous version of this article contained a factual error about the popular vote in the 2004 election which is corrected now. 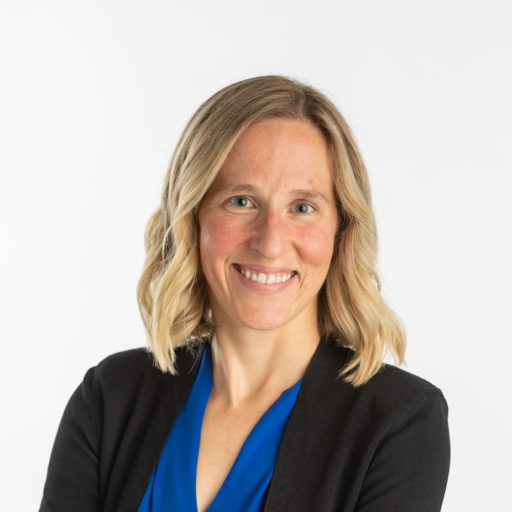 Leah Litman Leah Litman is an Assistent Professor of Law at the University of Michigan in Ann Arbor.