Afghanistan’s 2004 Constitution and the Collapse of Political Order

In the wake of the recent rapid collapse of political order in Afghanistan, scholars have debated whether the weakness of the late Afghan government can somehow be traced to the country’s 2004 Constitution. Some have disparaged the document as a ‘failed constitution’ which doomed the Afghan government to failure. According to these critics, the Constitution established an overly centralized political structure poorly suited to Afghanistan’s socio-political realities. They argue that by failing to produce efficient institutions with popular legitimacy, the Constitution lessened broader public trust in the government. The decision to enact a flawed Constitution ‘denied’ Afghanistan an opportunity to experiment a stable democracy. Other scholars have, however, painted a fairly attractive picture of the Constitution and its performance.

In this piece, I take a different position. I argue that like all constitutions, the Afghan Constitution was imperfect. As is so often the case, its imperfections were necessary short-term fixes to settle immediate problems at the time of the constitutional founding. I will discuss two critically important features of the Constitution—ones that in 2004 were essential to ensure the short-term survival of the Afghan state, but which the framers themselves recognized would need to be modified in the medium to long-term. These include: (1) a centralized state with a highly powerful, single presidency and (2) ambiguities concerning certain basic institutional arrangements and the values the state should promote. Over time, these once necessary but ultimately problematic elements in the Constitution remained uncorrected, impeded government performance and destroyed the popular legitimacy of the government.

If we accept that the Constitution was imperfect and if we can identify the process by which these imperfections facilitated government failure, then how can we not see the Constitution itself as a ‘failed constitution’?  The answer is simple.

In the wake of a governmental collapse, the role the constitution plays in that downfall is often and easily misunderstood. Scholars sometimes hold a constitution liable or heap praise upon it for outcomes for which it was not responsible. Conversely, they often fail to give a constitution credit for useful outcomes that it did, in fact, produce. These lamentable patterns are visible today as scholars try to digest the recent collapse of the Afghan government and its replacement by a Taliban regime that is likely to abrogate the existing Constitution and to impose a very different constitutional order.

Too many scholars fail to understand that the 2004 Constitution, like so many constitutions in history, made some awkward compromises that were necessary for a time but planted the seeds of future government weakness and underperformance. These compromises were not intended to be eternal. The Constitution has not been praised sufficiently for creating a government that was able, for some time, to govern a fractious, post-conflict territory that was at risk of division. It was one of the major driving elements in prompting a discourse in the country over liberal rights and freedoms, shaping a vibrant and forward-looking civil society and inspiring a vocal, lively media. A majority of the Afghan citizenry and political elites alike supported the Constitution while acknowledging that the document needed amendments.

Just as scholars fail to give enough credit where it is due, too many blame the Constitution for a result that it made possible, but not inevitable. Perhaps no constitution by itself can make governmental breakdown impossible. The compromises that were necessary to birth the post-Taliban Afghan state included the creation of a more centralized unitary state than regional power brokers wanted to live under and the creation of a governmental blueprint that was ambiguous about how, if at all, the state’s values should be realized. These compromises resulted in a government which had the power, if it chose, to evolve, through devolution of power and the construction of clear checks and balances within the central government. Useful changes could have been implemented, perfectly legally, either through constitutional amendments or, instead, through sub-constitutional legislation. But by creating the possibility of a positive evolution, the Constitution, of course, left open the possibility, as well, of a fatal non-evolution. And tragically, it was this second possibility that was realized.

The Constitution survived for nearly eighteen years and transformed many people’s understanding of constitutional possibility and permitted (though did not guarantee) an ongoing evolution that would have allowed the good to compound. One could imagine, perhaps, a more successful constitution—say one that could have mandated rather than permitted the types of change that some framers correctly predicted would be necessary. But it seems absurd to call this constitutional experiment a complete failure.

The Constitution was drafted at a time when post-war Afghanistan was emerging from decades of civil war and was, for all practical reasons, a de-facto decentralized state. Ethno-religious leaders who had taken part in the US-led war against the Taliban had reclaimed the territory that they had vigorously defended during the civil war of the 1990s. They were not amenable to any institutional arrangements that would force them to abandon control. In fact, no centralized authority existed in the decade before the Constitution was drafted; it had completely faded during the war. Ethno-religious leaders and war-time commanders were all the governing authorities the populace at the countryside had known.

Surprising as it may seem to some, there was among the populace and even among those who exercised power in their own regions, a commitment to the idea of Afghanistan as a single state encompassing the territory within its internationally recognized 2001 borders.  As I demonstrated in my earlier work, the framers of the Constitution included numerous allies of the regional power-holders. Seeing any formal embrace of decentralized or federal political structures as a step that would lead to partition, those framers, with the implicit support of regional stakeholders embraced centralization as a technique that could preserve national unity and territorial integrity. Those who preferred federalism or other types of decentralization were branded as  “tools of the ‘warlords’ or ‘ethnic blocs.’ At the same time, however, the framers of the Constitution implicitly recognized that a formally supreme centralized government had the power voluntarily to devolve increasing discretion to regional governments, and they believed that this would occur. In short, the framers believed that Afghanistan’s survival depended upon centralization at the outset and upon voluntary devolution of power over time. Sadly, it seems that the drafters may have been correct on both counts.

It is not clear exactly when Afghans began to resent dangerously the national government’s refusal meaningfully to relinquish control over policies that the regions wanted to shape. The resentment seems to have built steadily over time. Powerful regional notables and war-time commanders, who had rallied their communities against the Taliban, believed that the centralized state was destined to strip them of power. The local populace felt forgotten by the central government when it failed in basic government function. Although Hamid Karzai, the first elected president under the Constitution, accommodated regional and ethno-religious notables in central administration, the populace in the countryside continued to suffer under the centralized state.

President Ashraf Ghani, however, cracked down on regional notables in attempts to entrench his centralized power. Although Ghani became president under an agreement, requiring him to govern in coordination with Afghanistan’s leading political elites, in practice he orchestrated a governance approach that sidelined his opponents and concentrated power in a small circle of his confidants in Kabul. Ghani’s push towards ultra-centralization and dismantling of political opposition, coupled with contested presidential elections, waned the public trust in government and ultimately undermined its legitimacy.

The choice to create a centralized government did not doom the government to failure. Quite to the contrary, this was a choice that was necessary if the fragile, nascent state was to maintain its unity. If Afghanistan’s national governments had had the wisdom and humility that the framers had envisioned, the wisdom to surrender to the regions significant control over important policies, Afghanistan might have survived longer. But we may never know. By leaving to a constitutionally unitary, highly centralized government discretion as to whether, when and how much to devolve power, the Constitution created not the inevitability, but still the possibility of government over-reach leading to government failure.

Similarly, there is a second quality in the Constitution that was enacted at the outset for the most sensible of reasons but which over time fueled governance problems. The Constitution is riddled with ambiguities about the values that the state should promote and about the institutional arrangement through which these values should be realized. These ambiguities grew out of implacable disagreements at the drafting moment between powerful figures—figures whose assent was needed if the Constitution were to be ratified and implemented. On certain questions, important figures found that they could not agree on the details of the institutional arrangements that would govern their future cooperation. They could only agree in broad outlines—with the details to be worked out over time.

While such “constitutional deferral” was absolutely essential for the Constitution to emerge and for constitutional government to start its essential work, it left open the tragic possibility that the newly formed government would fail in its responsibility to work out an acceptable answer to the divisive open questions about government. The ambiguities, necessary to allow Afghanistan’s constitutional experiment to begin with, also allowed the executive branch wiggle room to engage in ‘abusive’ constitutional practices and bend the constitutional order in an authoritarian direction—a direction that was unacceptable to a growing number of Afghans.

In short, it is hard to imagine that centralization was the only reason why the post-Taliban experiment with democracy failed. Admittedly, considering Afghanistan’s ethno-religious diversity and the deeply rooted nature of identity politics, decentralization may have, in theory, been a more suitable governance approach. But decentralization is no silver bullet solution to Afghanistan’s deeply entrenched pathologies of democratic governance and political stability. A number of different variables, most unrelated to the Constitution, caused the tumbling of the Afghan state.

Other posts about this region:
Afghanistan 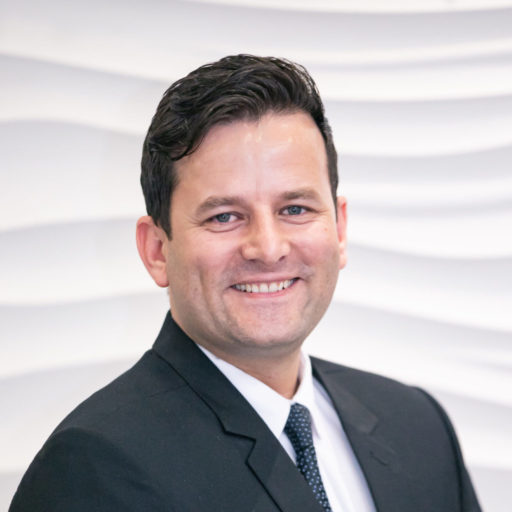 Other posts about this region:
Afghanistan No Comments Join the discussion
Go to Top