On Kyrgyzstan’s Elections and Constitutional Amendments

Massive protests broke out after the Kyrgyz parliamentary elections on October 4, 2020. What unfolded in the aftermath is a political saga that nobody could have expected. At the moment, Sadyr Japarov, a convicted criminal, is acting as president and prime minister and moving forward with a number of unconstitutional initiatives. They could erase all positive achievements that Kyrgyzstan was able to reach in the course of the last fifteen years.

After the Kyrgyz people overthrew two presidents in the period of just five years (in 2005 and 2010), it seemed that revolutions became an inherent element of Kyrgyz politics. Yet, the political inaction of civil society during the last ten years brought doubts about whether the only democracy in Central Asia can stand for its rights and confront usurpers of power. In 2018, Sooronbai Jeenbekov has been elected as the fourth president and his appointment marked the first peaceful handover of power in the 26-year political history of independent Kyrgyzstan. However, Jeenbekov enjoyed his status not for long.

After this October’s parliamentary elections, protesters claimed that the elections were rigged, pointing at widespread vote-buying and registration fraud (which can also be confirmed by the author’s personal experience). By the dawn of October 6, protesters had seized the White House (the presidential office building) and set it on fire, sacrificing one life and injuring at least 590 people. In the meantime, another group of protesters had sprung former President Almazbek Atambaev (convicted for corruption) and former parliamentarian Sadyr Japarov (convicted for kidnapping a public official) from jail. Several hours later, the Central Election Commission announced that it had annulled the results of the parliamentary elections. The Prime Minister, Kubatbek Boronov, stepped down on the same day protests erupted. President Jeenbekov waited for a bit more than a week and declared his resignation on October 15. This all created an unprecedented power vacuum, leaving the Kyrgyz people with millions of questions, but the main one being: what next?

The political structure of Kyrgyzstan: before and now

In 2010, following the second revolution and a national referendum that amended the Constitution, Kyrgyzstan became a semi-presidential republic, transferring many presidential powers to parliament. The new unicameral parliament offers 120 seats but one political party can occupy at the maximum 65 of them. The prime minister is elected by the majority party and serves as the head of government. Despite some of the priorities in decision-making given to the prime mister, the president has always been playing the dominant role. However, amid this political chaos caused by the October protests, it is unclear who Kyrgyzstan’s new leaders are and what will happen to the constitutional order of the country.

Sixteen political parties ran for the October parliamentary election, yet only four of them (all pro-government) made it past the 7% threshold for securing seats in the parliament. Nonetheless, the opposition failed to cooperate and form an effective unified front. Several coordination councils had been established in the early days of upheavals, but instead of forming a common opposition front, they competed with each other. Even coup-experienced Kyrgyzstan was not prepared for this unexpected political crisis.

The full background of the following events is still not clear to the majority of Kyrgyz who live in and outside of the country. Recently freed ex-president Atambaev was rearrested on October 10. Shortly after this, during an extraordinary session, a parliamentary majority of the pre-October 4 parliament voted for ‘straight out of jail’ Sadyr Japarov to become acting prime minister of the Kyrgyz Republic. Jeenbekov stepped down a couple of days after the nomination of Japarov, which was followed by the resignation of Parliamentary Speaker Kanat Isaev, who had been appointed only two days before Jeenbekov’s resignation and who, in normal circumstances, would have replaced the president. Just in one day, Kyrgyzstan lost its leader and his assignee, making Japarov, a convicted criminal, acting president and prime minister.

The younger Kyrgyz generation had many hopes for the protests against falsified elections and their results. The change of the entire government was at arm’s length, but nobody expected this political saga with criminal premises. Having already postponed the dates for new parliamentary elections twice, the parliament adopted a new law, which postpones elections until June 2021. Japarov stated that new elections would take place only after a referendum, which will offer amendments to the Constitution. The presidential elections are scheduled for January 10, 2021.

Constitutionality of the planned reform and election postponment

As expected, Japarov has already expressed his wish to run during the next presidential elections. However, according to Article 68 of the Kyrgyz Constitution, officials exercising the power of the President cannot become a presidential candidate in the next elections. Yet, in an interview with a Russian media channel, Japarov shared information that the parliament is preparing changes to the electoral legislation and if these changes allowed him to run, he would.

Frequent constitutional amendments have been criticized by many scholars and identified as paralyzing factors for any legal system. Constitutional reform is a regular phenomenon in the aftermath of violent power changes; however, Kyrgyzstan has become a hostage of its own situation with regular coups that led to multiple constitutional amendments. Although the exact contents of the proposed reform package have not been made public, some predictions could be discussed. The fact that Japarov is pushing hard on the idea to amend the Supreme Law and planning to run for the presidency forecasts that the reforms will be made in his favor. He would probably try to return to the superpresidential system which had been in place before 2010. The amendments would obviously bestow more powers upon Japarov but also represent a major democratic backsliding in Kyrgyzstan. The second most expected proposed change of the reform package would be to subvert the part of Article 68 of the Constitution that prohibits a president or acting president to run in early elections. Article 68 was added to the Kyrgyz Constitution after the second revolution in 2010 and was meant to be a paradigm-shifting norm, contributing to strengthening democracy in the country.

Can the current government actually organize a referendum? The short answer is no. The initiative to organize a referendum clearly comes from Sadyr Japarov, but the Constitution grants this right to neither the president nor prime minister. Article 74 stipulates that only Jogorku Kenesh (the supreme council, i.e. parliament) can adopt the law on initiating a referendum. Further, the current parliament of the sixth convocation, which is in charge of adopting new laws, is also in a very dubious position. According to Article 70.2, Jogorku Kenesh is elected for a five-year term, which ended on October 15, 2020. Yet, the annulment of the results of the parliamentary elections triggered the forced continuation of exercising authority by the old parliament. This, however, does not allow the parliament to make fundamental decisions such as a constitutional referendum. This is in line with the decision of the Constitutional Chamber of April 2019, which concluded that the parliament has only expressed and not implied powers. Therefore, Jogorku Kenesh cannot prolong its term and issue laws.

Nevertheless, Sadyr Japarov moved forward with his (un)constitutional initiative. On October 22, Jogorku Kenesh adopted the law, which was signed by Japarov, on the interim termination of certain norms of the Law on Presidential and Parliamentary Elections of the Kyrgyz Republic. Articles 38 and 63 of the Law on Elections set the basis and procedure for scheduling the new elections and re-elections are supposed to take place on December 20, 2020. This was confirmed by the Central Election Commission of the Kyrgyz Republic. Now, this date is not relevant anymore since the new Law from October 22 determines that elections will be postponed to an unknown date but will be held before June 1, 2021. Long story short, Japarov and parliamentarians annulled the decision of the Electoral Commission and prolonged their authority of the sixth convocation for more than seven months.

Again, Article 70 of the Constitution does not provide for the possibility to prolong the powers of parliament or to re-schedule elections. Moreover, international human rights treaties, such as the ICCPR (Article 25) and UDHR (Article 21), signed by Kyrgyzstan guarantee the right to participate in discussions and the adoption of laws as does Article 52 of the Kyrgyz Constitution. In order to be able to exercise this right, all laws, which directly affect citizens and legal entities, are – by law – subject to public discussion through posting on the official website or the newspaper of the law-making body. The period for public discussion of a draft should be at least one month before moving to the hearings at the parliament. This has not been observed with regard to the analyzed law. In addition to the violation of the constitutional rights of Kyrgyz citizens, the infamous law has gone through all three hearings of the parliament in one day, which is an outrageous violation of the legislative process.

Today’s Kyrgyzstan is trapped in its own corrupted system that affects everybody in the country, including those who have always been apolitical. The fragmentation of civil society worsens the already complex situation, with the Covid-19 pandemic severely hitting regular citizens who do not know whether and how they can go back to their normal lives. The planned referendum complicates the much-needed unification of the Kyrgyz people. The discussions on the amendment will certainly further divide society and proceeding with the referendum will shake the legitimacy of the current government in the international arena. The government shall be very mindful of its future steps: losing its legitimacy will have dire consequences. The constitutionality of the proposed referendum is already challenged inside Kyrgyzstan. If the international community, including donor states, is reluctant to continue diplomatic relations with the current government, Kyrgyzstan will be left alone in its fight against coronavirus, corruption, and usurpation of power. The government was busy lately with their political games and had no time to prepare for the impending crises.

Holding a referendum would lead to the rise of superpresidential authoritarianism and erase all positive achievements that Kyrgyzstan was able to reach in the course of the last fifteen years. The Kyrgyz Constitution indeed requires changes, especially after the unfortunate amendments of 2016. However, this should be done only when political pluralism and representation is present in the yet only democracy in Central Asia.

Other posts about this region:
Kyrgyzstan 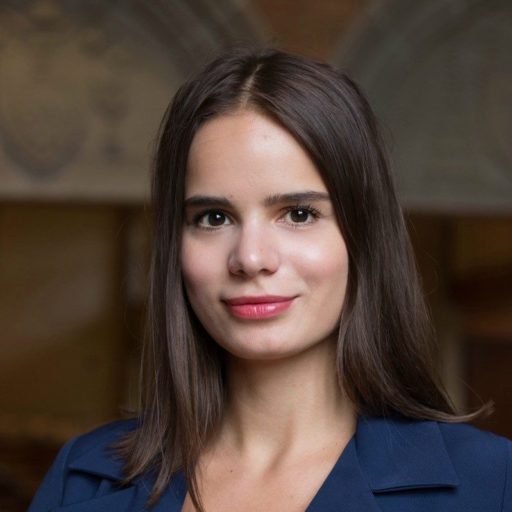 Julia Emtseva Julia Emtseva is a Research Fellow at the Max Planck Institute for Comparative Public Law and International Law.

Other posts about this region:
English Articles, Kyrgyzstan 1 comment Join the discussion
Go to Top