The White Paper was part of the process leading up to the celebration of the sixtieth birthday of the Treaty of Rome on March 25th. The Treaty of Rome created the European Economic Community (the EEC), a vital and highly symbolic moment for European integration.Its 60th birthday invites reflection on where the EU stands today and where it should go. It invites Europeans to renew their vows and commit to an ambitious vision for the next sixty years.

The White Paper was originally intended to provide such a vision. Yet the timing could hardly have been worse. The EU is facing a „polycrisis“, ranging from immigration and economics to foreign challenges and rising political distrust. These multiple crises require action in some of the most politically sensitive areas, precisely at a moment the capacity to act is limited. And then Brexit happened as well. The very moment a major Member State files for divorce hardly forms the most idyllic moment to renew European vows. Moreover, both the EU institutions and the Member States are still coming to terms with the trauma of Brexit. Logically, no shared vision on how an EU of 27 should continue yet exists. Instead, Brexit seems to increase pressure on existing fault lines in the EU, for example between East and West, or those supporting deeper integration versus those advocating ‘less’ Europe.

It was in this context that the European Commission had to publish its White Paper to which it had already committed itself earlier. The Commission could have chosen to stick to its traditional role as the ‘engine of integration’. Arguing that leadership is never more needed than in a crisis, it could have formulated a bold vision, suggesting that the only proper response to Brexit is a confident leap towards more integration. Such a vision, however, would have been dead on arrival, at best. At worst, it could have triggered a political counter-reaction asking for precisely the opposite. A grand vision could have confirmed the perception of an EU out of touch with political reality, functioning as a rallying point for the very diverse groups opposing integration as such.

It is for these reasons that the Commission chose a very different approach. Instead of formulating one vision, it formulated five different scenarios, and briefly set out some main characteristics of each. Each scenario gives an idea about what the EU might look like in 2025 if certain choices are made. The five scenarios, which all presume Brexit, are:

Crucially, these scenarios are not proposals from the Commission. As the White Paper states:

‘The five scenarios presented in this White Paper will help steer a debate on the future of Europe. They offer a series of glimpses into the potential state of the Union by 2025 depending on the choices we will jointly make. (…) the five scenarios are illustrative in nature to provoke thinking.“1)

Above all, these scenarios intend to put the ball firmly in the court of the Member States. It is the Member States, as Masters of the Treaties, that must now reflect and choose what they want. The scenarios aim to inform and structure such reflection. They invite the Member States to consider the pros and cons of different options, and to accept that every choice has consequences. Focusing solely on the internal market, for example, will protect sovereignty to a certain extent, but it will not address the need for further cooperation in security and defense. Carrying on (or muddling through), does not require political courage now, but does not solve the challenges facing the EU either. Deepening integration in some fields may require a transfer of real executive powers to EU agencies, loosely following the US model, to ensure efficiency and effectiveness.

The scenarios, therefore, should be understood as intellectual tools, not as blueprints of what the Commission wants. This is also necessary to make sense of the White Paper: the five scenarios are squarely incompatible with each other on multiple points, demonstrating that they do not form part of one proposal. Conversely, on many other points the scenarios are not mutually exclusive, meaning that combinations of different scenarios can be envisioned as well.

The five scenarios are also very short. They provide only rough outlines of alternative paths for Europe. These alternatives are then ‘illustrated’ by some rather eclectic examples or ‘snapshots’. As the Commission puts it somewhat euphemistically, the scenarios „are not detailed blueprints or policy prescriptions. Likewise, they deliberately make no mention of legal or institutional processes – the form will follow the function.“2)

Consequently, it is not hard to find significant gaps in each scenario or serious inconsistencies between the different scenarios. Those cursed with knowledge of EU law may often raise an eyebrow. Major legal innovations, such as restrictions to free movement and EU citizenship or far-reaching closer cooperation by coalitions of the willing (the famous Europe of multiple speeds), are implicitly assumed, without explaining how they are or may become legally feasible. Such claims raise the question if the ‘form’ of the EU can indeed be so flexible as to always enable the desired ‘function’. Even if the assumption of successful Treaty change in the medium termed is allowed, the general principles, the institutional set-up, and very fabric of EU law itself would impose certain restrictions.

Yet such criticisms should avoid becoming too simplistic, and missing the primary aim of the White Paper. Outlining the scenarios the Commission does not suggest that it wants to ‘carry on’ or desires ‘nothing but the internal market’. Instead, it invites Member States and Member Peoples to think through these different scenarios, and then develop a coherent and informed decision on what they actually want within the EU.

Fleshing out the pros and cons of the different scenarios, including their legal and constitutional feasibility, is precisely what the White Paper invites us to do. For, of course, we are in urgent need of a constructive and coherent vision for Europe. 3) And it is a telling sign of the times that the Commission did not feel strong enough to lead and formulate a vision for the future directly in its White Paper.4) At the same time, this approach by the Commission also reflects a political modesty often demanded by the Member States and their Member Peoples. An EU that listens rather than dictates, that serves and protects rather than pushes integration no matter what it might cost.

So what is your preference for the future of Europe? Which scenario, combination of scenarios, or sixth alternative scenario appeals to you? Let us start fleshing out these scenarios, politically and legally, and see if we can find a common ground and vision that indeed can inspire and lead us for the next sixty years. It is urgently needed, and will require our joint efforts and intellects. 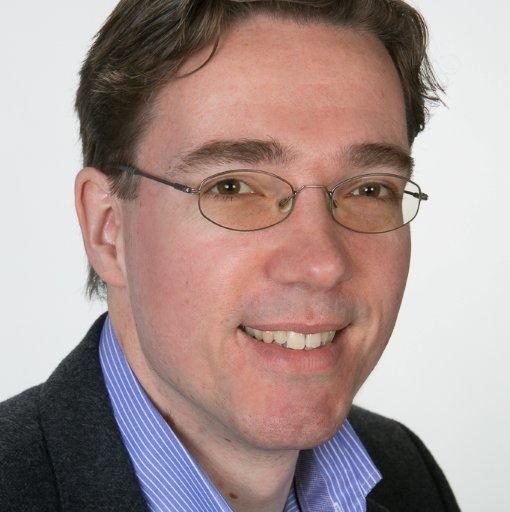