For the first time ever in Hungary, a national primary was held to elect the prime ministerial candidate for the opposition, sparking discussions on constitutional restoration, in particular on amending or replacing the 2011 constitution, the Fundamental Law (FL). The FL was adopted, shortly after Orbán’s victory in 2010, without seeking political consensus or a transparent popular asseveration. A move legitimized by the alleged constitutional moment that arose from the so-called “voting booth revolution,” the election which created the parliamentary supermajority of Orbán’s governing coalition. Following a brief description of the Hungarian institutional and constitutional landscape, I outline several suggestions as to how the question of constitutional restoration in Hungary might be addressed.

The requirement of a two-thirds parliamentary supermajority for the adoption for certain laws and the amendment of the constitution has been present for over 70 years in Hungary. Currently, a supermajority of two-thirds of members of parliament (MP) present at the vote is required for the regulation of over thirty legislative areas (these are the so called cardinal laws) and around a dozen decisions, including the election of constitutional court judges, the president of the high court, the Curia, the prosecutor general, and the head of the State Audit Office. Amending the FL requires an even higher bar, two-thirds of all MP’s. The FL provides a long list of subject matters, including the amendment of the FL itself, on which referenda cannot be held. For referenda in general, the procedure requires an approval of the National Electoral Committee (the members of which are also elected by a two-thirds MP-majority). Appeal involves the Curia and the Constitutional Court – bodies staffed with a majority of proven government loyalists, most cemented into office for 9 or 12 years, some even automatically prolonged if no successor is elected.

Constitutions set forth three things: the institutional design of the state and the morphology of power structures (including rules of recruitment for crucial offices); the list of fundamental rights; and (optionally) the fundamentals of constitutional identity. There is no public consensus, or even apparent concern for large-scale changes in either. Nor is there a straightforward opposition position. While opposition politicians (and citizens) find some ideological commitments in the FL controversial, and there are certain shortcomings in the current philosophy underpinning fundamental rights in the FL for some (such as the criminalization of homelessness or notions on gender identity), the unified opposition is not a coalition built on commonly held principles of identity politics. Furthermore, the overwhelming majority of the FL’s provisions on constitutional institutions triggers no objections. Rather, as this is how hybrid illiberal regimes work, it is the meta-constitutional fabric of practices building up the “Frankenstate” and abusing constitutionalism and the rule of law – epitomized and operated by irremovable public officers that defines the constitutional restoration project.

Be it as it may, it is unclear, and insufficiently decompartmentalized what the current opposition aims to achieve from a prospected constitutional amendment/reconstruction project: to reverse and prevent a deep-state instructed and held in captivity by Orbán, or to deliver a symbolic (political speech) act and procedure to mobilize and expand pro-democratic electorate. Positions on reform also diverge to the extent that it remains uncertain whether the goal is that the entire FL should be replaced by a new constitution based on a more inclusive consensus-seeking process, or perhaps only strategic tweaks are needed to dismantle the robust illiberal monolith. Also, the opposition stance is vague as to whether it should be a one-time action, initiated instantly after the elections, a long process, or even only a last resort if democratic reconstruction turns out to be impossible without extra-constitutional measures. Some commentators argue that there may be a large number of options that do not require constitutional changes or even a supermajority, such as for example setting up anti-corruption special task forces without formally overriding the prosecutor general.

There is no “Hungarian Spring”

The debate on constitutional restoration is situated in a context where the current regime is understood to be intrinsically corrupt, and to have based its entire existence on a violation of the rule of law, but (unlike in cases where natural law arguments are habitually applied) a military or economic collapse of the state or of an international alliance is absent, and nor is there a revolution, or even a sweeping unified political support from “the people” on the streets. Also, consensus-seeking roundtable-like discussion on a new constitution involving Orbán’s party is not a realistic scenario. Rather an internal cold war with massive and perpetuated political mobilization would be something we should expect in case of loosing the election. Though general discontent against Orbán’s illiberal regime is apparently on the rise, so far, there is no “Hungarian Spring”. The unified opposition is a volatile rainbow-coalition: unified against Orbán, but not for a complex government program or by a (coherent) political identity or ideology. Even the popular endorsement of a new constitution should not be taken for granted. Especially if it is submitted for referendum after several months of preparation – by a government paralyzed by Orbán’s deep-state and an economy (and a society) enfeebled by the Covid-pandemic.

There are no easy choices – and participants of this constitutional debate are indeed divided on how to solve the inherent contradiction that a constitution adopted by a supermajority could be overwritten by a simple majority: we can either blame ourselves for being “collaborators” for observing legal formalism or atone for not only jeopardizing the foundations and integrity of the legal system by allowing moral judgments to override normativity (and opening a Pandora’s box of potential permanent constitutional revolution), but also for creating autocratic “martyrs” who can then cynically claim to be defenders of the very rule of law.

Let us not forget, the very nature of a hybrid regime is in the legal finesse of avoiding blatant violations of international standards, and the sustenance of a political and legal rhetoric for constitutionalism. (Some may even picture themselves and the FL in the iconic scene in the Star Wars-saga, when the Emperor turns to Luke Skywalker saying “Strike me down with all of your hatred, and your journey towards the dark side will be complete!“)

Lessons for Hungary – and beyond

So what might be the lessons in light of the institutional and political context sketched above? I suggest four:

Second, innovative models for proactive consultation (i.e. preliminary advisory opinions) and monitoring by various instruments of multilevel constitutionalism (say the Venice Commission) are essential to provide political (and doctrinal) legitimacy. This could be extended to invite advisory panels from professional organizations or individual esteemed colleagues – it is unlikely for these initiatives to be rejected. Likewise, specific procedures need to be developed and widely advertised to achieve the broadest possible participation from civil society (NGOs, unions, informal citizen groups, individuals, etc.)

(3) Be precise and practical

Third, proposals need to be precise and well-planned! The constitutional restoration debate has three layers: theoretical, political (in terms of potential consequences) and procedural. These should be disaggregated and specifically examined when discussing certain instruments or plans of action. For example, I personally have misgivings about sustainability on all three levels of the proposal put forth by Imre Vörös to declare the invalidity of the FL by a parliamentary resolution on the first day of the newly elected parliament and to partially revoke the authority of the Constitutional Court. Yet this is the only course of action so far that I have seen that actually elaborates on the procedural aspects (such as the feasibility of publishing the resolution in the official gazette, as it does not need the countersignature of the President).

As much as I sympathize with the concept of a constitutional assembly and a subsequent referendum, lacking an overwhelming evidence of democratic popular support (i.e. the articulate and unambiguous, specific, eruptive manifestation of popular sovereignty), I personally find arguments relying solely on, an admittedly large stock of, infringement procedures by the European Commission, reports adopted by the European Parliament, the Venice Commission or the Council of Europe and UN bodies, alongside case-specific ECJ or ECHR judgments too thin to override constitutional normativity, even if a systematic disregard for the rule of law has been adequately demonstrated. I would also need to see how exactly such configurations would fit in or override the current constitutional and administrative procedural framework. Because just as the devil, the savior archangel is also in the details. I see two technical options: the unveiled overriding of the constitution with simple majority (paving the way for a constitutional drafting body, a referendum and other surgical cleansing) lacking formal legal validity; or a formally valid constitutional amendment with Orbán on board. I do not see how middle-way solutions, such as a resolution of parliament or constitutionally non-recognizable initiatives can avoid having to interact somehow at some point with the formal constitutional architecture in one of the two aforementioned ways.

Fourth, there is a way out! There can be political means and viable strategies to force the opposition (Orbán) to agree to constitutional amendments. For a populist like Orbán, it would be difficult to reject a political campaign advocating for new anti-corruption-institutions or inviting the people to contribute to such a discussion. The current opposition could turn Orbán’s rhetorical weapon against him. If certain specific instruments for constitutional restoration are clearly and centrally positioned in the electoral campaign – such as eliminating the constitutional ban on referenda on constitutional amendments, or establishing a constitutional convention with a detailed description of its composition and a roadmap for a two-step constitutional process – the “voting booth revolution” argument regarding the “will of the people” will be hard for Orbánites to disregard. But this requires targeted and tailored campaigning that goes beyond grand narratives and theatrical / political posturing.

A further important distinction needs to be made: Orbán’s trick for getting rid of uncooperative public officers and offices can only be applied in cases where the newly introduced institutional design meets, or arguably goes beyond international (and certainly current) standards. Reinstating an independent data commissioner, a new model for the National Electoral Committee, the Media Authority, or even the administrative body overseeing and managing the judiciary with higher standards of political neutrality can easily be defended. One may even argue that the incorporation (and practical subordination) of the prosecutor general’s office into the Ministry of Justice is a well-established and non-controversial practice. A red line will always be there though: certain constitutional institutions better not be messed with; namely constitutional and high court appointments. To monitor partisan bias in these institutions, only extra-constitutional and even extra-legal avenues should be sought, such as for example thoroughly scrutinizing opinions or personal incompatibilities in the media. Transparent and democratic societies with open political discussions can provide the tools necessary. 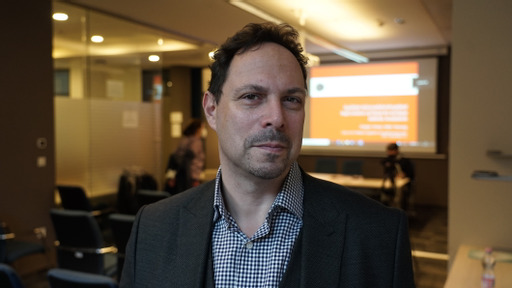 András L. Pap András L. Pap is Research Professor and Head of Department for Constitutional Law at the (formerly Hungarian Academy of Sciences) Centre for Social Sciences Institute for Legal Studies, as well as Professor of Law at the Institute of Business Economics at Eötvös University and at the Law Enforcement Faculty of Ludovika University, in Budapest. He is also Recurrent Visiting Professor at the Nationalism Studies Program at Central European University in Vienna.