Due to Brexit, the remaining 27 EU Member States would like to remove Eleanor Sharpston, an Advocate General (AG) nominated by the United Kingdom, from the Court of Justice of the European Union (CJEU, Court). While the fate of AG Eleanor Sharpston remains unclear, this post argues that the position taken by the EU 27 to remove her from the Court is well-reasoned and lawful.

Arguments Against the Removal

Several highly distinguished and well-respected scholars, namely Daniel Halberstam, Dimitry Kochenov, and Laurent Pech have made a case against AG Sharpston’s removal from the Court before her term expires. Their arguments can be summarised as follows:

Why AG Sharpston Should Nonetheless Leave the Court

As to the first argument, it is indeed the case that neither the Treaties nor the Court’s Statute allows for removing an AG before his or her term ends. However, the same is true for the Judges. Still, the premature dismissal of the British Judge, Christopher Vajda, has not raised such concerns as those evolving now around Eleanor Sharpston. Why is that so?

Daniel Halberstam writes that the ‘move [to remove Judge Vajda] was lawful.’ Prof Halberstam invokes Art. 19(2) of the TEU which provides that ‘[t]he Court of Justice shall consist of one judge from each Member State.’ However, if one interprets Art. 19(2) with the same degree of meticulousness that was applied by the esteemed scholars in their reading of Art. 5 of the Court’s Statute, the provision does not specify the procedure of the Judges’ dismissal but only sets the scheme for the Court’s composition. Instead, the procedure for removing a Judge is laid out in Article 6 of the Statute of the CJEU. That provision does not provide any grounds for removing a Judge before his or her term ends in case of the respective Member State’s withdrawal. Nonetheless, the removal of Judge Vajda was effectuated and not criticised by commentators. Moreover, the procedure and conditions of removing an AG are, under Art. 8 of the Court’s Statute, the same as the ones for removing a Judge – which makes it even less comprehensible to apply different standards to removing an AG in comparison to the removal of a Judge.

If taken as true, the line of reasoning against the premature removal of AG Sharpston outlined above is capable of leading to some absurd results. Challenging the link between an AG and the Member State which nominated him or her, Laurent Pech notes that ‘[t]here is … no legal obligation whatsoever for a Member State to nominate a national.’ Indeed, there is no such an obligation. However, imagining a Member State nominating not its citizen but a national of another Member State is, to say the least, grotesque. More importantly, the same applies to the Judges. The Treaties do not oblige Member States to nominate their nationals. However, the legality of the removal of Judge Vajda on the grounds of a link between him and the departing nation was not challenged by Prof Halberstam, Prof Kochenov, and Prof Pech. Assuming the premature removal of AG Sharpston goes against the law, would it not be right to question the removal of Judge Vajda for the same reasons?

Further, the arguments of the esteemed scholars lead to the conclusion that the independence of AGs is better protected than the independence of the Judges. In their view, a departing Member State’s Judge cannot remain on the Court’s bench but its AG, due to the obscurely formulated provisions of the Treaties, shall remain in office until the term of his or her appointment expires. Then, how are AGs and Judges different?

The status of the Judges and AGs is mostly the same. There are only two substantial differences. First, obviously, AGs perform a different function than the Judges and do not participate in the delivery of the judgements. Second, the number of AGs does not match the number of Member States. Importantly for the discussion, the appointment procedure set forth in the Treaties is the same: ‘by common accord of the governments of the Member States’ (Art. 19(2) TEU, Art. 253 TFEU).

As mentioned above, the conditions for removing a Judge and an AG are the same and the wording of Art. 19(2) does not provide for the contrary. Therefore, either the removal of both Judge Vajda and AG Sharpston is illegal or both removals are lawful. There are no reasons to treat the two cases differently. Moreover, AGs do not adjudicate; securing their independence more stringently turns the Treaties and the Court’s Statute upside down.

As to the second argument, indeed the principle of irremovability is located at the very core of protecting the Court’s independence. Returning to the previous point, why then did the removal of Judge Vajda not undermine the Court’s independence? His removal was caused by a decision taken by one Member State in the form of its exit from the Union. In the case of AG Sharpston, the decision on her removal was not taken but formalised by a unanimous declaration of the representatives of all the 27 Member States.

While examining the issue of judicial independence, it is instructive to refer to the Court’s own recent opinion on the matter, namely the case of European Commission v Republic of Poland (C-619/18). Particularly, the Court notes:

‘[t]he principle of irremovability requires … that judges may remain in post … until the expiry of their mandate, where that mandate is for a fixed term. While it is not wholly absolute, there can be no exceptions to that principle unless they are warranted by legitimate and compelling grounds, subject to the principle of proportionality. Thus it is widely accepted that judges may be dismissed if they are deemed unfit for the purposes of carrying out their duties on account of incapacity or a serious breach of their obligations, provided the appropriate procedures are followed’ (¶ 76).

This passage supplies some clarifying guidance regarding the issue at hand. First, the Court talks not about the term but about the mandate. The notion of mandate entails some authorisation or authoritative command. In other words, the mandate can be withdrawn when circumstances substantially change. Further, the Court explicitly states that the principle ‘is not wholly absolute’ and exceptions exist. Specifically, such an exception is acceptable ‘if it is justified by a legitimate objective, it is proportionate in the light of that objective and inasmuch as it is not such as to raise reasonable doubt … as to the imperviousness of the court concerned to external factors and its neutrality’ (¶ 79).

Assessed through the lens of the Court’s own analysis, the removal of AG Sharpston does not undermine the Court’s independence. The reason for her removal is the withdrawal of the Member State that nominated her. Art. 50(3) TEU, as well as the Withdrawal Agreement, clearly provide for the possibility to exit the Union. Further, the measure at hand affects only the British members of the Court and does not entail any disciplinary sanction etc. or change of the Treaties and thus is proportionate to the objective.

As to the third argument, the Declaration of the EU 27 is indeed of no binding nature. Nonetheless, there is Art. 50(3) TEU, of more than binding nature, that stipulates that ‘[t]he Treaties shall cease to apply to the State in question from the date of entry into force of the withdrawal agreement.’ Interpreting Art. 19(2), Laurent Pech comes to the conclusion that Brexit ‘merely ended the possibility for the UK to nominate a permanent AG in the future.’ This is certainly true. However, the cause of that is not Brexit per se; obviously, the UK will not be able to nominate more AGs as the UK is no longer an EU Member State. As the Treaties cease to apply, Eleanor Sharpston becomes an AG who was nominated by a country that is no longer an EU Member State just like Judge Vajda became a Judge proposed by a non-Member State.

The Treaties and the Court’s Statute are ambiguous regarding the fate of an AG nominated by a Member State which withdraws from the Union. In such a case, those provisions shall be interpreted with their objective in mind. First, Art. 50 TEU aims at making a due and orderly departure from the Union possible. Second, the eighth recital of the Withdrawal Agreement clearly stipulates the end of the mandate of all members of the intuitions (although there is no definition of members of the institutions applicable to that recital, it is quite self-evident that an AG is a member of CJEU), not only appointed or elected by the UK but also those ‘nominated … in relation to the United Kingdom’s membership of the Union’ (emphasis added). AG Sharpston was nominated in relation to the UK’s participation in the EU.

Laurent Pech, in the title of his thought-provoking blog post, aptly describes AG Sharpston as ‘Schrödinger’s Advocate General.’ However, if AG Sharpston remains, we will end up with what I call Frankenstein’s Court: AGs appointed by non-Member States staying in office and the Judges’ independence less protected than the one of AGs. The reason for AG Sharpston’s removal is not the decision of the Member States with the aim of intruding into the Court’s independence; it is the consequence of a Member State’s withdrawal. However unpleasant, we must face it. 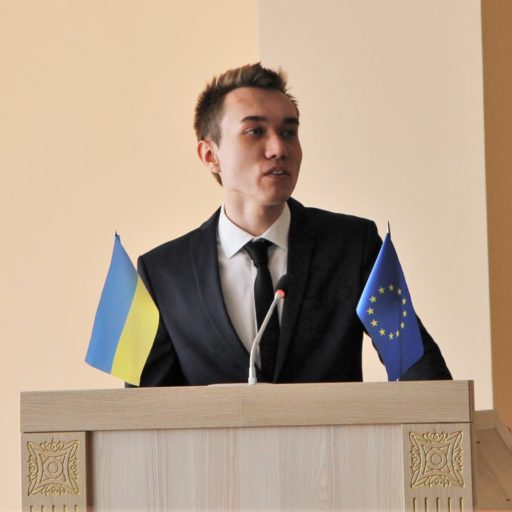