Frequent Recourse to the Principle of ‘Effectiveness’ in ECJ Asylum Jurisprudence

The political sensitivity and growing informalisation of EU asylum governance has only increased the importance of the role that non-majoritarian institutions such as the European Court of Justice (ECJ) play in it. Yet, a systematic analysis of the Court’s jurisprudence casts doubts onto its ability to remain immune to the shifts in (con)temporary political winds blowing through the Union.

In fact, an empirical study of all asylum-related preliminary rulings reveals a disquieting trend: the Court has adopted an administrative, passivist role within the area. Its distinguishing features include an overzealous concern for the technicalities of the legislative instruments before it and sparse to no references to human rights instruments or values in the operative parts of the judgments. In light of the symbolic power carried by the Court’s language, this trend risks sending the wrong signal to national judicial instances; namely, that concerns for the system can legitimately trump concerns for the individuals caught in it.

Empirical Evidence of the Court’s Preoccupation with Technicalities

As of September 2020, the European Court of Justice has delivered precisely 89 preliminary rulings on asylum matters. Those seek to clarify the ambiguity of the legislative instruments governing the area, itself a direct consequence of the ‘broad Brussels compromise’ necessary to adopt them in the first place. In a total of 22 of those cases, the Court rationalises its decision by relying on the principle of preserving the ‘effectiveness’ of the asylum system or the regulation in question. In other words, the Court resorts to that principle in one out of four cases, making it a leitmotif in its asylum jurisprudence. What is more, the very same cases also serve as evidence that, more often than not, human rights considerations are largely absent from the Court’s language if the EU asylum system appears to be in jeopardy. In those instances, the opportunities to appeal to human rights are substituted by recurrent calls to discern the ‘intention of the EU legislature’ and consider the ‘objective/purpose/function of the instrument’ in question when making a decision – cues which allow the Court to appear objective and technical in its application of the law.

The phenomenon of sparse to no references to human rights, be they formal or substantive, is most visible in the Court’s Dublin Regulation-related judgments. In them, the ECJ is so determined to preserve the effectiveness of the asylum system that the principle will almost definitely outweigh any competing rationales in the Court’s reasoning. In fact, despite a history of serving as the Court’s go-to measure for an expansive interpretation of the rights afforded to EU citizens in the process of EU integration, the principle of ‘effectiveness’ has the opposite effect on the rights of third country nationals within the area of asylum. Perhaps most surprisingly, neither the Treaties, nor the Charter of Fundamental Rights of the European Union (the Charter) are used much in the Court’s interpretation of secondary legislation. In fact, the average asylum case before the Court is more likely to refer to the remarks made during the drafting of an instrument in the form of the travaux préparatoires than it is to the Charter, which is codified law of constitutional standing. Yet, despite what the continued repetition of references to the principle of ‘effectiveness’, the ‘intention of the legislature’ and the ‘objective of the instrument’ in the process of interpretation would have you believe, the task of resolving the ambiguity inherent in the legislation governing the asylum sphere is far from simple.

It is no secret that the policy objectives characterising immigration and asylum law following the Treaty of Lisbon have a conflicting nature. Understandably, reconciling the abolition of borders within the Schengen area with the need to combat illegal immigration, whilst also upholding the principle of non-refoulement, is no easy task. Quite the contrary, pursuing those goals simultaneously has often led to clashing Union policies, as a result of which its behaviour has been described as ‘organised hypocrisy’. Rather than help clarify the meaning of vague legislative instruments governing the area, this context exacerbates the difficulty inherent in discerning their ‘objective/function/purpose’ with certainty. This context sheds a new light on the scarce references to human rights principles in the decisions themselves. If applying the law was not the simple exercise all the technical language would have one believe it to be, but instead a difficult balancing act between the conflicting values undergirding the system, then the Court’s transformation into an administrative tribunal within asylum (unlike in other spheres where it takes on a more constitutional role) was not an inevitable phenomenon, but a choice. This leaves one important question pending – if resolving the ambiguity of a case is much more complex than the mechanical application of the law, then why are human rights considerations absent so often in the Court’s reasoning? The answer might lie in the historical development of the Court’s mandate over the area and its growing informalisation.

The political sensitivity of asylum governance in the EU has always been a thorn in the side of the European Court of Justice, starting with the area’s slow communitarisation and moving onto its rather late inclusion into the Court’s jurisdiction as a result thereof. Today, years after the Court was granted the long-awaited mandate to adjudicate on asylum matters, the process of informalisation is once again placing important asylum governance decisions beyond the Court’s jurisdiction. Complicated by the history that precedes it, this process leaves the institution in a difficult predicament. On the one hand, the gradual shift towards informality in EU asylum governance leaves individuals affected by the relevant instruments without recourse to legal protection. This underscores the urgency of having an international court of its standing to rule on a subject matter that is often described as an ‘orphan issue’ in international law and for it to do so in a manner that reiterates the paramount importance of upholding human rights principles.

On the other hand, the political unrest within the area means that the ECJ cannot risk alienating EU Member States by remaining indifferent to their concerns. This might be the reason behind the Court’s efforts to portray itself as a mechanical arbitrator of the law, who follows the ‘intention of the legislature’ and seeks to preserve the ‘effectiveness’ of the asylum system. The Court’s technical language therefore reaffirms its sensitivity to the political struggles facing the European Union. This is especially true in controversial spheres such as asylum, where it is forced to fight for the preservation of the asylum system on terms more complex than the ones faced by the Union’s political institutions. Whilst for the latter, the increasingly obvious unsustainability of the asylum system in its current form has activated heated debates and new diplomatic manoeuvres, for the European Court of Justice, the inconclusive and prolonged nature of these debates has translated into a daily existential struggle of applying rules that are no longer fit for purpose. Finding ways to do so until legislative change takes place seems to have been at the source of the Court’s technical approach. Its message to the Union is firm: change should occur at the legislative level. The longer that takes, the greater the threat to the human rights of the individuals caught in the system because of the need for the Court to concentrate its efforts on preserving the ‘effectiveness’ of the system. 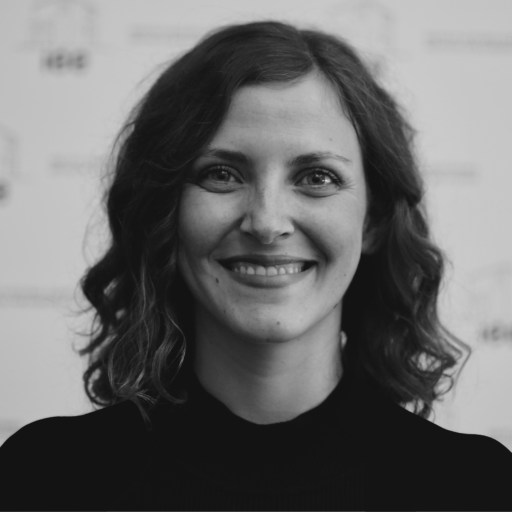