Rainer Bauböck ends his thoughtful and provocative essay with the following prescription: “What we need is an urban citizenship that is derived from residence rather than nationality and that complements national citizenship instead of replacing it.” I will take his closing words as my point of departure and offer an answer that is less predictive and normative, and more empirical. I agree with his assertion that we need a robust urban citizenship. I would suggest that we already have some important examples of urban citizenship that challenge and complement national citizenship in crucial ways and it is important to shine a light on those examples to chart a course forward.

As Bauböck mentions in his essay, my prior scholarship has engaged with what I have called instances of urban citizenship, or the rights of membership derived from residence and physical presence in localities (Varsanyi 2006). In my work in the United States, I have been particularly concerned with the concept of urban citizenship as it applies to immigrants without legal authorisation to remain in the country. In a country that radically excludes unauthorised immigrants from political membership and national citizenship (but not necessarily economic participation), subnational jurisdictions including cities, counties, and states have been at the forefront of extending rights and privileges of membership to their residents who otherwise do not have legal authorisation to remain in the United States.

I present sanctuary cities as one example of robust urban citizenship. There is not a strict definition of what constitutes a sanctuary city, and there is a wide range of practices in cities that designate themselves as places of sanctuary for unauthorised immigrants. A common policy and practice includes “don’t ask–don’t tell” mandates, where front-line bureaucrats—police, teachers, librarians, nurses, etc.—do not ask for information on immigrants’ legal status, and if in possession of that information, do not share it with federal immigration authorities.

Many sanctuary jurisdictions also accept multiple forms of photo identification, such as consular and municipal identification cards, in addition to state-issued driver’s licences.  Holding a valid form of photo identification confers broader benefits of social and community membership and allows individuals to access a broad range of local services, facilities, and transactions such as opening a bank account, applying for marriage licences, obtaining a library card, enrolling children in school, and so forth.

Localities that accept multiple forms of identification also provide unauthorised immigrants with significant protection from deportation. In places where police do not accept alternative forms of photo ID, immigrants’ risks of being swept up in the deportation apparatus is severely heightened when they are stopped and questioned, as police will frequently arrest individuals who do not have valid identification, as opposed to simply issuing them a citation. Once arrested and booked, they are automatically screened for immigration violations in all county jails across the United States, so they have a much greater chance of coming to the attention of federal immigration authorities. In stark contrast, in jurisdictions that issue driver’s licences to unauthorised residents or accept alternate forms of identification, immigrants are able to prove their identity and a police stop does not expose them to federal immigration authorities and the potential of deportation (Provine et al. 2016, Armenta 2017). Currently, 13 states and the District of Columbia have passed legislation allowing unauthorised immigrants to obtain driver’s licences or their equivalent (National Conference of State Legislatures [NCSL] 2019a).

Spaces of Sanctuary in an Increasingly Nativist World

Border walls are being built all over the world. After World War II, there were seven border walls in the world. By 1989, with the fall of the Berlin Wall, there were fifteen. Today, there are seventy-seven border walls and fences around the world and that number is increasing (Vallet 2016). As many scholars have documented, however, bordering practices no longer stop at national borders, as nation-states of the Global North implement border externalisation strategies, such as the United States’ Programa Frontera Sur, which enlists the cooperation of Mexico in achieving U.S. border control goals, and the EU-Turkey Deal of 2016, which externalises the EU border into Turkey. Additionally, as physical walls grow more numerous and ever-higher, the walls surrounding access to national citizenship also grow higher in many jurisdictions, as legal permanent residents are deported for minor infractions and naturalisation fees rise.

In contrast, policies and practices of urban citizenship offer inclusion and the recognition of de facto membership of all residents during this time of growing nativism. With the rise of nationalistic, xenophobic politics exemplified by Brexit, and the expanding appeal of populist right-wing politicians such as Donald Trump in the United States, Marine Le Pen in France, and Brazilian President Jair Bolsonaro to national voters, such examples of “urban citizenship” are crucial for envisioning a more inclusive, just, and progressive future.

From Urban Citizenship to Open Borders

In his essay, Bauböck also urges us to grapple with an important problem in discussions of urban citizenship. As he writes, urban citizenship “cannot be limited to cities only. It applies just as much to rural municipalities and small towns as to large cities… Local citizenship is therefore not just urban; it is a basic status of local equality among co-residents in a country.” In the United States, the majority of immigrants do live in large cities, with a significant portion living in cities and states that identify in some way or another as sanctuaries or “welcoming” communities. Currently, ten states and the District of Columbia have passed laws that provide some measure of sanctuary for their immigrant residents (NCSL 2019b). Additionally, there are 87 counties and cities beyond those states that have passed sanctuary policies. In total, nearly 120 million people (or just over one-third of the U.S. population) live in some type of sanctuary jurisdiction (Brookings 2019), and 60 per cent of unauthorised immigrants live in just twenty cities in the United States, many of which identify as sanctuaries of one type of another (Pew Research Center 2019).

That said, as the literature on immigrant new destinations has documented, immigrants are increasingly settling outside of the large traditional destination cities such as New York City, Chicago, and Los Angeles, favouring instead smaller cities, suburbs, and rural areas in areas of the country that haven’t seen significant immigrant settlement before, for example, in the American South and Midwest (Zuñiga and Hernández-León 2005, Massey 2008, Marrow 2011). This is the important dynamic that Lenard discusses in her contribution to this forum. As she highlights, “…so far, accounts of urban citizenship … do too little to consider the citizenship that is “left over” for those who do not, or cannot, move to cities.”

How can we rethink urban citizenship, then—a concept that emerged, in part, from the global cities discourse—to fit into this shifting demographic landscape of rural and suburban residence? I wonder if the problem here lies mainly with the term itself as opposed to the practices I have described in the prior paragraphs. These practices do proliferate in cities, particularly large cities, but they are not exclusive to cities, with welcoming practices taking place in a variety of sub-national jurisdictions, including the state and county level.

Perhaps it is time to move away from the idea of urban citizenship, as it necessitates membership in a territorially-bounded jurisdiction. As Bauder warns us, “if we rely solely on concepts (such as territorial citizenship) and structures (such as the nation state) that dominate our political life today, then we will only reproduce and not overcome the problems these concepts and structures inherently produce”.  Perhaps it’s time then to move towards a concept that throws into question the existence of those territorial boundaries altogether. As a number of theorists have argued lately, perhaps “open borders” would be a more apt framing concept for our contemporary moment (see, for example, Jones 2019). Open borders imply not only what comes to mind when one hears the term: removing border controls at the territorial boundaries and edges of the nation-state. The concept also implies minimising the bordering practices that exist both beyond and within the nation-state, such as the involvement of local police in national immigration enforcement that I have discussed above. Removing local police involvement in immigration is reflective of upholding the value of local membership (urban citizenship), but it also challenges the internalisation and externalisation of bordering practices and applies wherever the border enforcement apparatus of the state operates throughout and beyond the nation-state.

Importantly, open borders may provide us with an answer to Bauböck’s query: “Should urban citizenship be emancipated from nationality?” In his essay, he responds that both institutions are needed: nation-state citizenship is needed to provide national spaces of belonging and structures to manage relationships between sovereign states. Likewise, urban citizenship is needed as a space for exploring democratic innovations and novel configurations of membership. The concept of open borders embraces both of these imperatives. Importantly, open borders do not mean “no borders”. With open borders, we still have the nation-state, we still have communities of meaning and self-determination that are nationally-bounded. But with open borders, we’re able to pair that national political community with a robust membership regime based on residence, whether urban, rural, or suburban. 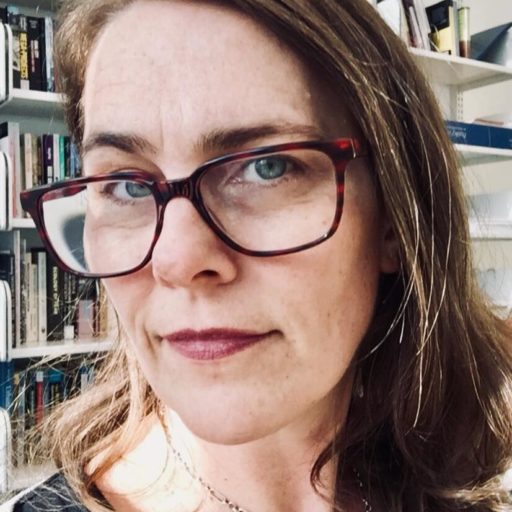 Monica W. Varsanyi Monica Varsanyi is Professor of Geography and Executive Officer of the Earth and Environmental Sciences Program at the CUNY Graduate Center and Professor in the Political Science Department at John Jay College, CUNY.