In the current debate regarding a possible military intervention into Syria many references to the Responsibility to Protect (or R2P) are made. Often a wrong or ill-informed understanding of the R2P is presented, as Sven Simon correctly points out in his contribution. In my opinion two issues deserve further attention. What exactly is the R2P? What alternative means does the international community have if the Security Council does not act? These two questions are the topic of this contribution. Therefore other issues in the context of the Syrian conflict worthwhile of discussion cannot be considered, for example whether military action is a feasible solution at all or how a ‘political’ solution would look like.

So what is the R2P? In order to answer this question it makes sense to cast a view into the past. The 1990s saw horribly failed interventions or inaction by the international community in Somalia, Rwanda and Srebrenica, always followed by calls of ‘never again’. In 1999 the situation in Kosovo escalated after diplomatic negotiations failed and human rights violations and incidents of ethnic cleansing were reported. Once again the international community was confronted with a situation, which, if no action was undertaken, could turn into a second Rwanda. In this situation it became clear that military actions under Chapter VII of the UN Charter, which western states strived to undertake as the ultima ratio, would not find support in the Security Council.

NATO then decided to undertake air raids without the Council’s mandate. Unsurprisingly states who had opposed military action from the outset condemned NATO actions strongly. Shortly after the air raids started, Russia tabled a draft resolution in the Security Council condemning NATO’s actions. However, the resolution failed since only China and Namibia supported it. The remaining twelve members of the Council voted against it. While NATO States argued that their actions had a legal foundation, an independent commission concluded that the NATO air raids were in violation of international law, but nevertheless legitimate. For a detailed analysis I would like to point readers to an essay by Nicholas Wheeler, entitled Reflections on the Legality and Legitimacy of NATO’s Intervention in Kosovo, which was published in 2001 in Ken Booth (Ed.): The Kosovo Tragedy: The Human Rights Dimension; Frank Cass Publishers (Oxon & New York).

Relevant for the debate on Syria as well as the development of R2P however is what happened in the aftermath of Kosovo. In the same year Kofi Annan, then UN-Secretary General, published a short piece entitled Two Concepts of Sovereignty in the Economist.  In this article he argued that state sovereignty was being redefined and claimed to place the individual in the centre of the UN and its charter. He also turned to the critics of the Kosovo intervention:

“To those for whom the greatest threat to the future of international order is the use of force in the absence of a Security Council mandate, one might say: leave Kosovo aside for a moment, and think about Rwanda. Imagine for one moment that, in those dark days and hours leading up to the genocide, there had been a coalition of states ready and willing to act in defence of the Tutsi population, but the council had refused or delayed giving the green light. Should such a coalition then have stood idly by while the horror unfolded?”

Following the publication and a similar speech in front of the General Assembly, the International Commission on Intervention and State Sovereignty (ICISS), sponsored by Canada, started to work on a solution for the Dilemma how to prevent future “Kosovos” and “Rwandas”. The result of the commission’s work was a detailed report, entitled “The Responsibility to Protect” (for more details and an excellent overview on the R2P and its developments since 2005 readers may turn to this article by Alex J. Bellamy). In order to answer the question what R2P is, the 2005 World Summit is of greater importance. In the Outcome Document, adopted by a General Assembly resolution,  R2P was included in §138 and §139.

And while the ICISS Report is much more detailed and goes further than the Outcome Document those two paragraphs are what matters for both the UN and the international community when talking about R2P and its application. In Syria as well as in Kosovo the UN Security Council remains the body with the authority to determine threats to international peace and security and to authorize military intervention beyond the right of self-defence granted in §51 of the Charter. Furthermore the decision to intervene with the use of force is to be made on a case-by-case basis. No list of fixed criteria is in place. What follows from this is that R2P in its adopted version neither grants a possibility for nor creates a legal foundation for military intervention without an UN Security Council mandate (Here again I would like to point to the more detailed legal analysis by Sven Simon). Whether R2P constitutes a norm (legal or political) or a kind of “concept” or a foundation for arguments and deliberations remains as much contested as what the actual meaning of R2P is.

This leads us to the second question of this contribution: Which possibilities are in place for the international community if the UN Security Council is unable to act together while humanitarian catastrophes like the ones in Kosovo or Syria unfold? This question is not new at all. Shortly after the UN was founded it became evident that the Cold War would render the UN Security Council largely inactive. This led to a resolution by the General Assembly, drafted in the context of support for South Korea in the Korean War, entitled “Uniting for Peace”. This resolution declared that, should the Security Council fail to uphold its primary responsibility to maintain international peace and security, the General Assembly would take hold of the matter and if necessary authorize the use of force.

This was also discussed as part of the ICISS report and recently Adrian Gallagher and Jason Ralph from the University of Leeds have offered an analysis of this resolution in the context of Syria. They rightly point out that such a General Assembly resolution would not make military actions legal but it would grant further legitimisation. Prior to the Kosovo air raids there where thoughts to introduce such a resolution in the General Assembly, but out of fear not to reach the 2/3 majority necessary they were abandoned. An issue that is surely valid for Syria as well.

The G20 Summit in St. Petersburg apparently did not bring the US and Russia closer together. So simply pointing to R2P in the Syrian conflict is not the way out. Furthermore the situation in Syria brings to light that the dilemma which the R2P was supposed to solve still exists: If the UN Security Council is unable to act together, there is no way to create an alternative foundation for military action in accordance with international law. 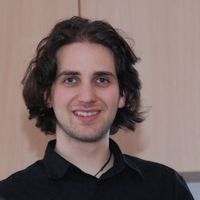