From Legal Fiction to Reality: Securing the Dignity of India’s Manual Scavengers

Manual scavenging is one of the most inhumane and abhorrent sanitation practices prevalent in modern India: broadly, it means deploying individuals to manually clean up drainage systems. This can take the form of unclogging sewers, cleaning up septic tanks or washing or carrying away excreta from non-flush toilet, often with minimal or no equipment, no machinery and generally at partly wages. In addition to being inhumane, the practice is extremely dangerous. Individuals often have to dive into the depths of sewers to unclog them and it is not uncommon for people to suffocate and die in this process.

Since independence in 1947, attempts have been made by the Indian State and its citizenry to eliminate the practise by invoking Law. The most recent of these attempts – and relevant for our purposes – is a petition to the Supreme Court of India. The petition (W.P. (Crl) No. 20 of 2019) prays for the initiation of criminal proceedings against public officials on the charge of culpable homicide not amounting to murder, for their failure to prevent the deaths of manual scavengers.

While the petition is well intentioned, it does not have much legal merit. A better approach would be to impugn the constitutional validity of the practice itself – especially in light of recent jurisprudence from the Supreme Court of India which upholds the constitutional protection of human dignity.

What does the Law say?

The very first – albeit indirect – attempt to address the issue of manual scavenging took shape in the Constitution of India, which came into force in 1950. Inspired by the Universal Declaration of Human Rights, Part III of the Constitution embodied strong human rights protections – and moulded them to suit the Indian context.

A significant adaptation made by Part III of the Constitution was the explicit recognition of the evils of caste. The framers of the Indian Constitution – spearheaded by Dr. B.R. Ambedkar – acknowledged that the ‘lower castes’, having been associated with ‘unclean’ professions, had historically been ostracised from Indian society. They had been denied access to the same public spaces as the ‘upper castes’ and were considered ‘untouchable’. Due to the stigma attached to their caste-identity, the ‘touch’ of ‘lower caste’ individuals was deemed to be ‘polluting’. This meant that they were – and in some cases still are – denied entry into temples, denied access to water from public wells and never allowed to eat at the same table as the ‘upper castes’. ‘Lower caste’ children were prohibited from attending the same schools as ‘upper caste’ children. It was also not uncommon for the ‘lower castes’ to be housed in ghettos situated outside the limits of villages.

Strong protections were therefore placed in Part III to prevent social ostracism emanating from caste-practices. Article 15 ensured that a person’s caste-identity did not prevent them from the use of public spaces and resources like wells and tanks; and Article 17 abolished the practice of Untouchability in any form.

But while Untouchability and other manifest evils of caste were outlawed by the Constitution, the practice of manual scavenging, which underpinned the social ostracism, escaped explicit mention in the Constitution and was inadvertently allowed to perpetuate.

It was not until 1993 that the Union Parliament first took charge of eradicating manual scavenging by passing a dedicated law. The Employment of Manual Scavengers and Construction of Dry Latrines (Prohibition) Act, 1993 (‘first Act’) dealt mostly with the menace of ‘dry latrines’. These are non-flush toilets, where – in the absence of a water-seal – waste remains open to the air and has to be manually removed or washed away. The Act limited itself to the prohibition of the construction of such dry latrines and the prohibition of engagement in or employment for ‘manually carrying human excreta’ from such toilets (Section 3).

Unfortunately, the Act gave significant leeway to state governments in its application, jeopardizing its successful implementation. The Act was made applicable only in those areas as would be indicated by the state governments’ notifications (Section 3 (1)(a)). A notification of delimitation, however, could not be issued unless it was necessary to do so to protect the environment or public health, and the contemplated area had ‘adequate facilities’ for the use of water-seal latrines (Section 3 (2)).

In 2013, the first Act was supplemented by the Prohibition of Employment as Manual Scavengers and Rehabilitation Act, 2013 (‘second Act’). This Act has a wider scope and it covers sewers and septic tanks as well – prohibiting the employment of persons for the ‘hazardous cleaning’ of such sewers and tanks. Unlike the first Act, the second Act applies to the whole of India; and while there was no responsibility on state authorities to construct ‘water-seal latrines’ or flush-toilets in the first Act, the second Act places such a responsibility on local municipalities.

Similarly, while ‘hazardous cleaning’ of sewers and septic tanks is prohibited, ‘hazardous cleaning’ only refers to their cleaning without protective equipment, cleaning devices and safety precautions (Section 2(1)(d)). The Act leaves the precise standards of such protective equipment to the rule-making discretion of the Central Government, which has notified an extensive set of protective gear, devices and safety measures.

But the statutory requirement for protective equipment is a structural feature of the Act that takes away from the stated purpose of the law itself. The Act was formulated to prohibit the employment of manual scavengers. By making the protection of the Act contingent on the absence of protective equipment, the Act merely creates an illusion of prohibition, but allows the practice to perpetuate. A relevant analogy in terms of how the Act fails would be an Act that ostensibly prohibits corporeal punishment in schools, but whose provisions only require that students wear protective gloves while being caned.

Moreover, in light of the number of deaths that continue to be associated with manual scavenging, the provisions regarding protective equipment have clearly proved to be ineffective. A better alternative, perhaps, would have been to commission the use of cleaning machines (which are expensive but readily available) with a view of achieving complete mechanization of the process eventually.

The Act misses the mark on other factors as well. On the infrastructural front, while the second Act makes local municipalities responsible to convert non-flush toilets to water-seal toilets, it also provides that the costs incurred for such conversion must be recovered from the occupants of the dwelling where such toilets are found. It is trite to point out that had these occupants been capable of affording water-seal toilets, they would not be using non-flush toilets in the first place.

Both Acts also allow the government, based on its discretion, to exclude types of buildings or classes of persons from the application of the Acts.

A reading of the two Acts lays bare that instead of prohibiting the practice in totality, the Acts merely regulate the employment of persons as manual scavengers. While both Acts claim to protect the dignity of manual scavengers, their provisions clearly fail to meet the mark.

From Fiction to Fact

The inadequacies of the Acts pointed out above bring us back to the petition pending before the Supreme Court. The petition seeks to place criminal liability on public officials for failing to implement the provisions of the two Acts in earnest. This prayer is likely to fail as public servants cannot be prosecuted criminally for failure to discharge their duties. In fact, both Acts prohibit the initiation of prosecution against officers for any actions taken in ‘good faith’ (a standard provision in many Indian laws).

A better approach for the petition would have been to impugn the constitutional validity of the practice itself, to pray for the Court to repeal the Acts and to seek a declaration that the practice be declared unconstitutional in its entirety.

This approach has significant merit in light of the Supreme Court’s judgement in K.S.Puttaswamy (Retd) vs Union of India.

Puttaswamy is a landmark judgment rendered by a 9-Judge Bench of the Supreme Court. It held that the Right to Privacy was an integral part of Right to Life protected by Article 21 of the Indian Constitution. The judgement, in obiter, focuses extensively on the central place of dignity and autonomy in the constitutional protection of ‘Life’. In the majority opinion, Chandrachud J. presents dignity as constituting the core of all the fundamental rights in Part III of the Constitution. The judgment notes that to live is to live with dignity and that every fundamental rights seeks to achieve a dignified existence for all individuals (paragraph 106-107). The Right to Life, thus, squarely includes a fulfilling life and the ability to make one’s own decisions, leading to a dignified life.

This explicit constitutional recognition of autonomy and dignity is promising for manual scavengers. While the ostensible purpose of both Acts, apparent from their preambles, is the protection of human dignity, their provisions legitimise the continued employment of manual scavengers and render this purpose moot.

The availability of protective equipment (which is frequently denied by reports) is no compensation when faced with the fact that these human beings are required to enter sewers and septic tanks to clean human excreta. Coupled with the historic association of a particular caste with such ‘unclean’ practices, the ‘manual scavengers’ are often forced to take up such jobs, not being in social control of a choice of occupation. The practice – and its facilitation by the Acts – is a stark violation of human autonomy and dignity. When brought under the scanner of constitutional legitimacy, it becomes apparent that the 1993 Act and the 2013 Act violate the principles as enshrined in Puttaswamy.

The Supreme Court of India has a longstanding history of salvation in cases where the Legislature is unable to uphold the rights of its citizens. Continuing this tradition, the Court should strike down the Acts and outlaw the practise of manual scavenging entirely, for want of constitutionality – particularly under Article 17 and 21 of the Constitution. By doing so, the Supreme Court will free up legislative space occupied by the misleading Acts. These Acts, while giving an appearance of prohibition, have in reality allowed an undignified practice to continue on undignified terms and in undignified situations.

To ensure the protection of dignity, the Court might consider occupying the legislative space by drafting interim measures which would hold the field of law until Parliament comes up with a comparable statute. While this is constitutionally excessive, the situation demands such excess, and past precedent is indicative of this need.

In 1997, noting the absence of any suitable legislations for the protection of women against sexual harassment at the workplace, the Supreme Court had formulated interim legislative measures in Vishaka v. State of Rajasthan. These interim measures continued to be the only law pertaining to sexual harassment at workplace for 16 years, until the Sexual Harassment of Women at Workplace (Prevention, Prohibition and Redressal) Act was promulgated in 2013. ‘Manual scavengers’ (unfortunately, for the lack of a better term) have been denied their humanitarian due for centuries in the Indian sub-continent and their constitutional due for 70 years in the Republic of India – it is high time the Law dismantles the structure that perpetuates their oppression. 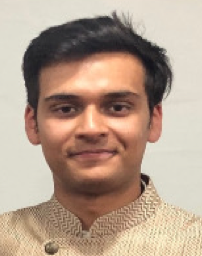 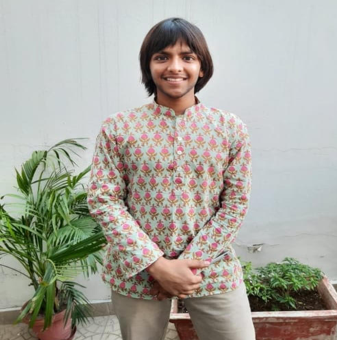 Pranay Modi Pranay Modi is a Research Fellow at the Vidhi Centre for Legal Policy in New Delhi, India.