From Marginalization to Reproductive Justice

On 29th September 2022, a three-judge bench of the Indian Supreme Court passed its final order in a petition concerning the right to abortion for unmarried women. The petition was filed by a 25-year-old unmarried woman seeking to terminate her pregnancy arising out of a consensual relationship where her partner had refused to keep his promise of marriage.

For this, the post is divided into three parts: in part one, I present the two ways in which the court has expanded access to abortion. In part two, I discuss the constitutional principles involved in this case and their missing links. In part three, I present the implications of the judgment on the state parties’ obligation to fulfil the right to reproductive health for women. And at last, I conclude by arguing why this progressive judgment would have only a limited impact on the lives of women in its actual functioning.

The case has expanded the access to reproductive rights in India in two ways: first, by expanding access to abortion to hitherto excluded groups, and second, by prohibiting the use of any extra-legal procedures, or documents that have till now restricted access to safe abortions.

The principal legislation on abortion in India is the Medical Termination of Pregnancy Act, 1971 (the MTP Act). The act provides conditions under which a termination of pregnancy may be allowed up to 24 weeks by registered medical practitioners (RMPs). These conditions are risk to the life or grave injury to the physical or mental health of the pregnant woman, or risk to the child. The Medical Termination of Pregnancy Rules, 2003 (as amended in 2021) further provides that pregnancy due to rape or sexual assault, change in marital status, pregnancy in disaster setting, physical disability, mental illness amongst others will also be considered conditions for abortion.

But the act largely functions under stereotypical and heteronormative notions of ‘acceptable sex’. Thus, for instance, before the 2021 amendment, section 3 (explanation II) recognized the failure of contraception as a ground for aboriton only in case of a married woman and her husband. The Statement of Object and Reasons of the 1971 act also presents a sexual puritanism by stating that ‘most of these mothers (who seek abortion) are married women’ who are ‘under no necessity to conceal their pregnancy’.

The current judgment changes the status quo – first, by expanding access to abortion for groups that have hitherto been either denied or have faced disproportionate hurdles in accessing abortions. These include:

Unmarried women: The court clarified that under the latest amendment to section 3 of the MTP Act, abortion is equally available to unmarried women as it uses the word ‘any woman and her partner’ instead of the earlier phrase, ‘any married woman and her husband’. The Court held that the legal presumption of a grave injury to the mental health of a woman on account of the failure of contraception, extends to all women and not just married women, particularly given the additional trauma faced by pregnant single women. The Court further held that the term ‘grave injury to mental health’ should not be read as only presence of mental illness, but should be seen as the absence of mental well-being.

On survivors of sexual violence: The court held that ‘sexual assault’ or ‘rape’ in Rule 3B(a) of the MTP Rules includes a husband’s act of sexual assault or rape committed on his wife. This means that a woman facing sexual violence in her marriage can seek abortion on the ground of sexual assault and rape. In a limited sense, the court recognized the existence of marital rape and provided that compelling a woman to give birth to and raise a child with a partner who inflicts mental and physical harm upon her, would be a violation of her rights.

On transgender or queer persons: On the onset, the court clarified that women include persons other than cis-het women.

On young and adolescent persons: Currently, when a minor in a consensual sexual relationship approaches RMPs, they are under mandatory obligation to report it to the concerned authorities under section 19 of the Protection of Children from Sexual Offences Act, 2012 (POCSO). POCSO treats any sexual activity below the age of majority as statutory rape irrespective of consent. Thus, the court recognized that adolescents and young persons in concensual relationships seeking abortion are left with only two options– either be involved in criminal proceedings or seek help from unsafe abortion services. Despite the growing statistical acknowledgment of consensual sex amongst young and adolescent persons, this provision has effectively criminalized young persons and their sexuality. This judgment expands the access to abortion for such young couples by harmoniously reading the POCSO Act and the MTP Act. The court provided that for limited purposes of the MTP Act, the identity of minors need not be disclosed by the RMPs under section 19.

Second, the right to sexual and reproductive health has been expanded by accounting for the lived reality of women who face multiple struggles in accessing abortion.

Currently, criminalization is the overall structure within which abortions take place. Under section 312-318 of the Indian Penal Code, any person who causes a woman with child to miscarry, including the pregnant woman herself is liable to be punished.  The MTP Act does not ensure abortion as a matter of right but allows a permissible regime for abortion in case of fulfillment of certain conditions.

Thus, RMPs fearing prosecution ask for various extra-legal documents and procedures before allowing abortion, like consent forms from husbands and parents, unnecessary judicial authorization, permission from medical boards, mandatory counselling, proof of legal proceedings in case of rape or sexual assault, etc. The Court termed these practices ‘extra legal’ and has declared that there is no requirement of either additional unnecessary documents or court approvals for a termination of pregnancy as long as RMPs are of the opinion that the conditions under section 3 are fulfilled. Further, for establishing rape or sexual assault, the court held that a woman is not required to submit proof of legal proceedings. This is an implied recognition of structural hurdles women face in reporting sexual assault or rape.

The overall impact is that if followed, this judgment can potentially expand the wider access to sexual and reproductive health services for a range of groups. This marks a clear divide from previous approaches of the Supreme Court towards sexual and reproductive health where courts have been reluctant in rooting women’s lives and their autonomy at the centre and have rather legitimized extra-legal institutions like medical boards. Under the MTP Act, 1971, for abortion, any permission from any medical board is not required as long as conditions of section 3 are fulfilled, but courts have pushed for medical boards in each state, out of their own accord, thus  creating yet another layer of medico-legal sanction for seeking abortion.

In the current case itself, in July 2022, the Delhi High Court refused the petitioner’s request of termination of pregnancy on the ground that unmarried women are not covered under Rule 3B. Instead, the court suggested to the petitioner to give birth and then opt for adoption. This was suggested in complete disregard to extreme harm caused to a woman’s body during birth and its potential violation of bodily autonomy in case of unwanted pregnancies.

Abortion within the framework of the Indian Constitution

On Dignity: The court held that by forcing unwanted pregnancies the state strips women of the right to determine the immediate and long-term path their lives would take. This, the court held, is an affront to dignity as the right to choose for oneself (both significant decisions and day-to-day decisions) is a part of dignity. The right to dignity entails recognizing the competence and authority of every woman to take reproductive decisions, which includes decisions regarding abortion.

Both of these principles have a deep impact on reproductive justice, discussing which is beyond the word limits of this blog. However, it is important to point out here that equality remains a missing link in the court’s jurisprudence in this case. As Dr. Gauri Pillai points out, the court has not asked what current restrictions on abortion mean for women as a group. The court recognizd the obligation of the Indian state under Article 12 of the CEDAW to ensure appropriate measures against any form of discrimination in the field of health care services including abortion. But it does not ask whether the continued criminalization of abortion and system of permission regime from RMPs promote a stereotypical notion of the role of women in society and furthers their overall disadvantage as a group. The court does find the distinction between married and unmarried women as ‘artificial’ and ‘constitutionally unsustainable’, but does not take the equality argument to its logical conclusion.

On international law, the court held that India is under obligation to bring the MTP Act in conformity with international human rights law. The Court held that under Article 6 of the ICCPR (right to life) and Article 12 of ICESCR (right to sexual and reproductive health as an integral part of the right to the highest attainable physical and mental health), the Indian state has an obligation to ensure safe, legal, and effective access to abortion. In this reference, the court recognized the economical and caste hurdles in access to abortions and noted

“It is not only social stigma which prevents women from realizing the right to health but also caste and economic location. The cost of an abortion at a private hospital may be prohibitive for those whose monthly salaries are a fraction of that cost. Public hospitals in rural areas are often not equipped with the resources to provide the kind and quality of healthcare that ought to be provided free of cost or at highly subsidized rates.”

Based on this reality, the court held that under Article 21 of the constitution, the state has a positive obligation to protect the right to health including the reproductive health of individuals.  This means the state has to proactively take steps to help increase access to healthcare including reproductive healthcare. The court relied on the Directive Principles of State Policy under Article 38 and Article 47 to arrive at this conclusion.

This reading of directive principles as imposing positive state obligation in case of abortion is a major achievement given the rapid privatization of health care post-1991 in India. It can set the stage for universal, affordable, and accessible abortion and health care for all women and can have particular recognition of the lived reality of women facing multiple disadvantages.

Would it change the lives of women?

Despite the many positives of the judgments, the judgment is unlikely to have a major impact on the lives of women. It was beyond the scope of the case to challenge sections 312-318 of the IPC, and thus abortion continues to be criminalized. The IPC does not place women’s autonomy as the core of the matter and criminalizes any kind of abortion. This means that RMPs would continue to fear prosecution and impose extra-legal conditions or deny abortions outright to women. In various studies, it has been found that RMPs often deny or restrict access to abortion based on their own moral/patriarchal notions of acceptable or unacceptable sex. 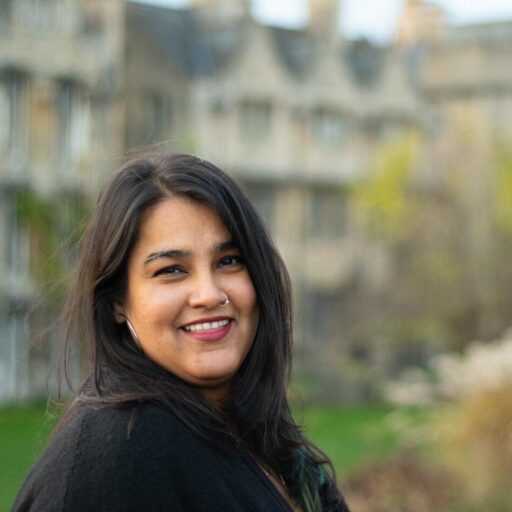 Surbhi Karwa Surbhi Karwa is a BCL graduate (Distinction) from University of Oxford. She will be starting her PhD from UNSW, Australia in 2023.

Other posts about this region:
Indien No Comments Join the discussion
pixel_not_set
Go to Top