From Russia with Love

On 18 November 2020, we wrote a blogpost on the new chapter of the Government’s crusade against LGBTQI persons in Hungary. We argued that the amendments to the Fundamental Law paved the way for more tangible institutionalized trans- and homophobia, and on 10 June 2021 our fears were realized. On 15 June, the Parliament is expected to vote on a legislative package on stricter actions against pedophile offenders and certain amendments of laws to protect children. Attached to the bill on combatting pedophilia, an amendment was tabled by the Fidesz-KDNP members of the Legislative Committee, according to which it will be prohibited to “represent” and “promote” homosexuality and gender diversity to minors in various contexts. The proposal, which bears a striking resemblance to the Russian anti-LGBTQI propaganda law of 2013, will amend the legislation – among others – on commercial advertising and media, and it would outlaw almost any mention of sexual and gender minorities in schools.

Since 2010, the Hungarian Government has been advocating for a conservative and restrictive notion of families. In 2020, their anti-LGBTQI propaganda changed gear and rapidly started to repeal rights and benefits that had been available for decades. The legal rampage began with banning legal gender recognition in May 2020, and continued in the fall with reforming the adoption process, completely excluding LGBTQI persons, with only very limited exemptions. These reforms foreshadowed some negative changes, but the bill introduced on Thursday exceeded our worst expectations.

It is not far-fetched to claim that LGBTQI people are the ‘migrants’ of the day: the Government’s rhetoric is conditioned on the existence of a common enemy. With the borders closed, a new, internally available scapegoat was required to divert attention away from the mismanaged healthcare and economic crisis, the deteriorating inflation and unemployment figures.

The bill in question aims at combatting paedophilia more strictly and punishing offenders more harshly – a noble cause, nobody would argue with that. The anti-LGBTQI proposal hidden in an amendment to the bill, however, has nothing to do with paedophilia or the protection of children. It repeats the biased, scientifically inaccurate stance governmental politicians have taken in the previous years, by barring any LGBTQI content from reaching minors, implying that they must be protected against it, in the same way as they need to be shielded from paedophilia.

This proposal appears to be a direct response to a series of recent, very public initiatives promoting the inclusion of sexual and gender minorities, such as the Getting to Know LGBT People school program, the Coca Cola ads featuring same-sex couples, the fairy tale collection ‘Wonderland for Everyone’ or the public service advertisement of the award-winning ‘Family is Family’ campaign on same-sex couples raising children. The bill puts opposition parties in an impossible position: if they do not vote for the legislative package, the campaign leading up to the parliamentary elections next year will be thematized by their refusal to support stricter action against paedophilia.

The proposal explicitly prohibits to make available to children under the age of eighteen “any pornographic content and content that depicts sexuality as having a purpose in itself or promotes or represents deviation from the self-identity in line with birth sex, gender reassignment and homosexuality”. Specifically, in commercial advertisement, in media services and mass media such content is wholly banned, whereas in education only promotion, not representation is sanctioned. The governmental MPs seek to conflate paedophilia with homosexuality and transgenderism – the very fact that the proposal is part of the anti-paedophilia bill testifies of their intention. Further, the proposal is based on the assumption that any content on sexual and gender minorities falls in the same category as pornography. Its explanatory memorandum argues that it is imperative that children are not confronted with content they “may misunderstand”, which can “confuse their developing ethical, moral standards” or their self-image.

Nobody challenges that the state has an obligation to bar minors from access to content that is harmful for them. The problem is where the lines are drawn. The Government’s overly broad and vague definition of harmful content constitutes an unjustified limitation on freedom of expression, the right of children to education and non-discrimination.

Non-compliance with the ECHR and EU law

The proposal singles out speech on the basis of its content, without considering the veracity or context of the message. The wording clearly fails to comply with the legality requirement of Article 10 of the European Convention on Human Rights (ECHR), which guarantees freedom of expression. A norm cannot be regarded as “law” for the purposes of Article 10 (2) ECHR unless it is formulated with sufficient precision to enable citizens foresee the consequences of their actions (Sunday Times v. the United Kingdom (no. 1), par. 49). As the Venice Commission noted in its opinion on Russian and similar propaganda laws, ‘promotion’ in itself is ambiguous, leaving too much room for interpretation. But the Hungarian proposal goes further, by also outlawing ‘representation’ that – arguably – lacks the purposive element of promotion. There is no scientific evidence that would suggest that mentioning homosexuality or gender diversity adversely affects minors, and “it is only through fair and public debate that society may address such complex issues […], [which] would benefit social cohesion.” (Alekseyev. v. Russia, par. 86).

Freedom of expression is not an absolute right, but the protection of children cannot be a carte blanche in the hands of governments. It must be substantiated that the restriction – in our case a blanket ban – is proportionate to the aim pursued. No such link of proportionality is established here, and the Government failed to offer any argument in support of a pressing social need for the restriction. Additionally, the law is in violation of the non-discrimination clause of the ECHR as it distinguishes speech on the basis of sexual orientation and gender identity, and suggests that sexual and gender minorities and their relationships are inferior (e.g. Bayev v. Russia, par. 90).

Furthermore, the ban introduced to the act on media services and mass media undoubtedly runs counter to the EU’s Audiovisual Media Services Directive. Its Article 9 prohibits – inter alia – to “include or promote any discrimination based […] sexual orientation”. Censoring content purely on the basis of sexual orientation or gender identity also clearly constitutes discrimination, which is in breach of Articles 11 and 21 of the EU Charter of Fundamental Rights. The proposal also impairs the free movement of services and goods guaranteed in Article 26 (read together with Article 19) of the Treaty on the Functioning of the European Union. The limitation of economic freedoms, however, opens a further remedy against the changes introduced by the amendment in the form of an infringement procedure which may be resolved more quickly that a case before the ECtHR.

Although the proposal does not prohibit the representation homosexuality or gender diversity, only the vague concept of “promotion” is banned in schools, the room for open and informed discourse on LGBTQI topics will further shrink.

The proposed amendment seriously limits children’s ability to receive impartial, scientifically correct information and support in school. In classes on sexual life, sexual orientation or gender identity “particular attention needs to be paid to Article XVI of the Fundamental Law” and activities shall not aim at promoting “deviation from the self-identity in line with the birth sex, gender reassignment and homosexuality”. Persons or organizations from outside the school system may only be involved in teaching in the above subject areas, if they are registered by the designated state organ. Failure to observe these rules will result in a misdemeanour liability for the head of the school and the external lecturer. The proposal rests on the predisposed bias that sexual orientation or gender identity may be changed under external influence, or that minors may be enticed into homosexuality or gender diversity. This lacks any scientific foundation. As Hungarian civil society organizations have noted: sexual orientation or gender identity are not part of the birthday present handed over in gift wrapping at the 18th birthday, they are part and parcel of children’s life and natural development from a much earlier age.

In 2010, the Recommendation adopted by the Committee of Ministers of the Council of Europe emphasized that the overriding interest of the child requires that “objective information with respect to sexual orientation and gender identity” is provided in school curricula and education materials. Despite the European progress, the Hungarian framework curriculum for the subject ‘Preparing for family life’, adopted in 2013, devotes significant attention to strengthening the children’s identity in line with their birth sex and the heterosexual matrix. While the Government clearly believes that sexual orientation and gender identity is a personal preference attained through learning, being exposed to diversity, tolerance and equality cannot be deemed harmful. It is conducive to social cohesion and mutual respect. The chilling effect of the legislation, however, cannot be understated. It will silence teachers who were open to discuss a spectrum of sexualities and gender diversity, or host civil society organizations and other experts in these classes.

The proposal at hand prevents any meaningful conversation about homosexuality and gender identity, and further marginalizes LGBTQI children in schools. Even today, schools are not safe spaces for them. Recent research among teachers confirmed that more than half of them witnessed homophobic or transphobic comments from their students. In a study among children, two-thirds of the respondents reported of some sort of a verbal abuse on the basis of their sexual orientation or gender identity. The UN Committee for the Rights of the Child also expressed serious concerns about bullying, abuse and exclusion against LGBTQI children in schools, and urged the Government to intensify its efforts to prevent and address the problem. Instead of adopting a comprehensive national strategy, the state has done everything to eliminate discussion on sexual and gender minorities from classrooms.

The Government’s short-term strategy is clear: to make the parliamentary debate about the legislative response to paedophiles about sexual and gender minorities. Establishing this connection is unnecessary fear-mongering against LGBTQI persons, and conveys a distorted and hateful message that they are dangerous to children and need to be silenced. The long-term effects of the legislation are equally outrageous. It will reinforce that people with non-mainstream sexual orientation or gender identity are second-class citizens and that their lives, problems or joy are not worthy of public display. The bill will give further ammunition to their opponents. While it is difficult to predict whether the rules – if passed – will be implemented and if so, how, they will certainly result in considerable self-censorship and caution – none of these are welcome in an open and inclusive society. 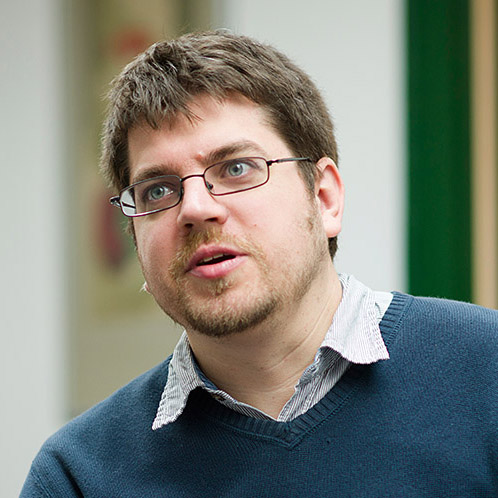