Gender Quotas and the Injuries to Electoral Freedom

Last week’s decision by the Thuringia state constitutional court to invalidate parity legislation destabilizes a widespread understanding of the German constitutional law of sex equality as seen from outside. Because Article 3.2 of the German Basic Law (GG) since 1994 has explicitly stated that “the state shall promote the actual implementation of equal rights for women and men, and eradicating disadvantages that now exist,” it was long assumed by jurists and scholars throughout the world that gender parity measures to overcome women’s disadvantage or underrepresentation in positions of power were permitted, if not encouraged, by German constitutional law.  In a recent amicus brief filed in litigation at the trial court stage in the United States, concerning the valid ratification of a sex equality amendment to the US constitution, nine international women’s organizations emphasized the stability of sex equality guarantees in constitutions around the world, pointing to Article 3.2 of the German constitution as a leading example of a provision that legitimizes affirmative measures to promote equality. By invalidating the parity legislation, the Thuringia constitutional court calls this understanding into question, responding to arguments made by a far-right political party, AfD.  The constitutional problem AfD identified, and with which the Thuringia court agreed, is the encroachment upon the freedom and equality of voters under Article 38 GG (with a parallel provision in Thuringia’s constitution at Article 46) as well as the freedom of political parties in Article 21 GG. But more fundamentally, the Thuringia court found the gender parity law to threaten the general principle of democracy enshrined in its constitution at Article 44.

Constitutional litigation by far-right groups against gender quotas is not unique to Germany. In the United States, the right-wing organizations Judicial Watch and Pacific Legal Foundation have brought lawsuits to challenge a recently enacted California state law requiring corporations based in California to appoint at least one woman to their boards of directors. By comparison to the Thuringia law or other gender parity legislation affecting corporate or political positions in Europe, the California law is modest; it only requires corporate boards to choose one woman, i.e., to avoid being entirely male.  For boards larger than six members, the law requires the board to choose three women, but beyond that minimum threshold, actual parity is not required. The law was enacted in 2018, as the #MeToo movement drew attention to the disproportionate power wielded by men in economic and political life.

Yet, two lawsuits were brought immediately to challenge the legislation’s constitutionality, alleging violations of state and federal equality provisions. One lawsuit was filed in a California state court, by Judicial Watch on behalf of several taxpayers seeking to stop the state from enforcing the law. Judicial Watch’s complaint argues that the law violates the California constitutional prohibition of discrimination on account of sex.  And shortly thereafter, an additional lawsuit was filed in a federal court in California by a man who sits on the board of a corporation to which the law would apply.  His case is being brought by the Pacific Legal Foundation, a conservative legal organization that often litigates against affirmative action. That complaint argued that the California gender quota violated the Equal Protection Clause of the federal constitution.

The equal protection argument in both the state and federal cases seeking to abolish the California gender quota is that the law may not make sex distinctions unless the state can provide a justification under a rigorous standard allegedly not met here. Because the U.S. Supreme Court’s jurisprudence of Equal Protection is incompatible with most measures to ameliorate the underrepresentation of disadvantaged races, the conservative groups’ challenges to the gender quotas, if decided on the merits, could lead to their invalidation.

But in April 2020, the federal court dismissed the Pacific Legal Foundation case on procedural grounds. Specifically, the court found that the plaintiff lacked standing to bring his constitutional claim, and therefore, the court lacked jurisdiction over the case, leaving the gender quotas legislation in effect. To have standing to sue in federal court, a complaint must be brought by a plaintiff that alleges an injury in fact. Even if a law in question violates the Equal Protection Clause, it cannot be struck down in litigation, unless the litigant has been injured in some concrete way by the constitutional violation. The male board director claimed that his injury occurred when the new law deprived him of his right to choose the candidate of his choice, by forcing him to choose a woman candidate instead. The suggestion that a gender quota violates freedom to choose a candidate of one’s choice resonates with the logic of the Thuringia court’s invalidation of the parity quota legislation.

But the federal court in California rejected this argument, concluding that an individual director’s inability to vote for the candidate of his choice did not amount to a “concrete or particularized injury in fact under the Equal Protection Clause.”  Therefore, the Court could not exercise jurisdiction, and could not proceed to decide whether to strike down the California gender quota law on the grounds that it violated the Equal Protection Clause.  Pacific Legal Foundation has now appealed this decision to the Ninth Circuit court of appeals, where it is pending.

By contrast, in the state-court litigation challenging the same law, the California court applied state standing doctrine, which is less restrictive than the federal approach, and found that the taxpayers had alleged sufficient injuries to continue litigating the claim. Since the state of California was preparing and publishing a report about the composition of corporate boards in California, as required by the new law, the taxpayers persuaded the court that this expenditure of taxpayer funds was sufficient to constitute an injury in fact under the state law standard. Having met this threshold, the case will continue, and eventually the court will reach the question of whether the legislation requiring at least one woman on boards is a form of sex discrimination.

In the United States, particularly in the federal courts, doctrines of justiciability, including standing, protect the separation of powers. The initial rigorous inquiry about the nature and extent of the litigant’s injury caused by the statute serves to remind the judiciary of its limited role in second-guessing the political work of democratically elected legislatures. Only a plaintiff alleging a concrete “injury-in-fact” can proceed to the merits of a constitutional challenge, demonstrating that it is absolutely necessary for a court to resolve it at that moment.

The federal court’s dismissal for lack of standing, premised on the court’s finding that there was no “injury in fact,” speaks indirectly, but meaningfully, to the inadequacy of the equal protection theory advanced by the plaintiffs, without reaching a judgment about it. By saying that a member of a corporate board suffers no concrete injury when the law forces him to vote for a woman (over a candidate he prefers), the court is implicitly limiting the scope of the baseline entitlement to electoral freedom within the corporation that the plaintiff assumes to exist.  The plaintiff’s claim of injury assumes that those who elect the directors of a corporate board possess an unfettered right to freely choose the person they most prefer for the position.

The Thuringia court decision, as a proceeding in abstract review, need not begin with concrete injuries.  The court put forth a robust view of the baseline entitlement to electoral freedom on the part of voters (Art. 38 GG) and political parties (Art. 21 GG). Only when this entitlement is assumed in the abstract to be unfettered does the intrusion by a gender quota appear problematic. Yet, it is actually not clear what the concrete injury to AfD or any political party is, when the law requires parties to nominate some women candidates. The abstract language of voter and party choice can mask the concrete misogyny that might surface if trying to explain how, in fact, the men who control corporate boards and political parties are injured when they are required to choose women as their peers or leaders.

What is the democratic value of giving political parties unfettered candidate choice under Article 21 GG? By its own terms, Article 21 already limits party freedom by requiring conformity to democratic principles in internal organization, and, in other subsections, the same article authorizes the exclusion of parties that seek to undermine the free democratic order. As Ruth Rubio Marín and Michaela Hailbronner argue, gender parity has been developed in the jurisprudence of peer constitutional courts and the European Court of Justice as a core legitimizing principle of truly representative democracy. Twenty-first century political economies have moved beyond the “separate spheres” tradition, and they do not function democratically when half the population is systematically underrepresented. Article 3.2 GG’s “actual implementation of equal rights between women and men” articulates a baseline democratic principle, reaffirmed in the course of German reunification. In conservative groups’ challenges to the California legislation mandating a corporate board gender quota and to Thuringia’s legislation requiring political party gender quotas, a common theme is a vision of unfettered electoral freedom, whether by political parties, voters, taxpayers, or corporate boards. But whether any voter or any entity has an entitlement to choose candidates they most prefer, unfettered by gender equality, involves the balancing of competing values best left to democratically elected lawmakers who represent the people, not to the unelected constitutional judge. In the United States, as in Germany, additional courts will continue to respond to litigation pushed forward by right-wing organizations to invalidate gender quotas.  Articulating the concrete injuries to voters and parties, even in the context of abstract review, can productively reframe the claims of electoral freedom and the democratic principles advanced by legislatures in pursuing gender quotas. 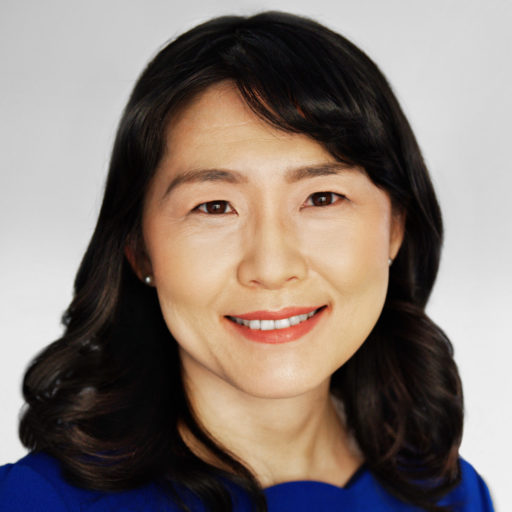 Julie Suk Julie Suk is a Professor of Sociology & Political Science at The Graduate Center – CUNY and Visiting Professor at Yale Law School.