Georgia’s Coronation of an Orwellian Doublethink

On 21 March 2020, Georgia declared a nationwide State of Emergency for one month in an effort to halt the spread of COVID-19. The decree has recently been extended until May 22, 2020. To date, Georgia is among the countries with the least infected population and the mortality rate remains low (635 confirmed cases, 10 deaths, and 309 fully recovered as of May 10, 2020). Despite the relative success within the medical sphere, the rule of law, democracy and human rights are facing an epidemic of unseen scale.

This post focuses on three fundamental problems arising from the Presidential decree and other regulations of State of Emergency, its enforcement and the proportionality of sanctions. It should be understood that Georgia is a unitary State with 20% of its territory occupied, the State institutions are weak and fragile, the judiciary is the least independent branch, and Constitutional mechanisms for checks and balances are yet to be developed. The ruling party of “Georgian Dream” (ქართული ოცნება in Georgian) has an absolute majority in the Parliament and in local councils at every regional level, as well as having sole control within the Cabinet. Therefore, there are real and imminent threats of abuse of power where the Cabinet has a carte blanche to impose restrictions on fundamental rights and freedoms.

1. The Delegation of Power to the Government: Ignorance is Strength

It should be emphasized that the text of the constitution provides for two fundamentally different options of limiting human rights. The President of Georgia is entitled to either restrict or suspend the rights and freedoms by decree in accordance with Art. 71.4 of the Constitution. The former implies a possibility to substitute the requirement “prescribed by law” with the notion of “prescribed by decree” which, in turn, has a force of Organic Law. In this case, the fundamental guarantees of the rights are not suspended and/or the scope of legitimate aims for an interference are not enlarged. In contrast, the suspension of rights constitutes a classic case of derogation in the time of emergency. However, the constitution is clear that in both circumstances, it is the legislature, not the executive branch of the government, which has a primary obligation to define the subject, scope and purpose of the interference with the fundamental rights and freedoms.

As it stands now, the Presidential Decree No. 1 contains 12 Articles, and each provision deploys the following wording “the government of Georgia shall be authorized”,with clear implications that the Cabinet is in charge of defining when, where and how to restrict our rights and freedoms, without any guidance and/or strict boundaries set forth by the legislature.

In practice, by approving the Presidential Decree in its current form, the Parliament of Georgia refused to exercise its constitutional authority. The Parliament was obliged to reject a decree that fails to define in a precise manner and in detail to what extent the Government may impose restrictions on our rights and freedoms. The whole architecture of checks and balances within the constitutional order rests on a notion that the government shall only enforce acts issued by the President and subsequently approved by the Parliament during a State of Emergency, and shall not by its discretion decide whether to expand or narrow down the scope of restrictions of human rights. Therefore, it is a violation of an essential requirement to restrict human rights – prescribed by law.

2. The Equal Application of Emergency Laws: all citizens are equal, but some citizens are more equal than others

Although a State of Emergency has arguably not been declared in a proper manner and in conformity with the constitutional requirements, the Government of Georgia implemented certain restrictive measures throughout the whole territory of the country. In particular, the schools, universities and other institutions were closed; a curfew from 9pm to 6am was introduced; assemblies, demonstrations and gatherings of more than three people in public or private, except in dwellings, were prohibited; And some regions were even declared as the most dangerous (red) zones due to the high number of infected people and closed entirely for weeks so far.

While the restrictions might be necessary and serve the legitimate aim of safeguarding our health, they are not applied equally to all citizens and organizations. A vivid example is the Georgian Orthodox Church, which has largely refused to comply with emergency laws and obligatory recommendations delivered by public health officials. The orthodox churches still remain open across the country and continue to hold ceremonies. The Church has even refused to change the tradition of using a shared spoon during the Holy Communion and conducted an Easter liturgy, violating the curfew requirements and regulations on prohibiting gatherings of more than three people.

Despite the alarming and blatant violation of laws, during an official briefing, the PM of Georgia asked rhetorically: “Are we an Orthodox state which has thousands of years of experience of collaboration between the church and the state?” Even while the Constitution clearly states that there is no state religion in Georgia. Furthermore, the Health Minister has said that there has not been any specific scientific research claiming that using a shared spoon for Holy Communion might help spread coronavirus. As a result, the churchgoers were allowed to attend the Easter liturgy and the Orthodox Church still violates the laws of Emergency on a daily basis.

To counter the arguments of arbitrary application of emergency laws, some attempted to justify the conduct of the Church by referring to the fact that freedom of religion (both forum internum and forum externum) cannot be restricted during a State of Emergency in accordance with the Art. 71.4 of the Constitution

In fact, this constitutes a quasi-argument to justify a reluctance of the government to exercise its legitimate power over the Church. The mentioned regulations regarding curfew and/or gatherings of more than three people are neutral in essence, and they do not aim to prohibit specifically religious gatherings or freedom of movement of the believers or Church representatives. There is no doubt that “indirect” effects of neutral regulations imposed on particular rights and freedoms might affect the enjoyment of religious expression, but they should not be considered as a disproportionate restriction imposed on that freedom.

3. The Sanctions and Penalties in a State of Emergency: Freedom is Slavery

According to the Presidential decree, violations of the regime of the state emergency shall result in administrative liability – a fine of around $1000 for natural persons and $5,000 for legal persons. Moreover, where a natural person commits the same act repeatedly, it shall result in criminal liability, in particular, imprisonment for a term of up to 3 years.

On 23 April 2020, the Parliament adopted amendments to the Criminal Code and Code of Administrative Offences. In particular, the bill supplements the legislation with articles on violations of the rules of isolation and quarantine, which can result in a fine of around $700, and for repeated offence up to 3 years of imprisonment. In addition, violation of an emergency or martial regime, including violation of the rules of isolation and quarantine during this regime, can result a fine of around $1000 and the same act committed repeatedly shall result in imprisonment for up to 6 years.

It is without a doubt that these severe sanctions and penalties do not constitute adequate measures compatible with human rights and fundamental freedoms, for the following reasons. First, the decree itself does not conform to the requirements of delegation of powers entrenched in the Constitution as was argued above. Therefore, introducing sanctions by amendments to the ordinary legislation with proper formal procedures are a superior option at hand. Nevertheless, due to the difference in hierarchy of normative acts, the decree is still applicable to violations of the emergency regime and the legislative amendments do not solve the problem as a whole.

Second, violation of the rules of isolation and quarantine requires the Police to return a person in quarantine or in isolation by force without ex ante judicial control even not in times of emergency, depriving him/her of the right to a lawyer. Although it is permissible by the European Convention on Human Rights to restrict the right to liberty by lawful detention of persons for the prevention of the spreading of infectious diseases, an ex nunc judicial control might not be effective, since the detained person does not have a possibility to receive any kind of legal assistance. In addition, the preventive detention measures introduced in light of COVID-19 are a relative novelty in the Georgian legislation, as similar decisions, such as mandatory treatment of psychiatric patients, are to be authorized by the Court. Therefore, it is uncertain whether allowing such a detention is compatible with the constitutional right to liberty, but this has yet to be tested in the CCG.

Third, we do believe that the sanctions and penalties established by the decree and legislation, amount to inhuman and degrading punishment prohibited by the Constitution. In particular, in accordance with the standards of the CCG, disproportionate punishments, which do not correspond to character and severity of the crime, not only fall within the ambit of the prohibition of inhuman and degrading treatment and punishment, but also violate the mentioned constitutional provision. Imprisonment of a person for up to 3 or 6 years, for repeated violations of rules of the emergency regime (such as not wearing facial masks, or gathering in a group of more than three people, or sitting in the front seat of a car) does not constitute a proportional sanction to the severity of the action. In particular, when the penalties for much more severe crimes such as negligent manslaughter (imprisonment for a term of two to four years), coercion into sexual intercourse (imprisonment for up to three years) etc. are mild by relative standard.

In sum, we do believe that the whole regime of emergency based on Presidential decree, does not conform to an essential requirement to restrict the constitutional rights and freedoms – prescribed by law. Moreover, unequal application of laws to citizens undermines an essence of the rule of law. Finally, established sanctions and penalties for violation rules of quarantine, isolation and emergency regime constitute an inhuman and degrading punishment for purposes of the constitutional right to dignity.

Other posts about this region:
Georgia 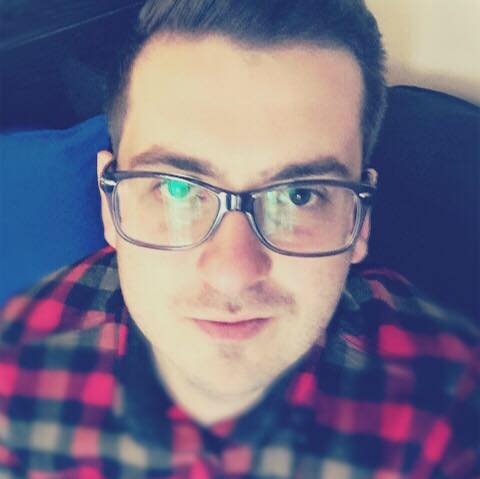