Gibraltar and the „Brexit“ – New Scenarios within a Historic Dispute. A Proposal.

The unexpected outcome of the United Kingdom’s ‘Brexit’ referendum on leaving the European Union may have historic and even tragic consequences for Gibraltar, since it necessarily entails both a reconsideration of the status of Gibraltar and changes in Spain’s perspective on a solution to the dispute. Following Brexit, negotiations on the UK’s withdrawal from the EU will not only pave the way for a new European and international legal framework, but will also create an opportunity for Spain to redefine its relationship with Gibraltar, offering the possibility of new approaches to resolve this historic dispute.

Indeed, the obligation to negotiate a UK withdrawal from the EU will compel Gibraltar to redefine its European legal status, regardless of whether it remains within or outside EU law. This places Gibraltar in the very uncomfortable position of being forced to seek to negotiate a new arrangement within the EU legal framework; unquestionably the framework of greatest practical daily application, together with two other international legal frameworks, namely the Treaty of Utrecht and the UN ’doctrine’ about the decolonization of Gibraltar.

A unique status within the EU

Gibraltar has been in the EC/EU since 1973, as part of the UK’s membership. EU Law is applicable to Gibraltar, not as a territory of the UK as a Member State, but as a European territory whose external relations the UK is responsible for (Article 355.3 TFEU). The specific position of Gibraltar in the EU has its foundations in the status established in the UK Accession Treaty of 1972. As a result, EU Law is applicable in Gibraltar, with some significant particularities. In fact, Gibraltar is excluded from some whole areas of the EU legislation: Customs Union territory; Common Commercial Policy; Rules on the free movement of goods; Common Agricultural Policy and the Common Fisheries Policy; obligation to levy VAT; and the territory of Gibraltar is not part of the Schengen Area, as a consequence of the non participation of the UK. With these exceptions, EU Law is fully applicable, and Gibraltar must comply with all Community legislation that it is not expressly exempt from.

The European framework will continue to apply for at least the two years during which withdrawal negotiations are held. However, the effects of uncertainty could have a very negative impact on the economy of Gibraltar, whose population adopted a clear stance in favour of ‘Bremain’ in the referendum. Furthermore, a possible return to the 1713 Treaty of Utrecht has raised fears of the very probable legality of closing the border, at Spain’s instigation, in the unlikely event that EU law ceases to be applicable in the future.

The unavoidable renegotiation of Gibraltar’s unique status within the EU will inevitably involve Spain, which in 1986 did not question the status endowed in 1972 but may well do so now, in defence of its interests. In the present context, Spain could leverage the requirement for unanimity during the process of negotiating British withdrawal as regulated by Art. 50 TEU; thus, various possible future scenarios for Gibraltar, such as the Norwegian or Swiss models or the antecedent of (reverse) Greenland case, will depend on Spain’s consent. In addition, these kind of solutions that seek to maintain application of the European Single Market to Gibraltar would in practice be unworkable in the international arena, for two main reasons: A) Gibraltar is not part of the British State, and B) Independently of the British legislation that considers Gibraltar a “British Overseas Territory”, its only legal status under International Law -recognised by the UN and the international Community- is that of a non-self governing territory (administered by the UK since 1946) awaiting decolonisation in a process supervised by the UN.

At the same time, Brexit has opened a window of opportunity for resolving this historical dispute, which encompasses both peaceful coexistence between Spain and the small neighbouring community of Gibraltar just over the border, and the question of sovereignty that underlies the dispute with the United Kingdom.

The acting Spanish Government took two important decisions in 2016: it announced the need to negotiate the status of Gibraltar outside the framework of TEU Art. 50, and it proposed a joint sovereignty model to solve the dispute.

The option of joint sovereignty formally presented in September-October 2016 to the UN and to the EU Institutions and Member States, was firmly announced as an overall solution. The basic ideas of this proposal are: transitional joint sovereignty between the UK and Spain, British and Spanish nationality, Statute of Autonomy (Art. 144 of the Spanish Constitution); Spain would assume responsibility for external relations after the UK’s effective withdrawal from the EU; Gibraltar would remain part of the EU; the border/fence and border controls would disappear.

The offer revives measures suggested in previous joint sovereignty proposals. In my opinion, several objective questions can be raised today against the idea of joint sovereignty. The first of these is that following the 2002 referendum in Gibraltar, joint sovereignty has been called into question or discredited. Unlike the Blair/Aznar negotiations in 2001-2002, the UK has adopted since 2007 a different stance, whereby it will not take or advance in any direction on sovereignty without prior Gibraltarian agreement. Even the UN General Assembly’s Fourth Committee (Decolonization) now reflects this British new position in its 2016 Gibraltar Decision. This is why Spain-UK bilateral negotiations do not offer any prospects for progress, and in any case Gibraltar has announced to boycott any move towards joint sovereignty.

Second, the proposal was made unilaterally by the conservative Government of M. Rajoy, without looking for previous supporting consensus inside Spain, formally expressed by the Cortes. And third the most practical problem which is that the proposal inextricably links cross-border cooperation with the resolution of the sovereignty dispute, this creates an impasse given that both the UK and Gibraltar have already rejected joint sovereignty. Anyway, the Blair/Aznar joint sovereignty negotiations showed how complex it can be to reach a complete agreement, given the existence of nuclear “red lines”: for Spain, the temporary or transitional (not definitive) nature of joint sovereignty; or for the UK, the maintaining of exclusive command and control of military bases in Gibraltar.

Is there any alternative in this negotiation deadlock? First of all, we must take into account the fundamental interests of the stakeholders involved: For Spain, recovering some form of sovereignty over the kingdom’s lost city; for the UK, the incalculable strategic value and advantage of maintaining naval and air bases and intelligence operations in the Strait of Gibraltar; and for Gibraltar, consultation and the power to decide on its future respecting its specific identity. For all parties, the problem is of a highly symbolic nature and has a strongly irrational component, but also requires real willingness to compromise in order to achieve an imaginative and enriching solution for all, particularly for Campo de Gibraltar, whose interests the Spanish authorities should increasingly adopt as their own.

I therefore advocate a twofold approach in the current historical negotiating situation for the UK’s departure from the EU: a Modus Vivendi for cross-border coexistence, and in parallel an agreement to seek a new international and European model for Gibraltar, trying to put an end to historical controversy.

In the current situation, it is in the best interest of all to reach an interim agreement for the normalization of cross-border coexistence, which can be adopted according to the known formula in international law of a Modus Vivendi, an arrangement giving rise to binding obligations in order to regulate temporarily a certain situation.

In my opinion, it should be necessary to reach an agreement on – at least – the following aspects. First, the Border/Fence, which is an EU land external border. The issue of controls and fluidity at the border crossing point is crucial for cross-border standardization, especially considering the existence of thousands of workers crossing the border every day, and the new Regulation regarding the reinforcement of checks at external borders. However, there are other peremptory issues. An agreement for the exercise of jurisdiction over navigation in the waters of the Bay. The moment can also be opportune to address Spain’s concerns about financial activities and fiscal transparency. Regarding the airport, negotiate the normalization of its use. It could also consolidate cross-border cooperation, with the creation of a European Grouping of Territorial Cooperation.

The agreement for cross-border coexistence that we call Modus Vivendi could be adopted by UK and Spain considering the continuity of application of EU law. Depending on the respective competencies, Gibraltar, the EU and the regional and local authorities could also be incorporated to the negotiations.

Spain cannot, in my opinion propose a Modus Vivendi, without at the same time raising the claim of sovereignty. In accordance with the resolutions and decisions of the UN General Assembly (1965-2016), it must request negotiations to establish a new and permanent statute for Gibraltar, and which entails the decolonization of the territory and the termination of the Treaty of Utrecht. If we discard the joint sovereignty formula, Spain and the UK could consider exploring new imaginative models, as the Principality of Gibraltar or City of the British and Spanish Crowns, linked to the EU.

Anyway, we must be aware that the current situation is not favourable for the presentation of major initiatives to solve the complex issues linked to the historical controversy, including those of coexistence with the surrounding area of the Campo de Gibraltar. The policy period of confrontation with Gibraltar (particularly the years 2013-2015) also meant the annulment of the Forum of Dialogue 2006 agreements for the normalization of cross-border coexistence. The historical distrust towards Spain is added to the very delicate situation of Gibraltar and the United Kingdom when Brexit negotiations begin. 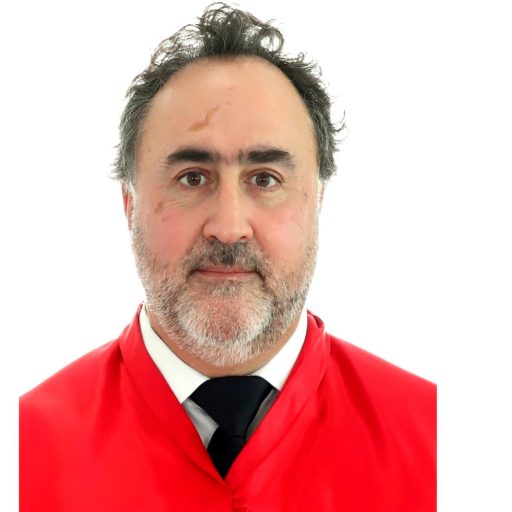