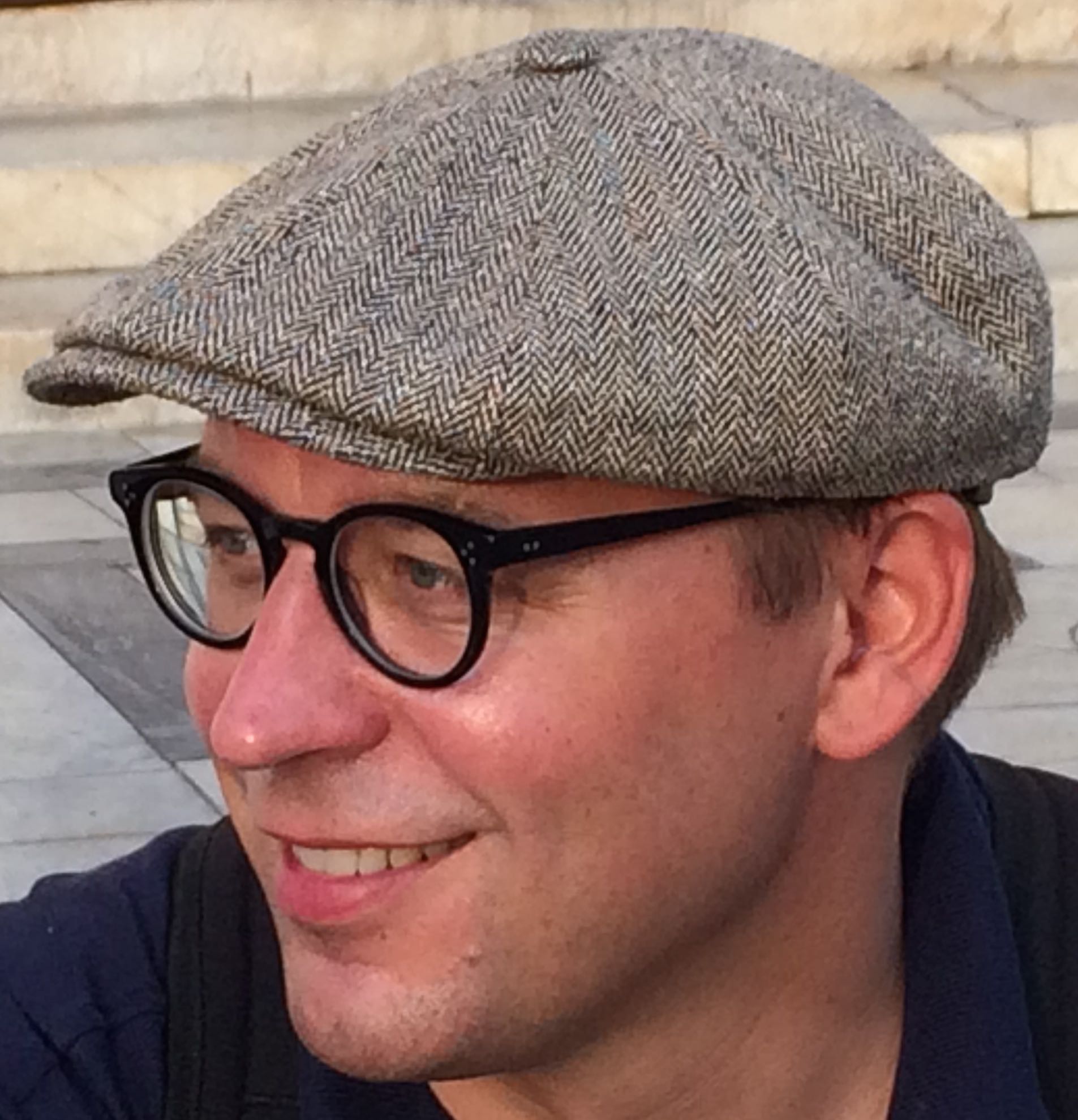 Nudging is hip. Nudging describes the act of pushing someone in a certain direction in his or her own interest. The theoretical basics of nudging are rooted in behavioural economics: Economists have observed that in their day-to-day life people often do not follow the models of Rational Choice. (I am continuously amazed at how enthusiastically and eagerly this insight is presented – maybe, from time to time, it would do economists good to read other literature, such as the Old Testament or Dostoyevsky, for instance.) This irregularity in the rationality of human beings should be utilised to move people towards their own good fortune, but by moving instead of by forcing them, as supporters of nudging highlight, who propagate a ‘libertarian paternalism’. The circumstances of decision-making have an impact on the final choice. Thus, the choice architecture needs to be built in a way that people make the ‘right’ choice despite their behavioural weaknesses. Nudging thus aims at manipulating human behaviour in the interest of the person concerned. The deliberate design of choice architecture substitutes governmental prohibitions and rules. Thus, the conditions surrounding the person taking the decision should be fashioned in a manner that he or she is pushed towards the ‘right’ behaviour – all the while keeping up the pretence of a perfectly preserved freedom of choice.

What set out as a theoretical concept (see for instance Cass Sunstein/Richard H. Thaler, Libertarian Paternalism Is Not an Oxymoron, in: University of Chicago Law Review 54 (2002), 1153 et seq.; later ibid., Nudge, 2008) has long since turned into political practise – the promises of nudging sound just too enticing. In 2009, President Obama officially appointed Cass Sunstein, one of the inventors of nudging, Director of the "White House Office of Information and Regulatory Affairs". Cameron’s government purposefully includes techniques of nudging into its policies. Three consultant positions for behavioural research have recently been created by the German Chancellery in order to take advantage of these insights in the field of behavioural economics, and in that regard, the governmental departments will not be seen lagging behind, either. Last week, within the scope of a nudging event, the Federal Ministry of Justice and Consumer Protection presented a new board of experts for consumer protection issues. Cass Sunstein spoke and conversed with the Federal Minister of Justice Heiko Maas who betrayed a great deal of approval of this approach. Lucia Reisch, chairwoman of the advisory board, also revealed herself to be an enthusiastic supporter of the concept.

The interest politics has in nudging is hardly surprising. Many findings provided by behavioural economics are plausible and nudging promises to deliver a highly effective form of behavioural control without giving rise to resistance – a dream scenario for governments. And, as Sunstein asked his audience in Berlin, surely nobody would want to object as long as ‘the right goals are being pursued’. Who could have any serious objection to longer and healthier lives, to a smart composition of the portfolio of retirement provisions, to unnecessary interest payments, to environmentally responsible, resource-saving behaviour? Nobody, of course. Nudging would allow us to fulfil our real intention. General resistance did not arise at the event of the Federal Ministry of Justice and Consumer Protection. The debate was shaped by specific questions related to behavioural economics.

If nothing else, Heiko Maas at least highlighted the possibility of a potentially sceptical German population not much appreciating governmental paternalism. The Minister’s comment is rather surprising. In contrast to the United States, paternalistic interventions have a long tradition in Germany and are generally accepted. Since Bismarck, Germany has been a pioneer in inventing the welfare state. In addition, and again in contrast to the United States, a libertarian ideology has little relevance in Germany – neither in the formation of political theory nor in political practise. Initially, nudging gained popularity in the context of the political and theoretical battleground of the United States. Sunstein and Thaler recommend ‘libertarian paternalism’ as a way of achieving consensual governance in a country that is deeply divided both culturally and mentally. Politics in Germany does not share these problems; there is no practical need for such a ‘third option’. Among the general public there is a consensus that it is the government’s task to provide financial securities, to implement a moderate level of redistribution, and to ensure social security. The role of neoliberal spectre, long played by the FDP (Liberal Democratic Party), is no longer needed. The German political arena is not characterised by ideological controversies, but rather by the consensus that it is the very pragmatic task of politics to find detailed answers to manageable social problems. In this respect, the new interest in behavioural economics in Germany is hardly surprising. Behavioural economics offer smart technocratic solutions to daily challenges. It holds the promise that politicians can turn the world into a better and safer place entirely without any ideology, which is exactly what the German population demands of politics in Germany and what politics is willing to provide. This explains the relaxed relation to nudging that was illustrated at the event held by the Federal Ministry of Justice and Consumer Protection.

To anyone interested in normative political theory, however, the notion that nudging suits the current political climate is likely to be unsatisfactory. But Sunstein postulates more than just an effective technique of government. He propagates an ‘ethics of nudging’. Sunstein sees the foundations of this ethics in social welfare (Mill, Hayek), the autonomy of persons (Kant), the dignity of human beings and democratic self-government (so he told us in Berlin). To him, nudging is not an option, but a must.

And this is where the problem begins. Which understanding of autonomy is used at which level of the theory? Modern democratic constitutional states are determined by a model of normative individualism: The individual is free to follow the lead of his or her inclinations and interests, while governmental restrictions of this freedom have to be justified. Referring to the ‘no harm’-principle provides such a justification with great ease: Availing oneself of that personal liberty must not injure the rights of third parties. On the other hand, from a normative individualistic point of view, the conditions that would justify governmental paternalism are very limited. A veritable debate in political philosophy (as an introduction see for example: Michael Anderheiden et al. (eds.) Paternalismus und Recht, 2006) revolves around the question as to which requirements shall be demanded and which forms of paternalism can be justified. To John Stuart Mill, founding father of the discussion around paternalism, it was obvious that children and the mentally ill have to be protected from themselves. The average citizen, capable of reason, however, should at the most be subjected to decelerating interventions, in order to balance out any lack in information. This is the point of departure of Sunstein/Thaler: According to them, we often act unreasonably, behaving rather like toddlers.

When framed within the categories of behavioural economics, that observation may be right. But is this enough to annul all principles of normative individualism? Seen from a normative political point of view, is it sensible to abolish all limits to the state’s intervention, while having recourse to the insights provided by behavioural economics? Shouldn’t the normative political theory start from a conception of autonomy – contrary to facts – in which ‘normal’ behaviour is not understood as a deviance in need of correction? The normative claim of this ‘freedom’ cannot be questioned empirically, neither by using observations gleaned by neuroscientists, nor through behavioural economics. Governmental nudging wants to influence human behaviour – and, constituting a form of paternalistic intervention, it has to stand up to the high demands of justification it faces, which come into being where it does not aim at the protection of third parties, but at the protection of the individual from itself.

If I do understand Cass Sunstein correctly, he does not question the need of nudging to justify itself. He simply is of the opinion that the justification does not pose any challenge, as long as the paternalistic intervention is of a libertarian nature, and thus as long as the individual freedom of choice is guaranteed. A school canteen for example should still offer fruit as well as chocolate bars, but through careful positioning of the products induce the pupils to eat more fruit. At this point Sunstein replaces the basic concept of freedom. He justifies nudging by describing human rational anomalies empirically. Hence, the intervention was harmless because the individual could still decide freely. Is that so? What is the precise meaning of a freedom of choice, if choice architecture influenced the decision deliberately? Don’t the findings of behavioural economics argue against the trivialization and belittlement of nudging? Doesn’t nudging also aim at maximizing ‘governmental’ intervention in citizens’ ways of life? Isn’t it all about rather brutal biopolitics in the sense of Michel Foucault, about subtle manipulation to reach self-optimization? Democracy and the Rule of Law have cultivated plenty of provisions to ensure the freedom of citizens against governmental instructions and prohibitions. So far, there are no comparable devices concerning nudging.

The fact that these questions and problems have not been discussed at the so-called ‘Constitutional Ministry’ last week greatly surprises me. Sunstein will be in Berlin again, from 12 January to 15 January 2015, and this time round it will be to participate in a conference held by the Verfassungsblog. Expect the discussion to get a little more controversial then!