‘Girls belong in school, and not in front of the altar’: Is the German Bill on child marriages violating international law?

‘Girls belong in school, and not in front of the altar’: with this media-effective catch phrase, the German Minister of Justice introduced his new draft legislation on child marriages in February 2017. Even though the absolute numbers of child marriages are decreasing in Germany, new data published by the German government on child marriages has caused a political outcry. By July 2016, 1.475 foreign citizens were registered as living in Germany and being married, while being under the age of 18 years and hence being considered as children. The draft foresees two major regulatory interventions: increasing the current age of marriage in Germany and strictly regulating the acknowledgment of foreign marriages under German law. These two interventions are of an inherently different nature; while the age of marriage shall assist in preventing child marriage, the regulation of already existing marriages is a response mechanism to the lived reality of many refugee children.

With regards to the first intervention, the age of marriage, the Bill proposes to establish an absolute age of marriage at 18 years. Thereby, the Bill is implementing a recommendation made in the 2017 Concluding Observations to Germany on the Convention on the Elimination of All Forms of Discrimination against Women and also reflects the recommendations of the CRC Committee in its General Comment No. 18.

However, this seems to be the route the Bill is taking. Under current German law, in particular international private law, the validity of a marriage concluded outside Germany depends solely on the applicable foreign legal statute. This also applies if the foreign legal system enlists different preconditions for the validity of marriage, e.g. a lower age of marriage, than German law. However, this finding can be corrected if a specific case is deemed to violate the so-called ordre public principle. This principle allows for a correction of the general rule if, in a specific case, the acknowledgement of the marriage would be incompatible with the fundamental principles and value choices of the German legal system. Therefore, the current practice of German courts is to conduct a comprehensive assessment in every single case and see whether the acknowledgement of the marriage is, amongst others, in the best interests of the child.

This case-by-case approach shows that the German law acknowledges that child marriage can have various reasons and objectives and that decisions always have to take into consideration the specific circumstances of each case. This resembles the interpretation of Art 3 UN Convention on the Rights of the Child (CRC), the best interests of the child principle, which is one of the guiding principles of the CRC. In its General Comment No. 14, the CRC Committee states:

‘[The best interests of the child] should be adjusted and defined on an individual basis, according to the specific situation of the child or children concerned, taking into consideration their personal context, situation and needs.’

Further, the Committee states that ‘whenever a decision is to be made that will affect a specific child, […] the decision-making process must include an evaluation of the possible impact (positive or negative) of the decision on the child […]’. This interpretation of Art 3 CRC goes hand in hand with Art 12 (1) CRC, which guarantees ‘the child who is capable of forming his or her own views the right to express those views freely in all matters affecting the child [and] the views of the child [shall be] given due weight in accordance with the age and maturity of the child. Art 12 (2) explicitly reiterates this right if a child is involved in any judicial or administrative procedures affecting the child. Therefore, Art 3 and 12 CRC aim to ensure that the best interests of the child are assessed comprehensively, by including the child’s view in the assessment process, in particular in judicial proceedings. This also means that in sensitive cases such as child marriage the child is not only given the opportunity to share his or her views, but also that the Court has to ensure that the child can freely express his or her views, without fear, intimidation or risk of punishment. In its 2014 Concluding Observations on the combined third and fourth periodic reports from Germany, the CRC Committee also urged ‘the State party  [to] strengthen its efforts to ensure that [the best interests of the child principle] is appropriately integrated and consistently applied in all legislative, administrative and judicial proceedings […]’. This proves that applying this principle is of utmost importance for legislative procedures in Germany and hence advocates for a flexible response on issues concerning children.

As mentioned above, minors might not only be forced into child marriage which is often deeply rooted in gender inequality, tradition and poverty – reality is not as simple as that. A Save the Children Survey amongst Syrian refugees in Jordan demonstrated that minor refugees might opt for marriage precedent to the refuge to be better protected against sexual abuse and exploitation on the route. As many couples go through this extremely stressful time together, a strong bond might exist between the partners. Further, the partner is often the only trusted person when arriving in Germany and forcefully splitting the two is definitely not going to facilitate integration into the German society. As much as a strict and prompt response is required if it is a forced, non-consensual marriage, it is equally important to provide for a legal response that does not perceive child marriage as a matter of black and white, but caters also for all ‘grey area’ cases.

However, the drafters ignore these various layers of the complex issue of child marriage and rather take an all-or-nothing approach. With regard to foreign marriages, the Bill foresees different legal consequences depending on the child’s age. Is the child between 16 and 18 years, the marriage can be reversed, which leads to basically the same consequences as a divorce under German law. In such a case, the competent authority has to initiate this process; taking action in such a case is not a matter of discretion, but a legal obligation. The proposed draft only allows for two exceptions: either the child turned 18 years in the meanwhile and has confirmed the marriage, or exceptional circumstances occur that would results in such unbearable injustice that the acknowledgement of the marriage is the only option. As the phrasing of the exception clause is very narrow, only a very limited case-by-case decision is possible and hence, the best interests of the child principle will be violated in most cases.

Even less reasonable is the regulation for marriages if one partner is below the age of 16 years, which foresees to declare all marriages involving a child below the age of 16 years null and void. The difference between reversing a contract and declaring it null and void is not just mere linguistic subtleties, but has tremendous consequences on the respective contract. If a contract is declared null and void, the contract is treated as if it never existed – with the consequences that both parties never gained any contractual claims. Even though this seems like a reasonable solution for a layman’s person (‘let’s just put the child in a position as if the marriage never took place’), this means that the child has no contractual claims against his or her partner, in terms of maintenance, heritage et alii. Even though these needs can be catered for by an additional court decision, it puts the child in a very insecure position in terms of financial support for an unforeseeable time span and forces the child to go through the court system to be equipped with the necessary claims against the former partner. Further, in case the couple already has children, paternity for these children is not automatically established by law, but has to be acknowledged or determined first, which can cause massive delays in the recovery of maintenance.

Therefore, the Bill largely fails to provide for an adequate solution to child marriages, as it contravenes the bests interests of the child principle. Further, it is important to note that the draft provisions reverse the underlying conception of International Private Law in Germany and are hence alien to the system, by establishing national standards which are – without exception – applicable on foreign situations. Ignoring the specificities of each case and declaring the opinion of the concerned child as irrelevant is further inconsistent with the best interests of the child principle in German family law. So objectively speaking, the Bill largely fails to improve the situation for children in marriages and creates provisions which are contradicting the system of national statues.

So the question remains: why all of this effort? The intention of the Bill is transferred clearly in its name ‘Combatting of Child Marriages’. The semantics suggest that yet another fight on a complex social phenomena involving refugees has been declared. And as with many other such fights, the political agenda behind it is more central than the content itself, in particular during election phase. As the phenomenon of child marriages increased with the number of refugees, the moderate German politicians, in particular the social democrats, such as the Minister of Justice, now are urged to show that they are able to come up with tough legal responses, in order to ensure these ‘foreigners’ strictly adhere to the German understanding of the rule of law. As much as moderate parties in Germany are in charge of providing alternatives to the rising right wing parties, it is not entirely sure if partisan profiling on the back of migrant children is the most honourable start to the final election phase.

The information of this document expresses the author’s personal views and opinions and does not necessarily represent UNICEF’s position.

DOWNLOAD PDF
LICENSED UNDER CC BY NC ND
SUGGESTED CITATION  Witting, Sabine: ‘Girls belong in school, and not in front of the altar’: Is the German Bill on child marriages violating international law?, VerfBlog, 2017/4/19, https://verfassungsblog.de/girls-belong-in-school-and-not-in-front-of-the-altar-is-the-german-bill-on-child-marriages-violating-international-law/, DOI: 10.17176/20170419-151909. 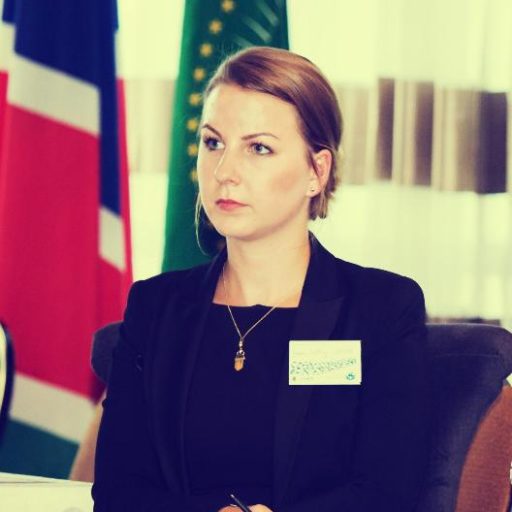 Sabine Witting Sabine Witting is a PhD student at the University of Leiden. Her field of research is the regulation and transnational prosecution of child pornography.

Other posts about this region:
Deutschland 4 comments Join the discussion
to receive information about new articles and services of Verfassungsblog.de. I know that I may withdraw my consent at any time. More information in the privacy policy.
Verfassungsblog complies with the new GDPR.
Read about it in our Privacy Policy. I opt-out
permanently of anonymized tracking via Google Analytics on Verfasssungsblog.de. This will create a cookie on your device to save your decision.
Go to Top