The last President of the Soviet Union, Mikhail Gorbachev, who oversaw its largely peaceful collapse, passed away last week at the age of 91. Despite the praise from Western leaders, Lithuanian’s public view is mostly unaffected by “Gorbamania”. Gorbachev’s reputation in Lithuania was irreparably damaged by the crackdown of January 13, 1991. After failing to seize control of important institutions in Vilnius, Soviet forces killed 14 individuals and injured hundreds more in a bloody massacre. Lithuanians blame Gorbachev for the Soviet tanks leaving their bases; however it is unknown if he was the one who gave an order.

Contrary to the countries outside the former Iron Curtain, Gorbachev‘s legacy in Lithuania is also linked to legal developments, which may not be at an end, even after his death.

Criminal Prosecution After the Crackdown of January 13, 1991

As early as 1992, the Lithuanian Prosecutor’s Office started to investigate the crackdown of January 13th, that involved more than 60 suspects including the highest members of then-Soviet authorities (e.g. then USSR’s minister of defense Dmitry Yazov, etc.); but after delays due to various reasons the case was only finally delivered to the court in 2015. On 27 March 2019, the Vilnius Regional Court of the first instance delivered a judgement that found 65 Russian, Belarussian and Ukrainian citizens guilty of war crimes and crimes against humanity for their involvement in the Soviet aggression on the 13th of January 1991 in Vilnius and sentenced up to 14 years of imprisonment. Only two former Soviet officers – Yuri Mel who was detained in Lithuania in 2014, and Vilnius resident Gennady Ivanov – stood trial in person, others were tried in absentia.

After two years, the Court of Appeal of Lithuania decided to partially satisfy some of the complaints regarding the decision of the court of the first instance and to change the sentences of Yuri Mel and Gennady Ivanov and 14 other convicts. For two convicts the sentences were reduced – for the rest they were toughened. Later, 12 convicts appealed to the Supreme Court of Lithuania. Its final decision was delivered on June 30, 2022, approving the former judgement and only shortening the sentence for one convict.

In this way, Lithuania stands outs from other countries who suffered Soviet violence in the 1990s (Massacres in Baku, Azerbaijan, Tbilisi, Georgia), managing to deliver a final judicial decision in the criminal case, where USSR decision makers were prosecuted. However, since Russia and Belarus would not accept the extradition of the suspects and the majority was tried in absentia there is very little chance that their sentences will ever be carried out. To be precise, former KGB officer Mikhail Golovatov, who commanded the special squad “Alfa” on January 13 which stormed the Vilnius TV tower guarded by defenseless people, was arrested in Austria in 2011, but quickly released by local authorities after one day. Austrian representatives justified this by saying that Lithuania did not manage to present documents needed for implementing the European Arrest Warrant. He died in August 1, 2022. Another suspect, Vasiliy Kotlerov, escaped custody in 2014 after an Italian court decided not to keep him behind bars and imposed house arrest as a lighter measure of detention. Recently, a Greek court also refused to extradite a suspected Ukrainian national.

Gorbachev always claimed that the massacre happened without his knowledge, that he was sleeping when rogue KGB and military officers decided to capture Vilnius TV tower and central television by blunt force. Lithuanian officials attempted to receive Gorbachev‘s testimonies many times since 1992, however the official requests by the Prosecutor‘s Office or courts were either ignored or declined.

Gorbachev never appeared in the criminal case, so his role and liability as a supreme commander of USSR military forces could not be properly assessed. Therefore, some disappointed relatives of the January 13th victims, led by Robertas Povilaitis, initiated legal actions against him. On January 13, 2022, a civil action was filed against the last Soviet leader, that was supposedly mostly symbolic in nature. The legal case was launched by the family of four victims: Vidas Maciulevius, Algimantas Petras Kavoliukas, Virginijus Druskis, and Apolinaras Juozas Povilaitis. In March, the lawsuit was accepted by the first instance court and in May, documents related to the legal litigation were sent to the Russian Foreign Ministry.

After the death of Gorbachev in Moscow last Tuesday, the court terminated the civil case regarding his responsibility for the events of January 13. Under the Lithuanian Civil Procedure Code, when one of the parties to the disputed or determined legal relationship withdraws from the case, and one of such reasons is the death of a natural person, the court replaces that party with the successor of its rights – except in cases where the transfer of material rights is not possible. This could be the case. However, the court ruling passed last Wednesday can still be appealed within seven days.

Legal Battles Are Far Off From Being Over

While the civil case was terminated due to the defendant’s death, the criminal one is still ongoing. Between July 2018 and April 2019, the Investigative Committee of the Russian Federation instituted multiple criminal proceedings against Lithuanian judges, prosecutors, and investigators that were involved in investigating the 13th of January case. As a legal basis for these proceedings, the Articles 299 and 305 of the Criminal Code of the Russian Federation were used, which foresee criminal liability for “bringing a knowingly innocent person to criminal responsibility” and for “imposition of obviously illegal sentence”.

On 14 December, 2020, the Investigative Committee of the Russian Federation announced the continuation of the investigations and that charges according to Article 305 were brought against Lithuanian judges who issued the judgement of 27 March 2019. The proceedings were started against around 10 Lithuanian judges and prosecutors, but Lithuanian authorities estimate that the scale of these proceedings could involve around 20 Lithuanian officials.

The Government of the Republic of Lithuania has strongly protested the decision of the Investigative Committee of the Russian Federation, and has communicated publicly and privately to Russian authorities that the accusations against these current and former prosecutors and judges of the Republic of Lithuania are incompatible with the status of the rule of law; and that these are deplorable, unlawful attempts to exert direct pressure on Lithuanian courts fulfilling their constitutional duty to administer justice in a case of particular importance to the Lithuanian nation.

While Lithuania gained the support of the European Commission and the European Parliament, the struggle is still not over as the risks for those Lithuanian officials remains. Russia may attempt to approach foreign and international authorities to seek prosecution using Interpol arrest warrants or bilateral agreements in cases when the location of suspect’s presence is known. Technically, it is possible to submit an arrest request to individual states without notifying the state of the suspect’s citizenship. The final number of international arrest warrants issued by the Russian Federation cannot be accessed, since the Interpol system functions with some exceptions in order to avoid individuals under warrant becoming aware of this fact. For this reason, the Russian services could have requested Interpol to not list the Lithuanian officials in the „red notices“.

In December 2020, Lithuania asked Interpol to protect the judges from Vilnius prosecuted by Russia. In an official letter on 22 December, the Secretary General of Interpol assured that Interpol will take all necessary actions to ensure compliance with the Interpol constitution and compliance with other rules. In March 2022, at the meeting with the Secretary Juergen Stock in Vilnius, the Lithuanian Minister expressed his/her concern that Interpol channels could be used by Russia and Belarus to persecute opponents of their respective governments. In response, Stock called on Interpol’s members to step up their efforts to provide information directly to the organization, especially in such sensitive cases. Moreover, in the current espionage case where infamous pro-Russian politic Algirdas Paleckis was prosecuted and sentenced for espionage, one of the episodes of the case included gathering private data on officials that were involved in January 13th case.

In a broader sense, these legal struggles over Gorbachev’s legacy in Lithuania and Russia illustrate the shortcomings of transitional justice in former Soviet spaces, as victims of Soviet crimes are at best left with the option to seek only symbolic justice. It further reflects the struggle of former colonies to challenge imperial narratives and to remind about the victims of occupying regimes. And it is yet another attempt of Russia to exert pressure on its former sphere of influence. More importantly, these legal developments reveal that the current international legal framework is not sufficient to address the challenges in the context of the Russian aggression and violation of international commitments.

Other posts about this region:
Litauen, Russland 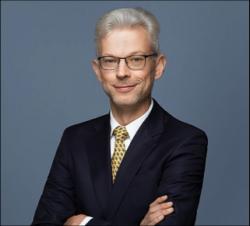 Other posts about this region:
Litauen, Russland No Comments Join the discussion
Go to Top