Hegel on Anti-Vaxxers and Making Peace with the Law

Why We Need Politicians, not Conscientious Decision-Makers

Bringing about peace by legally formalising a majority position and making it binding on the minority seems counter-intuitive. At best, we could hope for the quiet we endure during a curfew, violently enforced by the lackeys of the state. In other words, a graveyard silence under which discontent continues to seethe, waiting to erupt at the next best occasion. Imposing a rule that obliges citizens to inject a substance they deem harmful to their health could only be the ultima ratio of a liberal constitutional state. And yet, I am about to argue that a clear and legally formalised political decision mandating general inoculation could contribute to peace and freedom.

In line with liberal common sense, the federal government thinks that we can alleviate division by restraining from a confrontation with clear political fronts and scaling the conflict down to the level of individual convictions. Consequentially, Olaf Scholz has reverted the political primacy of his office (Art. 65 GG) into telling his ministers that they cannot act as ministers in the debate. The government refuses to assume the role of the political majority that they have obtained in the elections and the coalition negotiations. Accordingly, Karl Lauterbach, entered the arena not as the minister of health but as a (private?) member of parliament. A public issue addressed in political terms morphed into a question of private conscience. The supreme irony of this debate is that the occasional non-minister of health invoked Hegel to argue in favour of a mandate.1)

The irony does not lie in Hegel’s stance regarding mandatory vaccination – which he favoured much more explicitly than Lauterbach’s quotation suggested – but in the role that this government is attributing to law and politics. In the age-old debate, most authors of the liberal canon consider the law to be a necessary evil that sometimes needs to force us to do something we consider contrary to our freedom or to refrain from doing something we regard as its expression. Law is the necessary framework of cooperation in which the individual can live out her freedom. Consequentially, we ought to ask to what extent a behaviour (such as not getting vaccinated) hurts other individuals’ freedom or the system in which the actualisation of individual freedom becomes possible. Such a defensive attitude towards the law understandably produces resentment and division whenever the authorities issue an obligation or interdiction. When giving his lectures on legal philosophy in Berlin in 1824/5, Hegel chose an all too familiar example to illustrate this problem.2) In Bavaria, parents became indignant when the kingdom imposed mandatory smallpox vaccinations for children.

Besides reminding us that civil society has an obligation to make everybody its member, hence forcing parents to send children to school or a vaccination programme, Hegel raises a point that has more significant consequences for the current discussion:

Orders are often resented in this way, as […] in the case of poor rates [Armensteuer], where everyone wants the contribution to be left to his own charity. But this is an incorrect relation in which the individual places [it]self to the laws. The most excellent laws are those which command what humans do on their own; this is the actual true meaning of laws, that nothing is prescribed but what […] human reason does. The regulation only affects the quantum. The law does not prevent what is lawful from being done by people of their own accord. People do not steal, not because it is forbidden, but they refrain from it of their own accord. The command that smallpox should be inoculated in children up to a certain age is not effective for those who do it of their own accord; only to the negligent who do not do it of their own accord does the law stand in an external relationship.3)

This statement does not express a conservative inclination to reduce the role of the legislator to simply codifying existing customs.4) That was essentially the position of his archenemies from the Historical School, most prominently represented by Friedrich Carl von Savigny. Nor did this translate into the liberal common-sense philosophy of making the abstract ‘reasonable man’ the standard of all legislation and for whom a reasonable law would never constitute a restriction of freedom as it does not hinder him [sic] from doing what he wants. In a Hegelian framework, we cannot be free ‘by nature’. That is an oxymoron: as natural beings, we follow our instincts and desires. What enables us to break free of those are habits. Habits allow us to distance ourselves from our biological nature. They range from standing upright5)to observing market rules: we do not work for our immediate needs but for the value we can realise in the marketplace.6) However, these habits are mechanical and their content is contingent. Hegel calls this system of mostly socially mediated behaviour our second nature.

If we want to be free, we need to make these habits our own: something that we are not passively absorbing and following but that is the object of our free self-consciousness. In Hegel’s vision, this occurs in a complex system of civil society institutions and their interconnections with the state. Here, the particular bourgeois transforms into the universal, self-conscious and free citoyen. The ultimate stage of this process is what we can call the political, the part of the state that puts the rationalised will of the community into law.7) We can read the Grundgesetz’s stipulations on the important role that political parties play in the formation of the political will (Art. 21 GG) as following this republican tradition in the spirit of Rousseau and Hegel. The will expressed in the law is not an amalgam of individual wills but dependent on a multitude of collective processes.

In this framework, the law is the formal expression of the process in which reason evolves and comes to public consciousness and freedom comes into being. People born into this society are raised by the law to become its member. For some, this habituation includes a rather exhaustive understanding of laws that they can intellectually appropriate. Others are left with a general knowledge of the common good pursued by the law and trust the ‘lawyers and philosophers’ to mediate its full content.8) Only those who stand in an external relationship to this law and the processes that bring it about experience it as violently ‘enforcing’ the legislator’s will. This categorisation captures reality better than the usual understanding of law relying, in abstraction, in each case on force, always constituting an infringement of individual freedom. That is not how most of us experience and live the law on an everyday basis. Nor does it reflect the experience that countries with vaccine mandates such as Austria, Italy and France made. If anything, Italian anti-vaxxers seem increasingly incapable of the shows of force that they used to display and that their German and Dutch counterparts still do.

In contrast, the idea that ‘Monday walkers’9) would perceive Covid restrictions and vaccine mandates as any less violent just because the debate lingers on for another couple of months and because the final decision was not political, but one of conscience seems almost funny. Is the jab any less intrusive because the Jane and John Does of Parliament, including average citizens like Olaf Scholz and Karl Lauterbach, were told by the little angels of their conscience that this is the only way forward? How about, instead, assuming the political character of the decision and throwing whatever authority the institutions of the Republic have still left behind it? People might well feel freer under the reign of a straightforward political will than under the responsibility evading dictum of conscience of party politicians who pretend to be atomised individual representatives for a couple of days.

I am not suggesting we should have imposed an obligation the very moment the first vaccine got approved. We must not, out of an overzealous Schmittian decisionism, throw overboard the protection the principle of proportionality offers. As essential as the vaccination rate is when it is below the threshold necessary to protect the most vulnerable and the functioning of public health care, it matters little once this threshold is passed. When there is no need to politicise vaccination, we should politicise the challenges that matter irrespective of pandemic emergencies such as inequality and climate change. There is only so much politics we can take in a day. 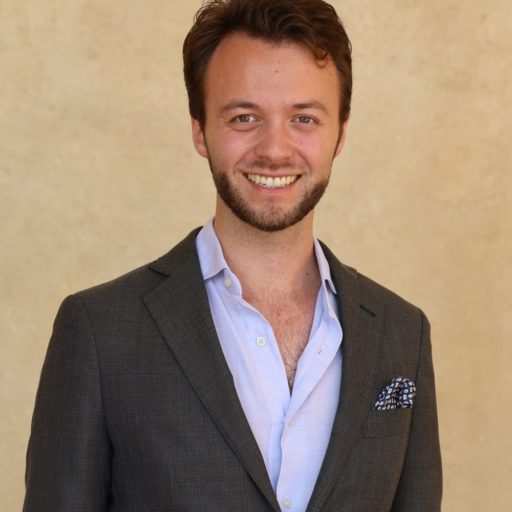