On Sunday, 28 August 2022, four major associations of European judges – EAJ, AEAJ, Judges for Judges, and MEDEL (‘the four associations’) – announced that they would challenge the Council’s Decision of 17 June (‘the Decision’) that releases funds to Poland to help it recover from the COVID-19 pandemic. These funds had originally been withheld by the EU to force Polish compliance with CJEU judgments. The Court has repeatedly ruled the Disciplinary Chamber of the Polish Supreme Court to exist in violation of EU law.

The Council’s Decision sets forth milestones that need to be achieved by Poland to comply with the Court’s judgments. Only then will payments be made. The milestones are (1) the disbandment and replacement of the Disciplinary Chamber; (2) the reforming of the disciplinary regime; and (3) the review of disciplinary decisions already taken by the new Chamber.

The four associations argue that achieving these milestones is insufficient to comply with the Court’s judgments, because they do not require the automatic reinstatement of judges who have already been disciplined. The four associations claim that the Council’s Decision permits continued interference with the independence of the Polish judiciary, and thus tolerates non-compliance with the rule of law requirements under Articles 2 and 19 TEU, and 47 CFREU. This, in turn, prevents the restoration of mutual trust vis-à-vis Poland and its judiciary. Therefore, the Council’s decision is deemed unlawful, because it condones the undermining of the EU’s founding values and the functioning of its legal order.

The significance of this action is apparent. The four associations are seeking to prevent the release of recovery funds to Poland until it has complied with the Court’s judgments in full. In doing so, they are not only reinforcing the Court’s effort to defend the rule of law as a founding value of the Union that is fundamental to mutual trust between its members. They also emphasise that this founding value is common to them, not imposed by the CJEU from the top down.

After initial feelings of respect, or even awe, EU lawyers may inevitably experience cynicism as well. Many will wonder instinctively whether the action will take off, or whether it will be grounded indefinitely by the Plaumann-criteria. Let us therefore use this contribution for initial thoughts on the impact the Plaumann-criteria may have on this action and whether they are still fit for purpose in the face of the rule of law crisis.

Let us begin by outlining the legal parameters of the lawsuit: The four associations are bringing an action for annulment under Article 263 TFEU against the Council’s Implementing Decision, which was adopted in accordance with Article 20 Regulation (EU) 2021/241. Any applicant bringing such an action must have standing before the EU Courts. The requirements vary depending on the nature of the applicant. Assuming they have legal personality, the four associations fall into the residual category of ‘non-privileged’ applicants, who are subject to Article 263(4) TFEU. Since the Decision is not addressed to them, the conditions for standing will depend on the legal classification of the Council’s Decision. If it is a regulatory act, the four associations will have to show that they are directly concerned (the ‘Lisbon-test’). If it is not, they must be directly and individually concerned (the Plaumann‑test’).

Let us first consider whether the Lisbon-test applies, because its conditions can be met more easily. It applies if the Decision is (1) a regulatory act that (2) does not entail implementing measures. The CJEU has defined regulatory acts as acts of general application that are not legislative acts.

The Decision was adopted in accordance with a non-legislative procedure, so it is indeed not a legislative act. Whether it is of general application is less evident. Since Decisions have an addressee, they are usually considered individual acts – unless they apply more broadly. This may well be the case here. While it is true that the Decision specifically approves the Polish recovery and resilience plan, its legal effects will be felt more widely. It requires judicial reforms that would affect the Polish judiciary directly and judicial cooperation throughout the Union indirectly.

The crux is likely whether the Decision entails implementing measures. The four associations argue that the milestones fall short of what the CJEU’s judgments require, and that the Council is therefore acting inconsistently with the rule of law as founding value of the EU. With regards to the milestones and enforcing the Court’s judgments without undue delay, the Council’s decision does not require any further steps to be taken, indicating a lack of implementing measures. Yet, the picture changes when we consider that the Decision is not meant to enforce the Court’s judgments against Poland, but merely authorises the release of recovery funds. The milestones are meant to protect the financial interests of the Union as required by Article 22 of Regulation (EU) 2021/241 and explicitly do not prejudice Poland’s obligations under the Treaties and the Court’s judgments. From this angle, the focus shifts from the Decision to the measures to be taken by Poland in accordance with it. Whether the rule of law is restored sufficiently to re-enable mutual trust between the judges of the other Member States and their Polish colleagues depends on those implementing measures, not the Decision.

If the Lisbon-test does not apply because the Decision entails implementing measures, then the standing of the four associations will be subject to the Plaumann-test, meaning they will have to show both direct and individual concern.

Direct concern can likely be established with relative ease. There is a direct causal link between the Decision and its effects on the four associations. On the one hand, Poland must achieve the milestones to receive the funds, and therefore has no discretion in implementing the Decision that could change its course of application. On the other hand, the implementation of the Decision directly affects the position of the four associations, because the independence of the Polish judiciary has a profound impact the cooperation between judges from Poland and other Member States.

Individual concern is much more difficult to establish. The four associations will have to show that they are affected by the Decision in a way that distinguishes them from all others, as if they were the addressee of the measure. It is well known that this limb of the Plaumann test is only rarely met, and this case is unlikely to be an exception. Although it is true that judicial reforms in Poland affect judges from the other Member States in a very specific way, the same is true for other public authorities and even individuals. For example, whether immigration authorities can transfer asylum seekers under the Dublin III regime is affected as much by the independence of the Polish judiciary as the transfer of criminal suspects under the European Arrest Warrant framework. However, this may be different insofar as the associations represent Polish judges that have been subject to decisions of the disciplinary Chamber. Once the old Chamber is dissolved, these judges could very well form a closed group that meets the conditions for individual effect.

These considerations are by no means a complete or definitive analysis of whether the four associations will have standing before the General Court in their action under Article 263 TFEU. Too little is known about the four associations’ arguments and submissions. However, the above does point to the difficulties that these associations are likely to face and, in doing so, highlights the shortcomings of the current legal regime for standing of non-privileged applications in action for annulment before the Union courts.

The Plaumann-criteria have successfully resisted prominent attempts at revision over the decades. Yet, they were handed down during very different times. Today’s European Union and the challenges that it faces were impossible to foresee when the Plaumann-criteria were adopted or when their reform failed with the 2002 UPA judgment. Since then, the rule of law crisis has cast a new light on the argument that the Treaties provide for a complete system of legal remedies under which individuals can challenge acts of the Institutions through preliminary references from their national courts if they lack standing before the CJEU.

That argument cannot hold in cases like the present one where the independence of a Member State’s judiciary is compromised, and individual’s question whether the Institutions are doing enough to remedy this. The claim that it would be more appropriate for the four associations to bring a case before the Polish courts in this context is absurd.

Firstly, with regards to the substance of the action. It could very well be possible that Poland achieves the three milestones and thereby complies with the Council’s rule of law requirements. The Polish judiciary is deemed sufficiently independent to guard the financial interests of the Union, the release of funds is triggered. But since the milestones are independent of Poland’s general obligations under the Treaties, the Court could still find the same implementing measures to fall short and thus violate EU law. Back to square one with an eaten carrot and a broken stick.

Secondly, with regards to the available legal remedy. If the four associations consider the Polish measures insufficient, because they violate the Treaties despite achieving the milestones, these measures are supposed to be challenged in Polish courts – the very courts that the four associations do not consider independent. They may, of course, complain to the Commission and ask for infringement proceedings under article 258 TFEU, but those are unlikely because the milestones originate in a Commission proposal. The foxes guard the henhouse.

Perhaps the case brought by the four associations marks the moment for the Court to reconsider Plaumann at last. It may be necessary to create an exception to the standing requirements in exceptional cases like this, where a Member State fails to establish a system of legal remedies and procedures which ensure respect for the right to effective judicial protection (cf. UPA, [41]). When the functioning of the EU’s legal order is at stake, the Court must ensure the availability of effective legal remedies – before itself, if necessary.

DOWNLOAD PDF
LICENSED UNDER CC BY SA
SUGGESTED CITATION  Boekestein, Tom: Here We Stand: Initial thoughts on the standing of the four European judges’ associations in their action against the decision to unblock funds to Poland, VerfBlog, 2022/9/07, https://verfassungsblog.de/here-we-stand/, DOI: 10.17176/20220907-230717-0. 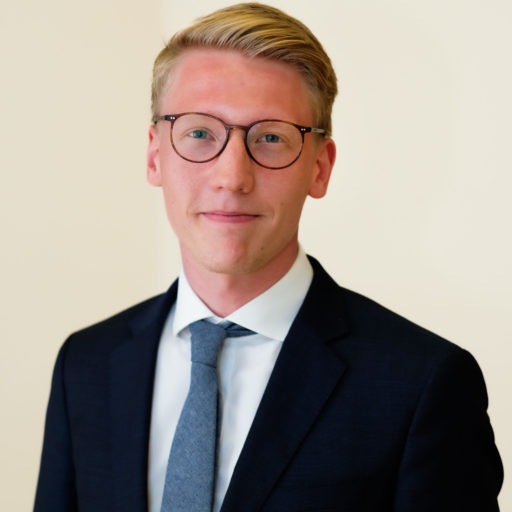 Tom Boekestein Tom Boekestein is a legal secretary at the commission for EU law of the Dutch Council of State. The opinions expressed in this contribution are solely the author's.