Emmanuel Macron presented his program for the next presidential election on Thursday, March 17, at a press conference followed by a question-and-answer session with journalists. Unsurprisingly, his project revolves mainly around identity and security issues, the two themes that punctuated the campaign before the outbreak of war in Ukraine. Emmanuel Macron plans to intensify the efforts to fight against “religious separatism”, to strength the means of the police and justice to fight against insecurity, and to reduce the number of visas for people from countries that do not cooperate with French migration policy. But he also took advantage of the press conference to announce his intention to relaunch his major reform of the institutions to make them work more efficiently. Emmanuel Macron reaffirmed his desire to have a “strong executive power”, that is, a President of the Republic that is not encumbered by too many counterweights. This concern for efficiency is a clear sign of impatience with the democratic process. But by letting the executive power decide alone, the whole balance of powers could be affected.

Emmanuel Macron has not detailed his institutional reform project but everything suggests that he will resume the one interrupted in 2018 by the “Benalla affair” and the “Yellow Vests” movement. At the time, he was considering amending the constitution to limit the right of parliamentarians to amend bills. Emmanuel Macron’s proposal was partly understandable. The number of amendments has exploded in recent years, leading some to say that they have become a means of communication with the government. The constitutional reform project provided for the prohibition of only certain types of amendments. But it included a series of other measures, all aimed at increasing the efficiency of parliamentary work by strengthening the hold of the executive on the legislative process: the abolition of the new reading by the Senate, which is traditionally more independent than the National Assembly, and the prioritization of the agenda of bills deemed important by the government.

The proposed method to reform the institutions reflects Macron’s concern for efficiency. While not all of the announced measures require a revision of the Constitution – for example the change in the voting system and the introduction of a proportional representation measure – they must be passed by the National Assembly and the Senate like any other draft legislation. This is the ordinary legislative procedure. However, the Senate has never disguised its opposition to the institutional reform project. Thus, during his press conference, Macron announced the launch of a “transpartisan commission,” which looks strangely like a way to bypass the ordinary legislative procedure and the Senate’s opposition. The government is also considering dissolving the National Assembly – even if that seems very unlikely – to bring the legislative elections closer to the presidential elections, which are to be held forty-nine days apart this year, a first in the Fifth Republic. With such a large gap, the vote risks being diluted. Some voters might be tempted to choose a party other than the République en marche, which would reduce its majority in the National Assembly. By tightening the schedule, the executive would increase its chances of success.

The President of the Republic thus remains faithful to his conception of the exercise of power: reform and, when a reform is impossible because of a lack of consensus, force his way through in the name of the efficiency of public action. Over the past five years, Emmanuel Macron has been constantly seeking to bypass institutional actors who might stand in his way and to limit their capacity to “cause trouble.” He even made this method his trademark.

The Parliament – a disturbing factor

The institutional reform is part of a larger project to sideline the Parliament, which Macron has accused of not moving quickly enough. The government set the Parliament aside in June 2017 – that is, immediately after Macron’s accession to power – for its first major reform (labor law) by choosing to use ordinances (or decree-laws in other countries) instead of regular laws. The procedure allows the executive to intervene in matters that “are normally the domain of the law.” The authorization takes the form of an enabling law. The executive decides on the content of the text and presents it to Parliament for ratification once it has been drafted. This is a surprising choice for a President of the Republic who only a few weeks ago denounced the “confiscation of democracy.” The use of that mechanism has since intensified. The government has passed three hundred and thirty-six ordinances since the beginning of its term – that is, more than any other government in the Fifth Republic. By way of comparison, this is sixty ordinances more than under François Hollande, already described as a “champion” in this area.

There is also a long-standing debate in France on the abolition of the Senate. Emmanuel Macron has certainly never dared to call for its abolition, but we know that Macron would not be sad to see it go. First of all, for electoral reasons. The “Yellow Vests” movement has passed by and with it the question of the necessity of the Senate. Then for political reasons. The support of the Senate is not assured to the government. Proof is its opposition to the reform of the institutions for which the President of the Republic has called. It has become too much of a counterweight. Some constitutional experts point out – and rightly so – that many European states operate with a single chamber. But they are parliamentary systems headed by prime ministers, who are politically accountable to the legislature. Not so for the head of state in the Fifth Republic.

The influence of the pandemic

Macron’s quest for efficiency accelerated at an unprecedented rate with the management of the pandemic. The state of emergency, hastily cobbled together in a few days by the majority and enshrined in ordinary law, has allowed the government to take a whole series of measures that do not normally fall within its competence. France is certainly not the only European country to have resorted to an emergency regime, but elsewhere – in Italy and Germany, in particular – the executive does not decide alone. Decisions are taken in close cooperation with the regions and the Länder. Germany is a federal state and Italy a regional state, which arguably allows for a more balanced – if inefficient – distribution of competencies. In France, this is all science fiction. It is hard to understand why the government decided to extend the state of emergency for six months last December. The health situation was certainly worrying at the time, but prudence, it seems, would have dictated that the extension be shorter and, above all, that it does not straddle the presidential and legislative elections.

The Constitutional Council which is responsible for verifying the conformity of laws with the Constitution seems to have become a mechanism for early retirement from public life. Emmanuel Macron no doubt wanted to do the right thing by removing the former Presidents of the Republic from this court who, until now, were “members by right” and thus automatically joined the Council once their term of office was over. But this measure can’t solve the fundamental problem: the lack of competence and the politicization of the Council. It is composed almost exclusively of former political figures without any legal competence. The recent appointment of a former senator and minister is a perfect illustration of this.

There is a procedure for parliamentarians to hear from candidates after their nomination to the Council. Introduced by the constitutional revision of 2008, this American-inspired measure was intended to ensure the competence of candidates. Unfortunately, it is a failure. First, because the procedure is entrusted to the law commission of the National Assembly and not to the Senate, which is traditionally more independent from the executive power. Second, the required majority is too large. Three-fifths of the votes cast are required to block a candidacy. Finally, parliamentarians do not always take the exercise seriously, which shows a lack of consideration for constitutional justice in France.

Worse still, the Constitutional Council is becoming a place of cronyism where people are promoted for services rendered. The current President of the National Assembly – who has the power of appointment together with the President of the Senate, the Prime Minister, and the President of the Republic – has nominated the former public prosecutor of Rennes. She was the hierarchical superior of the prosecutor who dismissed the complaint against him in the so-called “Mutuelles de Bretagne” case. By appointing relatives or people who have proven their loyalty, isn’t the majority just trying to secure their support and thus remove one more obstacle?

A threat to democracy

The President of the Republic may want to move quickly, but these decisions are not his alone to make. He must deal with the hazards and annoyances of democracy. The ordinary legislative procedure is long, but it is the only way to ensure that a law is sufficiently discussed and debated. Referral to the constitutional judge may delay matters further, but it is the only way to ensure that the text is in conformity with the Constitution. The Fifth Republic is already sufficiently unbalanced – an imbalance from which the executive is the sole beneficiary – that there is no need to empty the few remaining checks and balances of their substance. 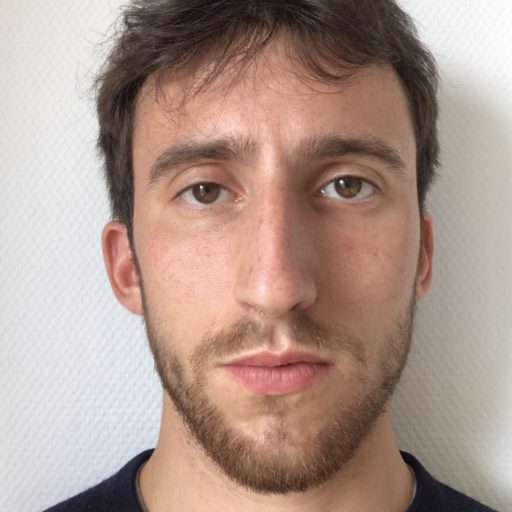 Other posts about this region:
Frankreich 1 comment Join the discussion
Go to Top