How just is the EU, or: is there a ‘new’ European deficit?

Let us face it: the EU affects the lives of many people in ways they perceive as profoundly unjust. Lives are dramatically affected by the policies of austerity, widely understood to be EU-imposed. With the Court of Justice appearing to stand for its own authority and EU autonomy at any cost; with migrants attempting to reach fortress Europe and drowning en masse as the EU cuts back its rescue services; and with economic inequalities in the Member States reaching new heights, could it be that there is a justice deficit in Europe, exacerbated by the European Union? It has never been made abundantly clear whether the achievement of justice is among the EU’s objectives, thus leading to a sub-optimal legal-political reality. There is an urgent need to address the question of justice openly and without reservation, and not to permit nationalists and Eurosceptics to monopolize this debate.

It would not be unfair to say that questions of justice and injustice in the EU context have, despite some notable exceptions, received inadequate attention from political and institutional actors and only rarely been the subject of sustained academic analysis. The fact that the most frequent use of the word justice in the EU context is as part of ‘Area of Freedom Security and Justice’ reflects this neglect, and falls far short of any awareness on the part of the EU of the potential injustices that can be caused by its very design as well as its operation. The negative consequences of this omission for the EU’s legitimacy as well as the general persuasiveness of its constitutional claim are far-reaching. For the EU to survive the justice test, it seems indispensable to start from the premise that the EU over time has emerged as a locus of justice and injustice. Thus, it is appropriate to talk about justice in wider terms and as reflecting current issues in the context of the EU and its legal and political system, rather than confining expectations of justice to the arena of the state.

We argue that the scope of justice applicable to the EU (and indeed to the Council of Europe system) should be considered broadly rather than narrowly. The starting assumption is that it is morally and practically unconvincing to associate justice only with the State. We point to the fact that autonomous sub-state entities address justice claims, and we suggest that international cooperation between states also provides a relevant context for the concerns of justice. The EU is no different in this respect: refusing to view it through the justice lens is entirely unconvincing given the currently advanced stage of European integration.

The standards of justice to be applied to particular institutions should reflect the nature of the goals of cooperation and the extent of the impact their decisions have on the lives of their constituents or those outside their borders. The EU has undeniably assumed considerable power and influence within and beyond its Member States, affecting the interests of individuals, communities, corporations and states. Similarly the Council of Europe has had an unprecedented impact on national political and legal systems. The EU has moved well beyond its initial and primary emphasis on the establishment of an Internal Market and the European polity possesses significant capacity to cause – as well as to address injustice – both within its boundaries as well as externally.

Yet many academic analyses of the European legal reality remain based broadly on the assumption that EU law still largely serves the purpose of shaping a system of economic integration. In a recent edited book (Europe’s Justice Deficit?) we argue that this assumption is outdated, and that the EU is fundamentally concerned with questions of justice as well as injustice. The time has come to think critically about the existence and nature of a perceived justice deficit in Europe, its possible implications for Europe’s future, and to open a discussion about the ways in which such a deficit might be addressed.

The question that arises is, then, how to steer Europe in the direction of justice. Three initial steps should be taken to move closer to justice.

The first step is to acknowledge the problem. Yes, the EU does affect citizens, communities, companies and states including the interests of many outside of its borders. The profound power of the EU to shape legal reality necessarily implies that unjust outcomes may well be the result. The EU is clearly at the very least a potential agent of (in)justice.

The second step is to acknowledge, furthermore, that the EU’s goals, objectives and its acquis– particularly the creation of the internal market – cannot be used as a ‘functional limitation’ argument to shield it from justice claims. The perceived injustices created or exacerbated by the EU cannot be justified by reference to assumptions made at the time of its foundation. The myth that EU action is ‘almost always good’ should be laid to rest, not in order to fuel euroscepticism, but simply in the interests of honesty.

The third step is to align the considerations of justice with those of democracy and legitimacy, which are different albeit closely connected concerns. Arguments have been made in favour of both the politicisation and the de-politicization of the EU, but both routes may create problems. Taken to extremes, both the politicization of the EU (as proposed by Miguel Poiares Maduro) and its de-politicisation through the emphasis on functional specialization (since one of the founding moves of the EEC was to present the internal market in an a-political light) may undermine the concerns of justice. The key challenge is, then, to ensure that the triad of justice, legitimacy and democracy are kept in balance.

It is clear that much thinking is required in order to build the concerns of justice into the existing EU edifice, but it is imperative that we rise to this challenge. 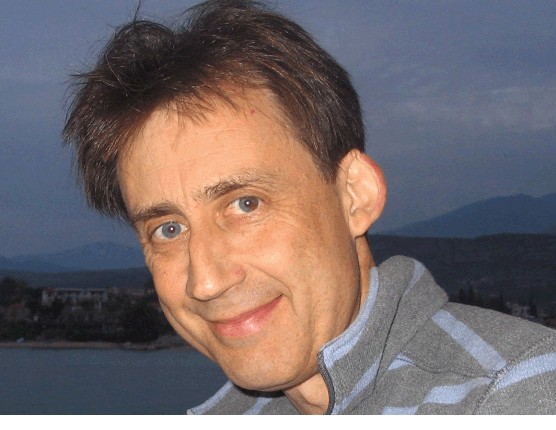 Andrew Williams Andrew Williams is a professor of European, international and human rights law at the University of Warwick, UK.
Other posts about this region:
Europa No Comments Join the discussion
Go to Top