How PiS Plans to Tip the Electoral Scales in its Favour

It is summer, the vacation season is near, and the football World Cup is on everybody’s mind.  It is hard to think about politics these days… It is not a coincidence that the party ruling in Poland has just now submitted a draft amendment to the Polish law on the elections to the European Parliament.

Due to the lack of regulation at the EU level, each Member State has its own domestic rules for the election of members of the European Parliament. This freedom to determine the electoral rules in each country is limited only by the need to ensure that elections are universal, direct, and proportionate. It is also allowed to use a threshold clause, but not exceeding 5%. Moreover, the mandate of a member of the European Parliament cannot be combined with a mandate to the national parliament.

In Polish law, the rules of electing Polish deputies to the European Parliament are part of the Electoral Code (the act applying to all elections in Poland).

The current mode of electing Polish deputies to the European Parliament appeared to be complicated. It combines the Polish tradition of dividing the state into electoral districts with the proportional electoral system. The Polish legislator decided not to treat the entire state territory as a single constituency but to maintain a division into electoral districts, albeit different ones than used in elections to the Lower Chamber of the Polish Parliament (Sejm). It resulted, among others, from the decision and to adopt the system of voting on a specific list by indicating the name of a specific candidate from this list (preferential vote). This way of election, known as the open list, is also used in Poland in elections to the Sejm (the lower house of the Polish Parliament), so the voters are familiar with it. Furthermore, according to the 5% threshold rule, only lists that receive 5% of validly cast votes (counted on a national scale) participate in the distribution of seats.

The system is complicated because it entails three stages of determining the electoral results. First, the number of seats each electoral committee (party) obtains in the European Parliament is determined according to the d’Hondt method, which tends to favour strong parties. At this stage, the number of seats in the entire country are attributed to each electoral committee (party) which registered its district lists. Thus, the whole country creates a kind of „virtual“ constituency, which preserves the positive effects of the principle of proportionality and the representation of various political trends in society.

In the next stage, the seats assigned to each party are allocated to its district lists. The allocation is carried out in proportion to the number of votes obtained by the respective lists (using the Hare-Niemeyer method).

During the last stage of determining the election results, the mandates allocated for the given constituency list will be attributed to candidates from the list in the order of the number of votes they have received.

This model assumes that individual districts do not have a fixed number of seats assigned to them but will always be dependent on the number of votes that the district lists have obtained. That way, even electoral committees whose district lists barely exceeded the threshold of 5% of validly cast votes had a chance to get a mandate.

The amendment proposed by the ruling Law and Justice (Prawo i Sprawiedliwość or PiS) party makes very far-reaching changes in the above-mentioned procedure. The most important is the allocation of a certain number of seats to each electoral district, with the provision that they cannot be less than 3. If the current number of districts (13) does not change, on average there would be 4 seats per district. This change would be a consequence of a decision to determine the number of seats allocated to particular electoral committees (parties) at the level of the district (and not at the level of the entire territory of Poland as before). In practice, this change will significantly deform the final result.

To combine the proportional electoral system with small electoral districts has distorting effects strengthening the electoral results of the strongest party. In result, smaller parties which could be practically deprived of the opportunity to get seats in the European Parliament. It would mean that the 5% threshold would no longer be enough to obtain a mandate, as it would be still required to obtain in the district a support at the level of a dozen or so percent of votes cast.  The principle of proportionality of elections would thus get completely deformed.

Through the proposed amendments to the Electoral Code, the ruling party wants to achieve several goals. First of all, it wants to ensure that small right-wing groupings cooperating with PiS will not try to become independent and prepare their own lists. Secondly, it wants to prevent the electoral success of the emerging opposition parties against the ruling party. So far, the elections to the European Parliament, due to the way in which their results were determined and the low level of participation, were the easiest way not only to gain recognition in the whole country, but also to gain a seat.

An additional effect would be that PiS increases its numbers of seats by the mere fact of increasing their number in the districts located east of the river Vistula. In these districts, the support for PiS remains at the highest level, which is why this party would be the largest beneficiary of such a change. As the first calculations show, just by adopting a fixed number of seats the ruling party could obtain 3-4 more seats.

It also seems that the proposed amendment is an attempt to test the reaction of the society to changes in the rules of conducting elections. If this experiment proves successful, that is without major public protests, we can expect other changes in the Electoral Code, in particular concerning the elections to the Sejm. These changes would probably take a similar form to the currently submitted project, that is, formally avoiding deep changes, they would ensure the success of the ruling party even before the election day.  In the case of elections to the Polish Sejm, the changes could concern, for example, the number of constituencies. Ultimately, the nature of proportional representation would be violated.

Finally, it is worth emphasizing that reforms in electoral law should be rare. An important element is the durability of rules for holding elections and the conviction of voters that the shape of electoral law is detached from current polls. No party should create regulations of the electoral law motivated by its potential success. To ensure this, both the Venice Commission and the Polish Constitutional Tribunal (at a time when it was still able to operate in accordance with the Constitution) warned against changes within a few months before the election. 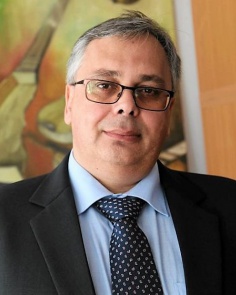 Other posts about this region:
Polen 1 comment Join the discussion
to receive information about new articles and services of Verfassungsblog.de. I know that I may withdraw my consent at any time. More information in the privacy policy.
Verfassungsblog complies with the new GDPR.
Read about it in our Privacy Policy. I opt-out
permanently of anonymized tracking via Google Analytics on Verfasssungsblog.de. This will create a cookie on your device to save your decision.
Go to Top