How Spanish Politics Turned into a Political TV Drama

The flap of a butterfly’s wings in one place might cause a tornado in another or so the chaos theory goes. March was thought to herald a period of calm in Spanish politics, one month after the Catalans had been to the polls and with the next elections in Southern Andalusia scheduled for December 2022. Once the electoral battle in Catalonia was over, a window of opportunity opened for dialogue and cooperation allowing the renewal of the constitutional bodies – some of them like the Judicial Council with a mandate which had expired two and half years prior – and enabling the withdrawal from the impasse in Catalonia after years of bitter confrontation. However, truth is stranger than fiction and a set of unexpected moves and countermoves have resulted in the collapse of two regional governments and a snap election in Madrid. This election anticipates a fierce battle between the two blocs that have dominated Spanish politics since 2015, even more so after vice-president Iglesias‘ decision to step down from government to run in Madrid. The outcome will have a significant impact on national politics, determining the fate of most actors and opening a new political cycle in Spain.

The failure of the liberal third way: Ciudadanos’ quest for survival

On 10 March, the butterfly decided to flap its wings, resulting in the form of a no confidence motion in the Autonomous Community of Murcia, one of the traditional strongholds of the People’s Party (PP). Ciudadanos (Cs), a liberal party undergoing an identity crisis, decided to change alliances and team up with the Socialist Party to put an end to 25 years of rule by the People’s Party in Murcia amid a scandal of irregular vaccinations for high-ranking officials. This suppressive move – the regional ministers of Ciudadanos did not even resign before censuring their own government – would grant the liberal formation its first regional government in exchange for its support of the Socialists in several local governments, including the regional capital. The operation seemed to make sense, at a time of great weakness and between attempts of absorption by the PP, Cs presented itself as an autonomous party, capable of making pacts on the left and the right, and now with the possibility of leading a regional government for the first time. Furthermore, the Socialists dealt a blow to the People’s Party in one of their strongholds and gained a new ally in national politics which would be viewed more favourably in Brussels than Podemos, its current radical left coalition partners.

However, although this “Game of Thrones” was thought to be limited to Murcia – or so Ciudadanos naively believed – in the public eye, this change of alliances threatened Ciudadanos’ other coalitions with the PP in Castilla y León, Andalusia and in Madrid especially. The next move was not long in coming as the President of Madrid, the People’s Party’s Isabel Díaz Ayuso, decided to dissolve Parliament and call a snap election for 4 May fearing a no confidence motion by its junior partner. Although opposition parties tried to avoid elections through filibustering by filing motions of no confidence, the Superior Court of Madrid ruled that elections could go ahead. To add more drama, the Socialists also introduced a no confidence motion in Castilla y León, although this was set to fail as Ciudadanos stayed loyal to its coalition with the PP in that region. Just two days later, the PP announced an agreement with 3 of the 6 MPs of Ciudadanos to become regional ministers in Murcia and vote against the motion (a fourth abstained). In a matter of 48 hours, in a House of Cards move, Ciudadanos lost all its power in Murcia and Madrid, where it will have to face elections on 4 May with polls predicting that the party may not be able to overcome the 5 percent threshold to enter the regional parliament.

In barely two years, Cs has gone from kingmaker, as it could have formed a coalition with the Socialists that would have resulted in a comfortable absolute majority after the elections in April 2019, to becoming a zombie, fighting for survival amidst disastrous electoral results and the disbanding of the party’s membership (down 57 to 10 seats in Congress in November 2019 and from 36 to 6 in the Parliament in Catalonia, where the party was born).

Put it all on red: Iglesias’ gamble for power in Madrid

But that was not the end, the tornado was yet to come. Amid polls predicting that the party may not gain enough support to enter the Assembly of Madrid, Pablo Iglesias, leader of the junior coalition member Podemos and vice-president of the national government, launched a Baron Noir operation, resigning as vice-president, a position for which he had even forced an electoral repetition in 2019, to run in Madrid. This surprising move changed the Spanish political chessboard dramatically. Iglesias justified his risky bet on the need to stop “fascism” that, according to him, would result from the formation of a government between the PP and the radical right of Vox. However, the reality seems to be closer to the fact that the leader of Podemos has grown tired of the day-to-day business of governing and opted to go in search of a new adrenaline rush.

The regional elections in Madrid promise a fierce battle with ample doses of populism. Nevertheless, Ayuso (PP) has already labeled them as a choice between “communism or freedom” while Iglesias reacted with the motto “fascism or freedom”. The outcome will have systemic consequences for the Spanish political system as a whole and will probably lead to national elections sooner rather than later. In the short term, the coalition government at national level will gain stability without a strongly polarising figure like Iglesias inside, but the Socialists’ bet to save Ciudadanos from being absorbed by the PP seems to have failed, accelerating the reunification of the center right. The People’s Party is playing for all or nothing; keeping power in Madrid – likely with the help of Vox – and removing Iglesias from the government in the process would be a resounding victory for Ayuso, maybe even to the point of questioning the current leadership of the PP. For its part, Podemos may have to face the abyss that would result from the failure of Iglesias‘ gamble which could call into question their bid of governing with the Socialists.

In the meantime, citizens are astonished to see how they have become hostage to a political drama worthy of a TV show in which the most important element is next plot twist, without anyone seeming to care about the more than 80,000 deaths caused by the pandemic and the millions of unemployed in the worst economic crisis since the Spanish Civil War. Stay tuned for the next episode with coalition building in Madrid with a tie between blocs being a possibility.

The present article is financed in the framework of the funding scheme “Seal of excellence” of the Autonomous Province of Bolzano/Bozen – South Tyrol, project DATE. 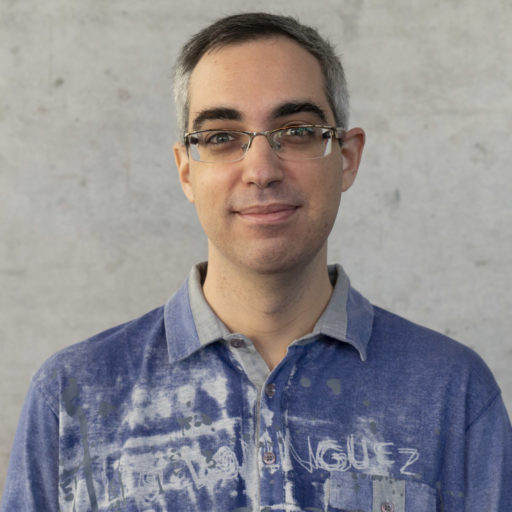