How to Make the Perfect Citizen?

‘How to make the perfect citizen?’ This question might have crossed the minds of the Chinese government officials who in 2014 formulated the idea of a Social Credit System. China is a vast country, with thousands of local units of government, innumerable businesses, and far over a billion inhabitants. Governing such a giant entity, while taking care of rampant corruption, public unrests, and fluctuations in the global and local economies, is not an easy task. Yet, ‘fortunately’ for the Chinese government, the last decade has brought about a huge shift in China’s infrastructure, which has been transformed from a pre-digital ecosystem of cash payments and messy real-world interactions towards an ecosystem of digital payments through Baidu Pay, the online distribution of goods through Alibaba, and the sharing of millions of messages and data files through WeChat. This infrastructure offers new prospects for the Chinese government’s idea of the Social Credit System. It has handed it effective tools to monitor its citizens’ behaviours, giving each citizen a ‘score’ based on behaviour and implementing a connected system of incentives.

The Chinese Social Credit System gets easily likened to dystopian science fiction scenarios in the West, which at least in part seems to be related to the authoritarian character of the Chinese state. However, it seems wrong to assess the system merely in relation to the potentially nefarious tendencies of Xi Jinping’s administration, exemplified by rampant human right abuses, oppression of minorities, and political persecutions. Notwithstanding these terrifying practices, we should assess the Social Credit System in its own right, asking: is the implementation of a Social Credit System leading to a dystopian political system? More specifically, I will ask: is such a system more akin to a digital republic or a digital dictatorship? The answer I will give here is that the ‘making’ of citizens implied in Social Credit Systems both limits the political freedom of citizens to act virtuously and promotes dictatorial rule.

In terms of the technical properties I define a Social Credit System as any system of governance that uses surveillance capacities of the state and/or private entities to trace behaviours of citizens, assigns scores to citizens, and incentivises behaviours by means of awards or punishments based on the scores. I will depart from what I believe is the crucial difference between such a system and other means for either keeping public order or scoring individuals based on their behaviour. This crucial difference lies in (1) tying the score based on multiple behaviours to who someone is, as an entity that persists through time (i.e. to a person’s moral character), (2) as a citizen, and not merely for instance as a taxi passenger (e.g. in getting an Uber score) or a car driver (e.g. in getting traffic penalty points).

With regard to the first issue, I would like to point at considerations for tying offences such as major crimes to a person’s permanent criminal record and for excluding minor offences from such a record. Tying offences to a permanent record entails something about the person in question: they become part of someone’s history as a good or bad citizen in the eyes of the public. A Social Credit System extends the notion of a permanent record tied to a person to a great many kinds of everyday behaviours. The second point can be illustrated by referring to the notion of civic virtue invoked by the Chinese policy document on the Social Credit System, which does not merely relate to being a good civil servant or being a good consumer, but to being a good citizen. In other words, it is not just the score but also its integral character (i.e. linking heterogeneous activities such as jaywalking to having access to train tickets) that sets it apart from other scoring systems.

Essentially, a Social Credit System aims to make good citizens, qua citizens, through promoting certain civic virtues such as ‘trustworthiness’. This aim seems to resonate with republican thought, which emphasises the vital importance of the cultivation of civic virtue. However, I believe that the dispositions cultivated by a Social Credit System cannot be rightfully designated as civic virtues, for two reasons: (1) because a score constitutes an aim external to any ‘virtuous action’, and (2) because the resulting activity tends to conformity rather than to distinction in the public sphere.

First, as Aristotle1) indicated, we can consider three ‘ultimate goods’ of action – pleasure, honour and eudaimonia. Pleasure and honour are not self-contained, meaning that pleasure depends on some external stimulus (e.g. consuming food) and honour on the external approval of others (e.g. having a certain reputation in making a work of art). Only actions aimed at eudaimonia are self-contained, meaning that their aim is achieved in acting (e.g. courage is attained in acting courageously). Virtue, according to this reading, is the disposition that aims at eudaimonia and does not entail aiming at anything external, such as money or reputation. A Social Credit System seems to contradict this notion of virtue. On the one hand, it promotes activities such as labouring for the community because it offers a standard of reputation, which can be a source of honour – for instance, in aiming at getting the highest credit score in the neighbourhood. On the other hand, it promotes activities based on expected pleasure (e.g. receiving discounts on certain consumption items) or pain (e.g. being put on a blacklist).

Second, as Hannah Arendt2) argues, virtuous action requires of a citizen to be able to distinguish her/himself in the public sphere. Crucially, this means that the outcomes of a citizen’s actions can always be unexpected because they constitute what might be an exceptional, hence ‘excellent’ activity. In other words, acting virtuously is not merely acting in an agreeable manner or following known social conventions, but means standing out by distinguishing oneself. This notion of the distinction entails that for virtuous actions there can be no fixed measurements or standards based on past, generic behaviours. A Social Credit System, again, contradicts this notion of virtuous action. In order to score citizens, a certain list of categories or a catalogue need to be established, based on observable, expected behaviours that lead to either positive or negative evaluations. For instance, donating money to charity is a measurable, observable type of behaviour that could be positively evaluated. However, it in no way constitutes an activity by which a citizen distinguishes herself in the public sphere. By subjecting ‘good’ and ‘bad’ actions to upfront categorisations based on what can be expected and measured, a Social Credit Systems promotes conformity and therefore demotes civic virtue.

Hence, it is highly questionable that a Social Credit System would lead to the emergence of a ‘digital republic’, neither in China nor elsewhere. Would it contain a tendency towards digital dictatorship? To answer this question, we would first need to establish the meaning of dictatorial governance. This type of governance derives from the master-slave relation of the ruler and the ruled, which is characterised by the absence of political freedom. I argue that Social Credit Systems contain a tendency towards dictatorial rule, which I will explicate according to (1) its output (i.e. the resulting behaviour of the ruled) and (2) its input (i.e. the method of governance applied by the ruling).

Firstly, I claim that the Social Credit System promotes ‘slavish’ behaviour. Being a slave means essentially to be unfree, which can be explicated as (1) being subject to necessity (i.e. having to ‘make a living’ through labour) and (2) being excluded from the public realm, in which one can act and speak amongst other citizens. By linking civic behaviour, such as having online discussions, with production and consumption, such as having access to train tickets or cleaning the neighbourhood, acting on the incentives mechanisms of a Social Credit System can become part of life’s necessity. Certainly, many of the behaviours linked to the categories of the Social Credit System remain in a certain sense voluntary (e.g. one can choose to donate to a designated charity), but reckoning with the social credit score itself becomes a necessity. In Arendt’s terms, civic behaviour in the public realm gets progressively transformed into labour, the human activity aimed at continual production and consumption, which is essentially an unfree activity. The more people’s lives are dominated by a-political or anti-political concerns ‘in public’, such as by labouring for the sake of the social credit score, the less they are free to participate in political activities. Hence, the more citizens will have to reckon with the effects of their everyday actions on their credit scores, the less they will be free to engage in political action in the public sphere.

Secondly, I argue that the type of governance involved in a Social Credit System promotes master-like rule. The prototype of such rule is the mastery of a craftsman over his craft, because it implies full control over both means (e.g. materials, instruments) and ends (e.g. function of a technical object). For this reason, Plato likened his ideal statesman to a craftsman, who would use his social engineering skills to control his populous. It is not hard to see how the Social Credit System implies an effort of social engineering, but what sets it apart from other forms of social engineering is its instrumentalisation of the citizen. While the factory would instrumentalise the worker, the worker would be free from its control outside of its walls and outside of the bounds of the working day. Citizenship, however, permeates public life, which led Aristotle to ask whether the good citizen is in any way different from the good human being. The underlying notion of a Social Credit System is therefore that the ruler, be it one man or a collective, instrumentalises his subjects, and treats them as means towards a definite end – which in China’s case is social order and the centralised power of the Communist Party.

To conclude, I argue that we ought to be suspicious of Social Credit Systems like the one that is implemented in China, because of their tendency to demote civic virtue and promote dictatorial rule. However, we need to make some reservations concerning this conclusion. First, I argued from a perspective of Western political philosophy that will likely be incompatible in certain respects with Chinese, notably Confucian political philosophy. Second, it must seem obvious that matter of scale and scope of any Social Credit System should not be neglected. Even though we did not discuss those, it becomes immediately clear that a scoring system is less problematic when applied to a limited set of activities (i.e. limited scale) or not to a person qua citizen but only for instance qua responsible traffic participant (i.e. limited scope). 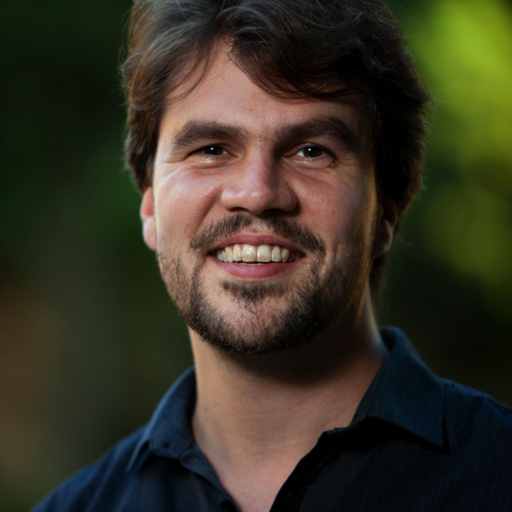 Wessel Reijers Wessel Reijers is a Max Weber Fellow at the European University Institute, whose research focuses on philosophy and ethics of technology, governance, and citizenship.