How to Overcome an Anti-democratic Heritage

What Turkey Can Learn from the Constitution-Making Process in Chile

Chile and Turkey appear to be more similar than one would initially imagine. In both countries, neoliberal policies were implemented through constitutions made under the shadow of military dictatorships. For the last half-century, the development of democratic culture in both countries was undermined by military coups and military governments using anti-democratic methods. Although both constitutions are still in force, they lack legitimacy and are criticised for being a product of “military tutelage.” For this very reason, they have been amended frequently throughout history, but neither the neoliberal nor the military heritage could be erased.

However, in late 2019, Chile has taken off from its old path to become a more democratic state that rests on social justice and gender equality by generating a new constitution through intense popular participation and equal political representation. Chile’s recent efforts could light the way for Turkey, which is seeking to amend its constitution, too. Will it be able to eliminate the anti-democratic heritage of the 1980s?

Changing Old Paths for a New Constitution-Making Process in Chile

Lacking popular legitimacy, the demand to amend the 1980 Constitution of Chile, has been constantly expressed by various social groups until today. In this regard, the impact of the feminist movement should be underlined, which took the lead in various instances, such as the “Ni uma a Menos” movement in 2016 and the feminist “tsunami” of 2018. Eventually, when the economic crisis in 2019 added to this lack of legitimacy, an environment to establish a new constitution occurred.

The output of this was the plebiscite held on October 25, 2020. With an approval rate of close to 80%, it was decided to draft a new constitution and to establish a Constitutional Convention solely with the purpose of drafting this constitution. Crucially, it has been decided that there will be equal representation of gender in the Convention and that 17 seats are reserved for indigenous people of Chile. Moreover, gender equality must also be provided in the launching of candidacies by the parties and the independent list (Pueblo list). Election for members of the Convention was held on May 16, 2021. Although voting was not compulsory and held under the circumstances of the Covid-19 pandemic, there was intense popular participation both in the plebiscite and this election.

An interesting detail about the election, the number of women overwhelmed the number of men in terms of both the candidates and the elected persons.1) But, because of the provision of equal representation by gender, eleven seats were given to men who had received less votes than their female competitors in the elections. The elections for councillors, mayors, and governors were held on the same day as the election for members of the Convention. Although the gender quota was applied to the candidature process in both elections, the quota for seats was applied only in the Convention’s election. After all, while almost half of the Convention is composed of females (77 out of 155), only 39% of councillors, 23% of mayors, and 16% of governors were elected from female candidates. The results highlight the quotas’ effectiveness to provide gender equality within the Convention.

According to the Article 32 of general rules of the Convention the use of words, the language of the texts, and communication will be guided by respect for gender as well as the observance of parity in the composition of all bodies; that is, the number of males cannot exceed 60% of the seats in any organ of the Convention. In both elections for the Convention’s presidency, the majority voted in favour of a woman. Elisa Loncón, a teacher of Mapuche origin, and María Elisa Quinteros became the first and second presidents of the Constitutional Convention. Therefore, it is fair to assert that the regulations to guarantee both gender equality and the representation of minorities have promoted the principles of gender parity and plurinationality.2)

The Importance of Public Participation

After the election of its members, the Convention has elected its Executive Board and has defined and established thematic commissions. Most notably, it has come up with specific deliberation and decision-making procedures to promote popular participation, like the system of cabildos. Cabildos are not more than meetings of groups of people who debate what they expect from the new constitution. They can be held in any place, in neighborhood associations, civil organizations, or universities. Even in prisons, cabildos are promoted with the aim of guaranteeing the participation of all Chilean citizens.

There are further instruments established by the Convention to promote popular participation. For instance, the public may participate in the constitution-making process by submitting suggestions in a virtual way or via direct involvement and thematic public meetings. Another tool is a provision for holding a referendum called diriment. Generally, a norm must be approved with an absolute majority of 2/3 of the Convention to become a provision of the draft constitution. According to the diriment provision, if a norm was only approved by a simple majority, it shall be put to a referendum. On condition of mandatory voting, it will be determined whether the norm should be part of the draft Convention.

So far, there are several draft provisions that various commissions have prepared. But before those provisions can be put to vote, they must be approved by a mechanism called transversalización.3) Transversalización is the legal responsibility, which is carried out by a special commission, to analyze the entire text and determine whether it is in accordance with gender perspective, territorial equality, plurinationality, and interculturality.

If a provision passes all these procedures, it will become a new constitutional provision for Chile. The only aspects that cannot be changed in the new constitutional text are the character of a democratic republic, the signed international treaties, and the procedure of approval and amendment of the constitution. Once this drafting phase is completed, the so-called exit plebiscite will take place. In this mandatory referendum, which will take place on 4 September 2022, the people of Chile will either approve or reject the text produced by the Convention. If the text is approved, Chile will have its new constitution.

As of March 2022, there are already several draft articles approved by the Constitutional Convention of Chile. Although those provisions are yet to be ratified by the public through the final plebiscite, they reflect the success of the constitution-making process. As discussed by Bonnecke, the Convention uses the constitution as an instrument to struggle against inequalities and promote gender equality. With the first articles approved, the country switched from a unitary state to a regional state by accepting the autonomous lands of the indigenous people. Altogether, emphasizing plurinationality and interculturalism and solidarity amongst autonomous territorial entities in Article 1 shows the desire to establish a democratic country. In that sense, although there are concerns that the process may fail, we believe that the intense popular participation and the diverse composition of the Convention nourishes hope against populist constitutionalism and that it could be a lesson for democratic constitution-making for all countries.

Demands for a New Constitution in Turkey

In Turkey, where the constitution was made under the military coup administration, demands for a new constitution are constantly being voiced. Although the 1982 Constitution was amended 19 times, and many more efforts have been made, the anti-democratic heritage could not be erased, and all these processes were made taking a top-down approach. Even the very first civil constitution-making process in 2011 was carried out in the centre of the “Constitutional Reconciliation Commission” formed by representatives of four parties in the parliament. Although there have been significant contributions from civil society, the process ended with a failure in 2013 because the party representatives could not reach a consensus.

After the coup attempt in 2016, Turkey amended its constitution in 2017. Through this amendment, Turkey switched to a presidential regime that equips the President with broad powers in legislative and executive spheres. However, with the collapse of the Turkish economy following the amendment, even the President himself emphasized the need for a new constitution.

In the meantime, six opposition parties formed an alliance and started preparing a new constitution. Their main argument is that the presidential regime, which lacks checks and balances, not only caused a democratic backlash but also economic instability. Considering that both the ruling party and the oppositional alliance have expressed their concerns, it would be fair to assume that a new constitution was not out of reach. Although it is not clear whether the opposition will receive sufficient votes in the next election to amend the constitution, the initiated process should be taken seriously: currently, the alliance is expected to receive more votes than the ruling party, and it claims to restore democracy through a new civil constitution.

The Shortcomings of the Opposition’s Proposal

In the course of several meetings, the oppositional alliance agreed upon several constitutional principles to establish a “strengthened parliamentary system.” The proposal mainly promises to return to the parliamentary system, to strengthen the balance and control mechanisms, to increase the power of the legislature, further to provide geographical assurance to judges to reduce political interference in the judiciary, and to strengthen fundamental rights and freedoms.

Then again, the alliance’s efforts can be considered as somewhat limited: Half of them were part of the ruling coalition until recently,4) and more importantly, the second and the fourth largest opposition parties in the parliament – the People’s Democratic Party and the Workers Party of Turkey – are not part of this alliance. Because of its limited character and aiming only to change the presidential regime, not the authoritativeness itself, the alliance cannot necessarily restore democracy, argues Ekinci. Indeed, although their constitutional proposal promises significant progress, when we examine the constitution-making process that the alliance has pursued so far, it is evident that the dream of restoring democracy is beyond reach.

Several reasons speak against this project. The proposal of constitutional principles was agreed upon, prepared only by six male party officers. In other words, the alliance did not only exclude left-wing parties in the parliament; public participation has been absent all the way. In this sense, the proposal is far from the landmarks the Chilean constitution-making process set. While in Chile public participation is promoted through several instruments, the Turkish opposition prepared its proposal through meetings behind doors. How could the constitution-making process embrace the whole society under these conditions?

Having constitutions with heavy military heritage, Turkey and Chile are to some extent similar countries. However, Chile has settled for a new constitution-making process that promises to exit this paradigm. Democracy is a culture, not a political tool, and it can be fostered by institutional mechanisms. It is not about holding plebiscites and asking people whether they accept the text that was built for them. It is about building the text together. Chile seems to have understood that.

Turkey, instead, appears to be far from changing its constitution-making tradition. In fact, even the opposition’s efforts claiming to restore democracy are a long way off being truly democratic. The Chilean constitution-making experience could light the way for countries seeking to transition their military heritage to civil democracies. Establishing mechanisms like those developed in Chile may be a first step for Turkey. Time will tell whether Turkish constitutionalism will undergo such a transformation.

DOWNLOAD PDF
LICENSED UNDER CC BY SA
SUGGESTED CITATION  Kayhan, Mehmet Botan; Mariel, Nathália: How to Overcome an Anti-democratic Heritage: What Turkey Can Learn from the Constitution-Making Process in Chile, VerfBlog, 2022/4/11, https://verfassungsblog.de/how-to-overcome-an-anti-democratic-heritage/, DOI: 10.17176/20220412-011051-0.

Other posts about this region:
Chile, Türkei 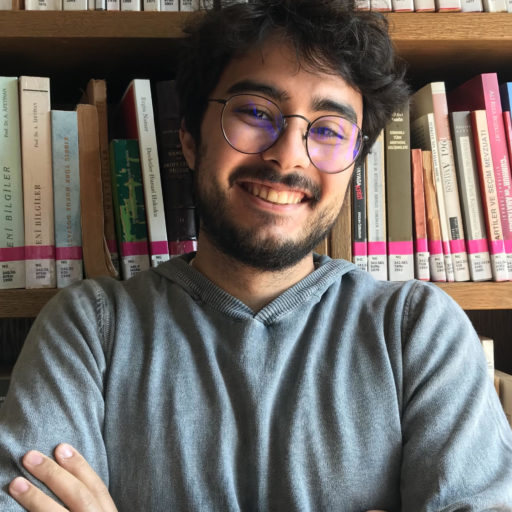 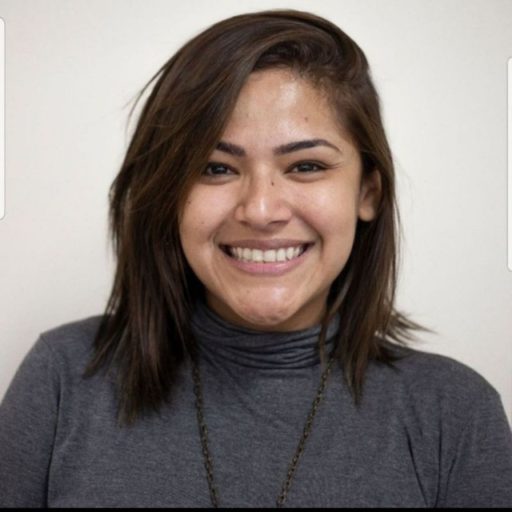 Other posts about this region:
Chile, Türkei No Comments Join the discussion
Go to Top