In 1999, the Human Development Report called for stronger international arrangements to govern people in a globalized world, stating:  “the present era of globalization, driven by competitive global markets, is outpacing the governance of markets and the repercussions on people….  An essential aspect of global governance is responsibility to people – to equity, to justice, and to enlarging the choices of all.” As the 21st century sped into an era of hyper-globalization, new global institutions are urgently needed to protect the public interest.  The  architecture of global health emergencies is a case in point.  Its core agreement, the International Health Regulations (2005) (IHR) remains state centric, catering to national interests, bound to colonial epistemic frameworks, and silent on market power that can trample on human rights.  The age of hyper-globalization requires global institutions that enable global –  collective – responses to contain pandemics worldwide, that build  on international solidarity and human rights norms, and structures that break free from North-South hierarchies of power and knowledge.

From surveillance to global response

Although the ultimate purpose of the IHR is to protect people from health threats, its objective is not to manage epidemics domestically but to prevent their spread beyond national borders. As Ramakrishnan Gopakumar points out, the IHR is a framework in which the legal obligation “is effectively reduced to inform WHO on the outbreaks. It is an apparatus to maintain the surveillance system to fulfill the above obligation.”  Yet the risk we face in this era of hyper-globalization – with intense flows of people and goods, globally integrated and interdependent economies and lives, and high risks of zoonosis – is another COVID-19, a deadly novel virus that has defied the capacity of the most equipped nations to contain, let alone prevent its outbreak.

The experience has demonstrated the inter-dependence of countries in containing the pandemic in which ‘no one is safe until everyone is safe’; lack of capacity in one country to contain the contagion poses a threat to people elsewhere in the world of open travel.  Though the 2005 revision of the IHR introduced the obligation to develop ‘core public health capacities’, these capacities focus on the prevention of cross-border spread rather than on implementing domestic containment measures such as case identification/tracing/quarantine, non-pharmaceutical interventions such as social distancing and hygiene, public communication and building trust, treatment, or mass vaccination.  It is therefore not surprising that many countries that had high public health capacities prioritized in the IHR have experienced widespread deaths from COVID-19. Countries such as the US and UK that rated high scores in Joint External Evaluation (JEE) reports for IHR implementation have some of the highest mortality rates from COVID-19, while countries with low JEE scores have had very low rates; overall, the Independent Panel for Pandemic Preparedness and Response concludes JEE scores have shown no predictive value for vulnerability to COVID-19 pandemic deaths. Similar conclusions are drawn for the scores from the State Party Annual Reports, and from the widely referenced Global Health Security Index.

Faced with COVID-19, there has been little disagreement that a global response is needed to contain pandemics.  As 25 world leaders stated in their call for a new pandemic treaty: “No single government or multilateral agency can address this threat alone”.  The past two years have demonstrated the critical role of global cooperation, not only in information sharing, but in the provision of public goods, notably vaccines. The failure of international institutions to mobilize the full potential of global technologies for the ‘people’s vaccine’, the supply shortage to meet global need, and the inequitable distribution is not only a moral failure but a public health policy error that is prolonging the pandemic.

The 2005 revision of the IHR included specific norms for international cooperation, among them Article 44 that refers primarily to public health capacity.  But this takes a minimalist approach, limited to collaboration and assistance amongst states ‘to the extent possible’ in building public health capacities in the form of activities such as mobilization of financial assistance and technical cooperation.  It is premised on the idea that a lack of technical and financial capacity in the Global South is a risk for the Global North.  It is a state-centric approach to cooperation rather than one based on the need for global solidarity in an inter-dependent world.  This minimalist approach to international cooperation is entirely inadequate to develop global public health responses – such as the development of vaccines, diagnostics, treatments – as global public goods.  It is also inconsistent with the conception of state responsibility in international human rights law.

The  UN  Committee on Economic, Social and Cultural Rights has emphasized the global responsibility of states, noting that ‘states have a duty of international cooperation and assistance to ensure universal equitable access to vaccines wherever needed’ (para 9).   Moreover, states have an extraterritorial obligation, for example that ‘corporations domiciled in their territory….. do not violate these rights abroad’ (para 8).  These global obligations stem from the Right to Health, but also particularly from the Right to Development (RtD).  As asserted in the 1986 Declaration on the Right to Development, ‘States have the primary responsibility for the creation of national and international conditions favourable to the realization of the right to development’ (Article 3), and goes on to spell out the ‘duty to take steps, individually and collectively’ for that purpose (Article 4).

This neglected and controversial Declaration lays the groundwork for addressing gaps in global governance as an obstacle to full enjoyment of human rights in the age of globalization.  The RtD Declaration takes forward the idea laid out in article 28 of the Universal Declaration of Human Rights that states “Everyone is entitled to a social and international order in which the rights and freedoms set forth in this Declaration can be fully realized”.  The Declaration introduces important innovations in departing from the concept of human rights as a protection of individuals against abuse by their own states, and recognizing that actions of states impinge on people outside their borders, and state ability to fulfill human rights are limited by international structural arrangements.  It articulates a ‘universal entitlement to a human rights-based international order’ (100).

In the context of the global governance of health emergencies, the RtD Declaration articulates why states must address the international structural arrangements such as intellectual property agreements that impinge on universal access to vaccines.  In contrast to the minimalist scope of international cooperation in the IHR, the RtD requires states to act proactively, stating “States have the duty to co-operate with each other in ensuring development and eliminating obstacles to development… and to promote a new international economic order based on sovereign equality, interdependence, mutual interest and cooperation among all states’ (Article 3.3).

Challenging hierarchies of power and knowledge

The IHR reflects the political economy and geography of global health emergencies that is preoccupied with outbreaks of infectious diseases coming from the Global South that threaten the health of people in the Global North.  The assumption was that the Global North would have the technological and financial capacity to respond to an alert.  Yet the geography of COVID-19 has challenged these underlying assumptions as the outbreak in early 2020 spread rapidly and globally, but with epicenters concentrated in Europe and North America.   Ironically, low and middle income countries of Sub-Saharan Africa and Asia responded more effectively to containing the contagion through 2020, using conventional low-tech public health strategies.  Prior to the advent of the game changing vaccines and variants, these countries kept mortality rates far below world average levels.  Yet there is little interest in the international community in learning from these experiences and public health methods and strategies that were used while global knowledge on pandemic response continues to be dominated by public health theories and practices of the Global North.

Since the 1999 Human Development Report called for governance of markets and its repercussions on people, the pace of globalization accelerated, and the power of private actors in shaping global health structures in their self-interest has increased.  Despite public exhortations about vaccines as global public goods, governments of the Global North have worked to preserve vaccines as private property.  While governments financed much of research and development, pharmaceutical companies retain the intellectual property and now  control supply and distribution. Governments do little to support transfer of technology to scale up worldwide manufacture, and almost all resist the proposal supported by over 100 countries for a  temporary waiver of the TRIPS agreement provisions on intellectual property for pandemic related technologies.

Setting out new norms and arrangements for the provision of global public goods for pandemic preparedness and response should be a centrepiece of a new legal instrument that is capable of challenging market power, and builds on human rights principles in synch with the age of hyper-globalization

Explore posts related to this:
COVID 19, Law and Development, Pandemic 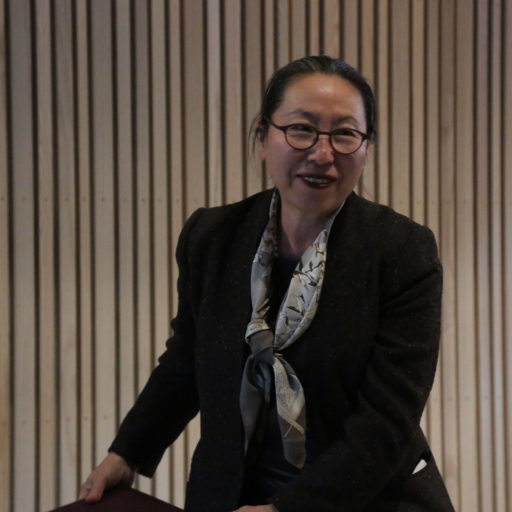 Explore posts related to this:
COVID 19, Law and Development, Pandemic