Hungary, Poland and the “Community of Fate”

In February 2022, the ECJ delivered a ruling in cases brought by Hungary (C-156/21) and Poland (C-157/21) against the Parliament and Council. Not only did the ruling uphold the regime of conditionality for the protection of the EU budget, laid out in Regulation 2020/2092; it also entered into the domain of European constitutional identity, offering a rejoinder to the populist challenge raised by those member states. Instead of undermining the European commitment to the rule of law, by daring the Court to respond, Poland and Hungary may have inadvertently consolidated the place of rule of law in the heart of EU identity.

By some measures, the Hungarian government has never been more at odds with EU institutions and member-states. While the Russian invasion of Ukraine has prompted unprecedented solidarity across the Union, Hungary dragged its heels on banning Russian oil imports. A landslide, rigged, electoral victory for Viktor Orban’s party in April appears to shore up Fidesz’s hand, and its ministers continue to defend anti-LGBTQ laws. But even as Hungarian opposition to mainstream EU policies grows, Hungary’s leverage diminishes. This is due, in no small part, to the ECJ’s approval of the EU budget conditionality regime. The ECJ decision allowed the Commission to trigger the budget conditionality mechanism against Hungary in April, freezing Hungary’s access to roughly 15.5 billion euros in grants and loans as negotiations continue. More broadly, the ECJ decision signaled that the Court, an institution well-known for its role in the constitutionalization of the EU, has entered into the debate surrounding EU constitutional identity.

For years, discourse surrounding the constitutional identity of the EU has been driven by the populist right ensconsed in Hungary in Poland. The Hungarian and Polish governments have long adopted a vision of European identity based on religious (Christian) values and anti-LGTBQ propoganda. The EU’s response has, historically, been tepid, leading for some commentators to call for a parting of ways between Brussels and Budapest modeled on Brexit. But the ECJ has opted for another path, choosing instead to anchor EU solidarity in the rule of law and allow the Commission to cajole wayward member states using the carrot (or stick, depending on how you look at it) of recovery funds.

The entrance of the ECJ into the debate surrounding political identity signals a deep shift in the political skeleton of the European community. Confronted by problems– the global pandemic, ongoing recovery from the sovereign debt crisis, the influx of Ukrainian refugees, and renewed Russian aggression—whose solutions are beyond the capacity of individual states, EU institutions and member states have recognized the need to pool resources in a way that transcends the march towards an “ever closer” economic union that characterized the Community through the 20th century. Titanic, 21st century challenges have provoked an awareness among EU bureaucrats and national leaders alike that the EU represents a “community of fate” such that the fates of individual member states are bound to the fate of the Union as a whole. Further, the conditionality mechanism constitutes a novel tool in the EU’s toolbox. In response to unprecedented challenges, the EU has committed itself to unprecedented solutions in the form of the Next Generation EU (NGEU). NGEU provides the EU with more than 800 billion euros in funds to rebuild Europe after the pandemic. The massive and extraordinary scale of the funding could facilitate the renovation of the EU constitutional order. The budget conditionality resolution, moreover, will be instrumental in ensuring that EU values are upheld not just at the moment of accession, but throughout a member state’s participation in the Union. For the first time, conditionality allows EU institutions to ensure the compliance of member states who have already acceded, during a critical period of rebuilding when economic investment will be more plentiful than ever before.

The apprehension of a community of fate opens up a space for pan-EU solidarity and reflection about the nature of EU identity. In recent years, populists in Hungary, Poland, and elsewhere have responded to the search for identity by loudly proclaiming Europe to be white, Christian, and heterosexual. The budget conditionality ruling represents the ECJ’s first foray into the identity debate, where the Court rejects the populist identity project in favor of an EU devoted to upholding the rule of law.

The budget conditionality regulation introduced a mechanism to shield EU budget funds from being used to facilitate the breach of the rule of law. While preventative measures to avoid negative budgetary effects are not a new tool for EU financial regulation, a measure bordering on Article 7 TEU’s infringement procedure (sanctions for serious and persistent breach) is unprecedented. Further, the Court went beyond the Advocate General’s opinion, emphasizing the essential role the rule of law plays in cementing the values and identity of the EU. Budgetary issues, the Court made clear, are not just about money; they sustain solidarity in the EU, and EU institutions have the competence to protect such values so long as they are substantially linked to the use of EU funds. By raising their challenges to the rule of law in court, Hungary and Poland may have gotten more than they bargained for. Transcending the bare legal issues at stake, the Court asserted that the rule of law is so central to the EU project that EU treaties should be interpreted in a way that allows EU institutions to defend the rule of law. The rule of law is not just evaluated during periods of accession, but remains open to assessment by the Commission for the duration of a state’s EU membership. Additionally, for the first time, the ECJ live streamed its verdict. For a Court fabled for it constitutionalizing in the shadows, the decision to live stream was momentous and symbolic.

Rule of Law and the Constitutional Order

There is a kind of constitutional argument implicit in Hungary and Poland’s legal challenges. Orbán and Kaczynski, the respective heads of Fidesz and PiS, style themselves as the leaders of “illiberal democracies.” It should be noted, of course, that both countries, but especially Hungary, are trending away from democracy itself, never mind liberalism. But that trend does not diminish the rhetorical force of their constitutional argument. The platforms of Fidesz and PiS purport to sacrifice rights protections and the rule of law in the name of popular sovereignty. EU institutions, including the ECJ, have chosen to respond to these populist challenges by doubling down on the EU’s commitment to liberal values, i.e. by tying EU budgetary funding to the protection of rights through the rule of law.

As Joseph Weiler has argued, a community of fate exists when the community recognizes that its constituent parts—the member-states—are responsible for each other. More than solidarity and good will, the apprehension of a community of fate might signal shared fear about the consequences of disintegration. That said, the appreciation of a community of fate might also provide the building block for a general political culture. The awareness of a community of fate rebuffs the Euro skepticism espoused by populists in Hungary and Poland. Despite their rhetorical posturing, leadership of Fidesz and PiS recognize that leaving the EU would be an economic and political disaster. Not only is Poland the biggest recipient of EU aid (Hungary is fourth), but recent surveys show that over 80 percent of Hungarians and Poles want to remain in the EU. At least for the foreseeable future, it would seem that the fate of Hungary and Poland is tied to the European Community. The populist platitude about “soulless” bureaucrats in Brussels has, upon reaching a crescendo in Poland and Hungary, prompted the European Union to identify its soul.

Recent legal developments in the EU legal order, rather than being ad-hoc responses to transient crises, have arguably corroborated the trend towards acknowledging the idea that the EU exists as a community of fate. The mutualization of debt achieved through NGEU has been described as Europe’s Hamiltonian moment, a historic financial integration that testifies to renewed European economic and political solidarity. The extraordinary nature of the pandemic has prompted Germany to lend more support to the fiscal capacity of the Eurozone than it ever has in the past. Similarly, the EU’s response to the invasion of Ukraine has demonstrated an unprecedented level of solidarity in the face of mass immigration.

The confluence of two extraordinary events—the pandemic and the invasion of Ukraine—makes a clear case for enhanced European integration. Even the most nationalist, xenophobic rhetoric used by politicians in those parties betrays their commitment to the European community of fate. When Orbán sought to defend his harsh immigration regime, he positioned Hungary as the defender of Western, Christian civilization. The invocation of a European civilization, despite its chauvinist overtones, shows that Orbán recognizes the need to appeal to a community beyond the nation-state. Whereas the ECJ has identified the rule of law as the basis for EU solidarity, Orbán champions Christianity. But both visions for Europe implicitly recognize that there is a glue binding the member-states of the EU that transcends market integration. The judges in Luxembourg and the autocrats in Budapest and Warsaw resemble rival politicians in a national election: they articulate competing visions of the national character, but neither deny that the nation has a character to begin with.

Hungary remains the only country whose recovery package has not been approved by the Commission. The reforms being sought may arrive too late to save Hungarian democracy from authoritarian capture, but EU’s willingness to trigger the mechanism suggests a renewed emphasis on EU solidarity. For the first time, EU institutions can activate a conditonality mechanism outside the accession process, allowing EU organs to self-consciously promulgate a community founded on rule of law. Poland is due for parliamentary elections in 2023. PiS would do well to heed the economic consequences of Hungary’s intransigence, which include a tumbling Forint and growing inflation. Though popular, PiS does not have the ironclad institutional grip that Fidesz enjoys and, as the largest recipient of EU funding, Poland remains vulnerable to changes in their disbursement. Even if the mechanism proves incapable of turning the tide in Poland, the sheer amount of funding at stake combined with the ECJ’s clear solidarity with the rule of law may push PiS to soften its more radical policies. If nothing else, with this decision the Court has signaled that it will be more strident than ever before in linking EU constitutional identity to support for the rule of law. 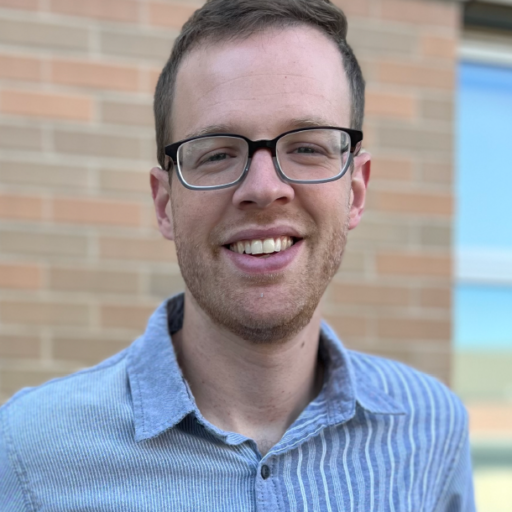