Frontex, the Rule of Law and the Quest for Accountability

The recent resignation of the Executive Director of Frontex disguises in fact the many structural problems and flaws resulting from the hybrid exercise of significant executive powers within a shallow legal framework. This blogpost argues that this leads to a lack of clarity, adequate controls and safeguards which in turn creates fertile ground for abuse of power and unaccountability.

‘Agencification’ as a complicating factor of EU (hybrid) administrative integration

Illustrative of the dynamics of European administrative integration, European Union (EU) agencies are continuously ‘on the move’, as they are gradually given more extensive tasks and powers, including powers to directly implement and enforce EU law. Yet somewhat paradoxically, EU agencies are still lacking a clear legal basis (in the Founding Treaties) and a general legal framework concerning their set-up, operation and powers. As a result, EU agencies have been created and designed in a rather piecemeal fashion, through individual instruments of secondary legislation reflecting to varying extents specific circumstances of the policy fields, in which these bodies operate. One essential element for understanding the role of EU agencies within the Union’s shared or composite administration, is their hybrid nature, in between the EU institutions and the Member States. This is reflected, for example, in their organization, the relationship with EU and national actors, and the nature and exercise of their functions and tasks. EU agencies thus serve both the EU (in particular, the Commission) and the Member States. They fulfill an important connecting function within the framework of EU policy implementation between the Union level on the one hand and national administrations on the other.

EU external border management, where Frontex has gained executive and operational powers that are intertwined in intricate ways with those of relevant Member State actors, is symptomatic of an ongoing phenomenon of increasingly hybrid integrated EU administration.  The case of Frontex also reflects another trend, namely that speedy EU administrative integration is not always matched by sufficient consideration for legal certainty, legal safeguards, legal protection, and effective accountability regarding hybrid EU law implementation and enforcement. This, in turn, leads to accountability gaps and ineffective legal review, (unsanctioned) fundamental rights breaches, and ultimately disrespect for the rule of law.

Addressing such shortcomings is most salient within the ‘highly sensitive’ hybrid field of EU integrated border management, featuring an inexorable tension in pursuing effective external border management, while fully protecting fundamental rights and respecting the rule of law. This demands careful reflection on (1) the role that Frontex is expected to fulfill in EU external border management, (2) the sharing of executive powers among the Agency and Member States’ actors, as well as (3) the design and operation of the current system of legal safeguards, controls and accountability in the Frontex Regulation.

Guided by a rather broad and ambiguous European Integrated Border Management concept (currently enshrined in Article 4 of the Frontex Regulation), the Union’s external border management has become increasingly hybrid in nature featuring a ‘multi-actor’ European Border and Coast Guard, comprised of Frontex and national competent authorities often interacting in convoluted ways, subject to heterogenous legal frameworks combining EU and national law. In just a few years, through two successive legislative reforms in 2016 and 2019, Frontex made a ‘quantum leap’ from a rather traditional EU agency equipped with lighter supporting and coordination tasks, to a much stronger EU administrative body entrusted with quite significant and controversial operational capacities and enforcement powers, including on the territories of third countries. In particular, after 2019, Frontex and its staff may, along Member States’ border guards, exercise executive powers during operations at the Union’s external borders. Against these developments, hybridity occurs on different levels in EU external border management. First, it concerns the composition of Frontex featuring both Member States’ and Commission representatives within its leading Management Board (Article 101 of the Frontex Regulation), on the one hand, as well as a mix of Frontex and (predominant) Member States’ staff within its operational standing corps (Article 54 of the Frontex Regulation), on the other hand. Second, it concerns the exercise of operational and enforcement powers giving expression to the shared responsibility of the Agency and the national competent authorities for EU external border management (see Article 7 of the Frontex Regulation), with the disclaimer that Member States retain ultimate control over their external borders and may decide not to involve Frontex in their border management operations. Third, it concerns the legal framework governing external border management operations, which consists of a mix of EU law and national law, usually of the host Member State, whereby Frontex and its staff not only apply EU law but also national legislation. The latter is best illustrated by the binding Operational plan concluded between Frontex, the host Member State, and other participating Member States for each joint operation.

The hybridity of EU integrated border management brings with it a number of problems and challenges that are not sufficiently dealt with in the current Frontex legal framework.

To begin with, the rather ambiguous blending of Frontex and Member States’ staff and powers, exacerbated by a general lack of transparency regarding Frontex’s activities and operations, make it very difficult to understand who does what and who is responsible for what. This brings about the so-called ‘too many hands’ problem and leaves room for blame avoidance and blame shifting in EU external border management operations, thereby impeding legal review and accountability.

Next, the complex mix of EU and national law that governs operational activities at the EU external borders may create uncertainty as to the legal framework applicable to the specific actors, instruments or activities. For example, the ambiguity surrounding the legal qualification of the hybrid operational plan (subject to both EU law and the national law of the Member State hosting the joint operation) -as an EU or a national legal act- is telling in this regard.

Finally, one may wonder whether the accountability and legal review system set up under the Frontex Regulation and premised on the traditional orthodoxy originating in the Foto-Frost jurisprudence, according to which only EU institutions and the Court of Justice of the European Union may hold the Agency accountable and review its activities, is still fit for purpose. This can be questioned in view of the hybridity of Frontex, and its operational environment, for instance, when the Agency and its staff abide by both EU and national law. Besides the difficulty for EU institutions and courts to review Frontex’s actions carried out under hybrid EU and national law frameworks, one may wonder about the legal review of the Agency’s operational and enforcement activities that do not amount to legally binding acts (for instance, supervisory and advisory activities during the implementation of joint operations, data analysis supporting operational instructions to border guards or factual conduct such as preventing the crossing of the EU external border), but nevertheless may entail significant legal consequences, including potential breaches of fundamental rights.

It thus seems that the Frontex Regulation leaves several accountability and legal review blind spots. This, in combination with the hybrid intricate legal framework and the rather obscure operational environment in EU external border management, creates room for the exercise of insufficiently checked discretionary executive power, with repercussions on the respect for the rule of law (as argued by Luisa Marin in her blogpost) as well as for the fundamental rights emphatically stated in the Frontex Regulation.

Hybrid EU external border management should not come at the cost of legal certainty, accountability, and legal protection, as otherwise respect for the rule of law and fundamental rights is jeopardized. It should not shield Frontex and the national competent authorities from scrutiny and legal review for their share of responsibility in the Union’s integrated border management. This requires that granting Frontex more extensive operational and enforcement powers must be matched by commensurate safeguards and controls.

Such safeguards and controls are both a matter of legal design and of practical implementation. In my view, the unfortunate scandals surrounding Frontex’s activities and culminating with the resignation of its Executive Director reveal shortcomings on both the European, as well as the national level. For instance, the Frontex Regulation could bring more clarity on the division of tasks between Frontex and national competent authorities, as well as on the applicable legal framework in the context of operational activities. Similarly, the Regulation needs to better reflect what is expected from the Agency in terms of compliance with fundamental rights in view of its role and tasks in EU integrated border management. Next, as a premise for effective scrutiny and accountability, Frontex’s reporting and transparency obligations could be further enhanced and extended, and properly balanced against the need for confidentiality required by effective law enforcement cooperation and operations.

Last but not least, the system of controls, accountability mechanisms and legal remedies which are currently enshrined in the Frontex Regulation deserve a closer look. While on paper the Agency seems to be subject to a plethora of controls and review procedures and mechanisms, one may wonder how suited the said controls and procedures really are in view of the hybridity characterizing EU external border management, and thus, how effective they are in practice. There are ways to improve upon this. In short, there are recurring calls for improving the unsatisfactory individual complaints mechanism against fundamental rights breaches, enhancing the role of the Fundamental Rights Officer or enshrining better articulated redress and compensation mechanisms. However, a more fundamental question arises whether the current stage of administrative integration in EU external border management, whereby Frontex executive powers are closely intertwined with those of national border guard authorities, and exercised within hybrid legal frameworks combining EU and national law, call into question the adequacy of the traditional accountability and legal review model according to which only EU institutions and courts may hold the Agency accountable and review its acts.

Two solutions can be envisaged in this respect. First, the current system can be maintained but adapted to the realities on the ground. The adaptation should be premised on enhanced cooperation between European accountability fora and courts and their national counterparts with a view to ensure full scrutiny over Frontex’s activities. This possibility is actually enshrined in Article 112 of the Frontex Regulation for the European and national parliaments. Second, accountability and legal review gaps can be addressed by matching hybrid EU external border management with somewhat hybrid accountability and legal review designs. Here one may envisage composite parliamentary structures bringing together Members of the European and members of national parliaments, like the Joint Parliamentary Scrutiny Group (JPSG) for Europol. What is more,  shared judicial review between the CJEU and national courts could be contemplated. This could entail an intermediate scenario, similar to the judicial review of the acts of the European Central Bank within the Single Supervisory Mechanism, premised on exclusive review by the CJEU but in tight cooperation with the national courts (and with due consideration for their jurisdiction) on matters pertaining to the application of national law by an EU body. Yet a more radical hybrid judicial review scenario could also be envisaged: the CJEU would review Frontex’s acts based on EU law whereas national courts would have jurisdiction over Agency’s acts based on national legislation, as is the case for the European Public Prosecutor’s Office. 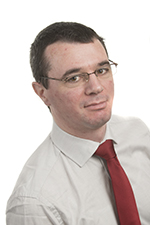