In early February 2021, the Danish Parliament took the extraordinary step of initiating an impeachment trial against Inger Støjberg, Minister of Immigration between 2015 and 2019. The trial is the last chapter in a controversial and complex case on the treatment of asylum-seeking couples, where one partner is under 18. In 2016, the Minister issued a directive about the separation of all such couples, without exception, and the administration carried it into effect. This directive was later declared clearly illegal according to both Danish administrative law and the European Convention on Human Rights.

The case is an illustration of an ongoing tension between constitutional law and human rights on the one hand, and Danish immigration policy, on the other.

Only 30 years ago, the Danish Court of Impeachment was on its way to the graveyard. It had not been activated since 1910, and no one really believed in its revival. An impeachment case in the beginning of the 1990s, however, changed this situation. In 1995, the former Minister of Justice, Erik Ninn-Hansen, received a suspended four-month sentence for preventing Sri Lankan refugees from making use of their right to family reunification. Immediately afterward, a critical self-examination took place in the Danish State Administration, as the civil servants had been unable to put their foot down in the face of an insistent minister and thereby not prevented the illegal actions. Ethical guidelines were produced to prevent similar incidents in the future. The Court of Impeachment could now return to its slumber.

Denmark has a long tradition of minority governments, and a reputation for a strong parliament with effective controls – for example, a vote of no confidence in order to force a minister to resign – to hold the government accountable. Against this background, you would not expect a strong need for activating the Impeachment Court against an offending minister. However, the Impeachment Court has now been reawakened and it is not surprising that the disputed case once again concerns immigration policy – a Danish problem child in constitutional and human rights.

Separation of all young asylum-seeking couples

In February 2016, in the wake of a public debate on so-called ‘child brides’ (referring to marriage between a girl under the age of 18 and an adult or another child), Inger Støjberg, then Minister of Integration, declared that asylum-seeking couples in Denmark, where one partner is under 18, were to be separated and prevented from living together. This order was announced in a press release, without mention of any exceptions. Immediately afterward, the separation of young couples began at the asylum centres. Twenty-three couples were separated, without evidence of forced marriage or partnership, even where the couples had children, or the spouse was pregnant. In most of the cases, the age difference was not significant; in several instances the women was 16 or 17 and the man only a few years older.

The ministerial order to separate the couples raised concerns from independent legal experts. For one, there was no individual assessment of the affected couples. For another, the measures potentially breached the right to family life, protected in Article 8 of the European Convention on Human Rights. However, it was not until a Syrian couple complained to the Ombudsman, after they were placed in separate asylum centres, that the case started to accelerate. In March 2017, the Ombudsman published a remarkable assessment of the case, stating that the ministerial order was highly problematic.

The Ombudsman flagged possible violations of fundamental administrative law principles in national law, as well as international human rights obligations. However, the Ombudsman was not able to draw precise conclusions on these specific legal matters, as the Danish Ombudsman lacks investigative powers and bases its assessments only on written material from the involved public authorities.

The serious critique from the Ombudsman caused the parliamentary opposition to raise questions, leading the Immigration and Integration Committee to invite the Minister several times in the spring of 2017, to examine the matter. The political pressure on the Minister intensified, as disclosures in the media indicated that she had been expressly warned about the unlawfulness of the separation practice by her department. The explanations from the Minister, unfortunately, did not actually shed much light on the further circumstances of the case, as Støjberg provided differing statements to the Parliament over the months. She continuously maintained that she acted to protect the young girls, and that there was no cause to blame the Ministry of herself personally.

At the time, the opposition towards the Minister and her questionable practice towards asylum seekers did not constitute a majority of the Parliament. Denmark does not have a minority protection as recommended in the Council of Europe resolution no. 1601/2008, which provides for the right to request a committee of inquiry if a quorum of one-quarter of parliamentarians is reached (guideline 2.2.8). In Denmark, the establishment of a commission of inquiry or of similar instruments requires a simple majority. Hence, it is quite difficult to succeed in setting up an independent inquiry into potential abuse of power, if the minister is popular or the matter at stake is politically controversial.

Only after the shift of power after the general election in spring 2019, was there a majority to establish the proposed commission of inquiry. The recent decision on activating the Court of Impeachment is the direct result of the clear conclusions this commission drew in December 2020. The inquiry found that the directive from the former Minister was clearly illegal, and that the Minister had received explicit warnings from the civil service that the separation of couples without exception was unlawful. Moreover, the commission concluded that the Minister misled the Parliament, as she gave an incorrect or misleading description of the course of events. The commission of inquiry has yet to draw conclusions regarding the responsibility of individual civil servants.  This sub-report is expected to be published on 26 April 2021.

It is hardly coincidental that this scandal is about immigration policy.

In recent decades, the political landscape in Denmark had been considerably influenced by the right-wing populist party, The Danish People’s Party. It advocates in favour of harsh immigration policies and against international human rights norms, when such norms hinder restrictive stances towards immigrants and refugees. Compared to many other European countries with similar right-wing populist parties, the Danish People’s Party has had significant political influence, especially in the years 2001-2011 where the party was a permanent support party for the Liberal-Conservative minority government and succeeded in pressuring it to initiate a range of strict measures towards immigrants. To some extent, the Danish People’s Party has maintained its significance since, as the established parties have integrated the strict-on-immigration position in their policies. Even though the Party no longer has a pivotal position in the Parliament, after a considerable election defeat in 2019, immigration policy has gained a reputation as the golden ticket to remaining in office in Denmark.

This special status of immigration policy is important for many reasons. First and foremost, there is an ongoing tension between current Danish immigration policy on the one hand, and constitutional law and human rights on the other, with political initiatives testing the boundaries. When prosecuting Støjberg, the politicians may be suspected of departing from the tough line on immigration. For example, the current Social-Democratic government gave an explicit election promise not to alter the strict immigration policies. Likewise, the competing Liberal Party has had a very strong card in Støjberg, an immigration hardliner, and has spearheaded the further tightening of asylum and immigration rules. Therefore, it hasn’t been an easy decision for the Danish parliamentarians to vote for the impeachment trial against the former Minister of integration.

The question is whether the impeachment trial is good news or bad news from a constitutional law and human rights law perspective. That is not an easy question to answer. For one, it is alarming that these infringements of the rights of asylum seekers were taking place, even though the unlawfulness was quite clear. It is thought-provoking that the professional bureaucracy assisting the minister did not succeed in hindering or preventing this maladministration. For another, the decision to initiate a trial against the responsible Minister can be seen as a reinforcement of the basic elements of a “Rechtsstaat”, namely that also ministers – even the popular ones – are accountable to the law. 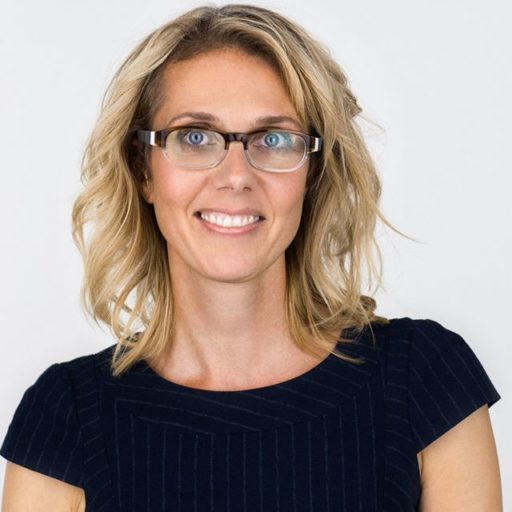