This post introduces a proposal to promote the long-term interests of humanity and to avert existential and other catastrophic risks, such as those resulting from extreme climate change, pandemics and unaligned artificial intelligence, through the adoption of a novel legal decision rule: in dubio pro futura. In the face of legal indeterminacy, when the law does not provide a single correct answer but a range of several acceptable answers, courts should choose the one most favorable to the future of humanity. The rule seeks to broaden the narrow perspective of judicial decision-making to encompass the future. It aims to positively impact the future by considering the interests of those in the future, who lack a voice in current democratic systems and representation in court but will be affected by them all the same. The following sketches a basic legal-philosophical argument for the futura rule and addresses worries that it may undermine the rule of law by introducing irrelevant factors into legal reasoning. Such concerns are taken seriously but may not run deep; indeed, the futura rule may even strengthen the rule of law by curbing the influence of extralegal factors on legal reasoning. As we wish to motivate an international debate, we refrain from details of specific legal systems. Of course, local adaptations may be necessary, as the prevalence of indeterminacy and the means to address it differ across jurisdictions.

I. The futura rule

In cases of doubt, i.e., when the law does not provide a single correct answer and several answers are equally acceptable, courts should choose the one that is most favorable to the long-term interests of humanity. This pertains to judicial decisions in a concrete case or, when courts develop new norms, to those norms newly created.

What those long-term interests are warrants further discussion. For the moment, let us assume that identifiable interests exist, such as averting catastrophic and existential risks and preserving the factual preconditions for the enjoyment of fundamental rights, with climate change as a prime example. The futura rule comes with several qualifications and can be formulated in different versions of varying strength. We present a modest version here. If it fails, more demanding versions are not worth exploring; if it is persuasive, one may see how far it might go. It is modest because it is a subsidiary rule, subordinate to other decision rules; it kicks in if and only if all other rules have run out. The futura rule is the endpoint of a decision-making procedure. As such, it does not curb or contradict other legal rules, it complements them.

Decision rules are familiar to legal systems. For instance, a rule of German Criminal Law, in dubio pro reo (from which the futura rule borrows its name), holds that courts must find in favor of defendants if facts of a case remain in doubt. The US rule of lenity states that indeterminate criminal statutes must be constructed most favorable to defendants. Other examples include in dubio pro natura emerging in Latin American jurisdictions and in dubio pro homine in Japan. The futura rule is modeled on such decision rules and, as it is subsidiary, applies only if these rules fail to generate a single correct answer.

Unlike many contemporary attempts to legally address the climate catastrophe in particular, the futura rule neither generates nor presupposes novel rights of future persons or generations. The futura rule is neutral towards such endeavors (but shares background assumptions such as the need to recognize future interests). Moreover, the futura rule does not change the body of applicable norms, as it is merely a formal decision rule in cases of legal indeterminacy. This leads to an intriguing feature: The futura rule does not strip anyone of legal rights, nor does it make anyone worse off in terms of legal entitlements. It only reduces the factual chances of a party to win a case. Put differently, no party can complain about suffering setbacks to firm legal entitlements because of the rule. For a better understanding of this feature, let us look at the triggering conditions of the rule.

The futura rule only applies in cases of legal indeterminacy, i.e., situations where several decisions (a set of D1 to DN) are equally acceptable under the law. Judges or scholars may have reasonable disagreements about such cases. Whether and to what extent legal indeterminacy exists is one of the big controversies of legal theory. Ronald Dworkin’s thesis that there is one right answer to every legal question, famously denies it. But in legal practice, indeterminacy is widely accepted. Even the then president of the German Constitutional Court, Andreas Voßkuhle, called the single answer thesis a “misunderstanding”. Many scholars consider indeterminacy an unavoidable feature of complex legal orders.

Indeterminacy has some intriguing consequences that might not always be fully appreciated. Decisions outside of the set of acceptable outcomes, D1 to DN are false. But as long as outcomes remain within this set, parties have no legal grounds to complain (notwithstanding procedural aspects). This leads to an interesting feature of the futura rule: Although it factually changes outcomes of legal cases, it does not deprive parties of firm legal entitlements. Under the futura rule, all parties get what they are entitled to: an acceptable decision. Pointedly speaking, the futura rule changes factual outcomes in favor of the future without touching definite legal claims or entitlements.

Moreover, the futura rule may also help to curb the influence of extralegal factors on judicial decision-making. Several empirical studies suggest that legal decisions may be affected by a range of dubious factors, such as the political attitudes and identity of judges, the time of day, and non-truth-seeking cognitive biases and heuristics. This influence of extralegal factors does not come as a surprise to legal theory. When the law is indeterminate and falls short of providing a definite answer, something extra legal must come in. Nonetheless, extralegal factors threaten the rule of law. Counteracting them requires legal systems to adopt decision rules that overcome indeterminacy. By doing so, the futura rule strengthens the rule of law.

The futura rule surely needs to be justified, as is sketched here. The standard for justification is contingent and relative: Under contemporary conditions, the futura rule is better than its alternatives. One benefit is that the rule is neutral and impartial towards the parties to a dispute. The beneficiary of the rule is a third-party: the future of humanity, which is equally distant from most litigants.

Substantively, the rule must be justified under different legal and ethical frameworks. Three arguments may suffice here. The first derives from the idea of democracy as the political system in which everyone affected by a decision has a right to participate in the decision-making process. Today’s political decisions may dramatically impact future generations, without them being adequately represented in the process. At minimum, their interests should be taken into consideration as a tiebreaker for otherwise indeterminate conflicts. The second argument is consequentialist: Human interests and overall well-being are served best when the judiciary expands its view to encompass the potentially far-ranging future. The third argument draws on the idea of deontological accounts of intergenerational justice. If there are duties towards the future, the futura rule is one way of discharging them. The existence of such intertemporal duties is increasingly accepted by legal stakeholders. Of course, much more could be said here, but these three arguments establish a prima facie justification for the rule that is, we suggest, better than the influence of existing extralegal factors.

Finally, what might long-term interests of humanity be? As any decision rule must be workable and not too speculative, a council for the future of humanity focused on catastrophic and existential risks might advise courts in the future. For the time being, averting extreme climate change and preventing future pandemics are surely among the most important interests. Courts should thus follow the advice of institutions such as the Intergovernmental Panel on Climate Change.

More generally speaking, the futura rule is at least a symbolic antidote to the idea that justifications for legal decisions arise from the past. While we understand why chains of legitimacy extend backward in time, we must also note the absurdity of the fact that highest courts, such as the US Supreme Court, turn to historians to identify how a term would have been understood in the 18th century. It is not the ordinary people of the 18th century to whom we must justify today’s actions–it is the people of the future. 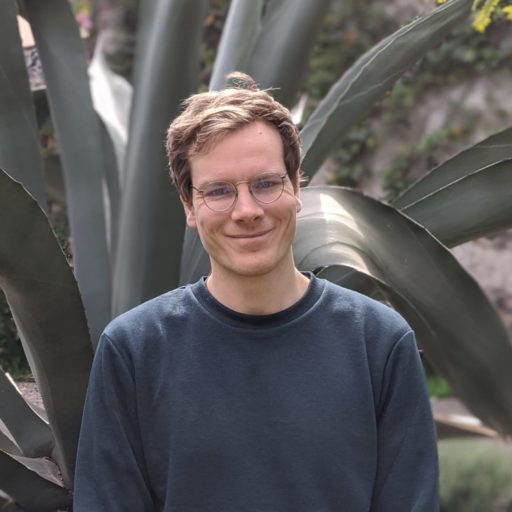